Home > Ekota: Helping Migrants in the Face of Climate Change

Ekota: Helping Migrants in the Face of Climate Change

Ekota: Helping Migrants in the Face of Climate Change

Mas Mahmud and Leen Youssef, former refugees and alumni of Sciences Po, transformed their experiences into a mission to help displaced persons while taking action to counter climate change. Interview.

You recently launched an association called EKOTA. Can you tell us about it? What is the significance of the name EKOTA?

We are four co-founders who share the same values ​​and ideas. A large number of actors work to address the issues of integration of displaced persons (refugees, asylum seekers, migrants, stateless persons). However, we believe displaced persons often know best what their needs are, as well as the barriers they face when addressing those needs. Their awareness of their own resilience and strengths puts them in a better position to act than external actors. Members of host societies that interact daily with displaced persons also have a deeper understanding of integration. The equal participation of these two groups in integration programmes and measures can strengthen support and social cohesion.

That is why we created EKOTA, which means 'unity' in Bengali, with the aim to facilitate and highlight collective and individual actions that address integration issues faced by displaced persons while contributing to raising awareness on climate crisis. Our ultimate objective is to ensure that refugees become actors as opposed to subjects.

Regarding your own journey as a refugee, what were the greatest challenges you had to overcome?

Leen: Starting over is never easy. The language was one of the biggest barriers, but administrative procedures and making new friends were also challenging. Finding a way to validate experiences and transform skills into a job opportunity and trying to build a new life with the weight of the old on our shoulders are not easy, but with our resilience and the support of the host community we manage to do it.

Mas: I would argue that for me there are three challenges: first, constantly being disapproved of and not taken seriously, as a form of stigmatisation and victimisation, especially by those working in the humanitarian field. Second, finding a balance between my life at home and my life here surrounded by a newly built support system is very challenging. Third, just as most displaced persons, another challenge is to be professionally integrated in the employment sector. Overall, because I work in the humanitarian and migration sector, my personal experiences of displacement and the emotions derived from them could also hinder my professional input in some ways. 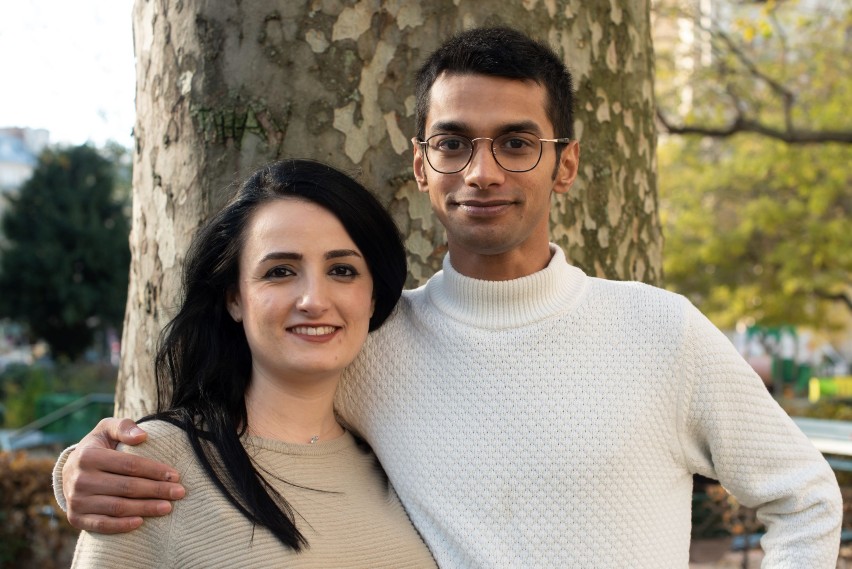 Are there certain issues that impact the lives of displaced persons that are overlooked in the mainstream discussion on the subject of migration?

Leen: All policies and efforts go towards fulfilling basic needs and because we are still struggling with the basics, many problems are overlooked, such as psychological health: there are problems like isolation, depression, post-traumatic stress disorders, the challenges of adapting to a new culture, dealing with grief and loss; these problems affect employment and integration and they are seen as secondary problems and sometimes not even acknowledged or considered. That's why it's important to include persons concerned in all aspects of policy and programming, letting them speak and taking into consideration their views. And in addition to this, the fulfilment is based on the needs of the host society who receive them directly, not just displaced persons - and we need to take both points of view into consideration.

Your goal with EKOTA is to link the fields of migration and sustainability. Can you tell us more about how and why these issues are intertwined?

Mas: The climate crisis will lead to more displacement in the decades to come. It will be necessary to be prepared and anticipate responding to a large number of displaced persons who are likely to have different needs. We aim to link migration and sustainability by working with displaced persons and members of host societies to reduce their individual environmental footprint and raise awareness on the issue. Drawing on the lessons learned, we aim to provide our understanding of the root causes of displacement, the different needs of displaced persons due to the climate crisis and provide support to actors to better respond to these needs.

Do you feel that the media treats the subject of migration fairly?

Leen: I feel migration is often associated with threats to the host society. As a carrier and facilitator of news, the media plays a role in contributing to creating fear, in a sense of losing cultural identity due to migration influx, and by using terms such as ‘crisis’. It also plays a role in creating and spreading negative connotations around migration issues, mainly by portraying displaced persons as a mass of people who are primarily vulnerable and in need, and not distinguishing between migration and forced displacement. Migrants are also instrumentalised, especially around election periods.

EKOTA is hosting its first event on 23 December. Can you tell us about it; what is the purpose of this event?

Mas: It is important to come together and share the spirit of Christmas. Many among us, including refugees, are not able to do so. Traditional actors tend to be absent during the festive period. Therefore, we are organising a festive dinner event to create social bonds and promote social cohesion. This event aims at bringing marginalised displaced individuals and Parisians together in the hope that people from different backgrounds can celebrate the end of year festive activities together. We are also asking for people to support us in organising this event by contributing to our crowdfunding campaign.

What are your hopes for the association in one, two, five years from now?

Mas: During the first couple of years, we aim to facilitate the roles of displaced persons with any and all actors that work with them and addressing the issue of climate crisis by:

Our goals for the association in five years’ time are broader. We aim to ensure that displaced persons possess the ability to influence each decision that affects their well-being, and that these decisions are bolstered through their equal and meaningful participation - while also contributing to the shift towards a sustainable and carbon-neutral society.

If you could change something immediately, from today, what would it be?

Leen: I would enact strict legislation against smugglers who endanger the lives of displaced persons and threaten their families, forcing them to work illegally during their displacement, and often in host societies, to pay off huge debts.

more about Ekota: Helping Migrants in the Face of Climate Change