The Corona Virus in the Middle East and North Africa: "Arab Exceptionalism," Once Again ?

Please also refer to the update at the bottom of this contribution.

In these testing times some of the—rare—good news seems to come from the Middle East or, more precisely, from the Arabic speaking countries on the Southern shores of the Mediterranean and in the Arab Peninsula. Figures provided by Le Monde based on the now famous Johns Hopkins coronavirus statistics1 (as updated on 18 May 2020) show very low numbers of confirmed cases and deaths per population size compared to much of Europe or North America. By and large, the number of confirmed cases remains below 200, often below 100, and in a number of countries below 10 per 1 million inhabitants; the number of deaths almost everywhere remains below 10 for the same number of inhabitants. Respective figures for France are 2,126.9 and 419.6, for Spain 4,937.4 and 589.9, and for the United States 4,544.3 and 273.7. Advocates of “Arab exceptionalism” may feel vindicated all the more as this time the exception is not the deplorable large-scale absence of transitions from authoritarianism but the welcome protection of public health, perhaps even encouraged and facilitated by the former.

Government reaction to the threat of the coronavirus in some cases was strong and swift, even prophylactic. Jordan at times imposed not only confinement but full-fledged curfews reinforced by prison sentences of several months; member states of the Gulf Cooperation Council (GCC) rapidly built and showcased dedicated field hospitals. Generally, measures resembled those taken elsewhere to limit contact among individuals and thus the spread of the disease. Schools, mosques, churches, restaurants, and other public venues were more or less consistently closed, borders were sealed off, people were requested to stay at home. Some of these decisions affected established practices of believers such as the “small” pilgrimage to Mecca and public meals to break the Ramadan fast. In Syria the armed forces temporarily suspended conscription; in various countries prisoners (but not political prisoners) were released, at least for the time being. No doubt authoritarian rule sometimes facilitated such measures, in particular heavy-handed ones like curfews.

However, as often overtly repressive action seems to reflect the awareness of the rulers that they lack the capacity to confront the challenges through more subtle, complex, and indeed appropriate measures. It is far easier to systematically arrest the few who fail to respect a curfew than to check whether those who leave their homes do so for a good reason. Frequently the measures decreed, including physical (rather than “social”) distancing were or could not be consistently implemented. Such lack of capacity comes as no surprise in countries that, except for the GCC, find themselves in the “lower” or “lower middle income” brackets; nor is it unexpected in “higher middle income countries” like Lebanon, Iraq, and Algeria where such income is highly concentrated. No doubt, the strain on resources, already perceptible in “normal” times, strengthened the denial which some governments indulged in; particularly easy to practice in the absence of accountability, denial is nonetheless not the preserve of governments that are commonly called authoritarian as responses in Europe and the United States amply demonstrate.

Lack of capacity, often aggravated by distributional policies that (re)produce poverty and inequality and by the lack of transparency associated with authoritarian rule, may also explain at least part of the low infection and death rates that are reported by individual countries. This is not to claim that only policies and conditions, including economic conditions, created or heavily affected by political decisions explain the spread of diseases in time and space which may depend on a host of other factors ranging from travel patterns to climate to sheer luck. The relative importance of the various causes will have to be assessed at a far later stage. However, governments which already implement austerity policies hardly volunteer to publicly recognize an additional and costly challenge. Death certificates may as well record pneumonia. Nor do governments have the budgets and technical means to monitor developments, test the population, and treat the sick. 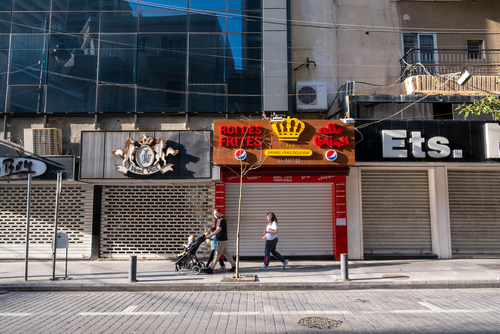 The matter is further complicated in the countries marked by violent domestic conflict often referred to as “civil wars”. Military action, its preparation, and its consequences remove vast stretches of land and large numbers of people from the reach of surveys and protective measures, be they implemented by governments, their political and territorial challengers, or non-governmental actors who sometimes manage to work in these areas. A recent report2 by the Center on International Cooperation at New York University (CIC, NYU) on the health situation in the area around Idlib in Syria counted some ten thousand inhabitants per physician. No viable data can be expected from places where hospitals are bombed and people are displaced or have to take refuge abroad.

So far, the spread of the disease has not much contributed to easing or even ending such violent domestic conflicts. In Yemen a cease fire announced by Saudi Arabia early April 2020 was rejected by the Huthis. In Libya the two major camps (however internally divided they are), the Government of National Accord presided over by Fayiz al-Sarraj and the Libyan National army under Khalifa al-Haftar, continue to face each other. In Syria the government maintains its pressure against Idlib, even though military action has somewhat subsided. None of the conflicts is closer to a solution today than it was before the pandemic started. Nor has the disease reduced the—still largely peaceful—popular contestation that the Lebanese government and the political forces it relies upon have faced since October 2019. In Iraq, in contrast, the pandemic has at least not prevented an agreement among competing political forces on the long-postponed formation of a new government in early May. In Algeria it, no doubt temporarily, brought to an end a year-long cycle of mass demonstrations against the government and the military, partly because of the health hazards associated with collective action, but partly also because the demonstrators seek to emphasize their credentials as responsible citizens.3 In the historically most consolidated states, governments for the time being have benefited from the rallying effects of a general or “national” emergency and the initial or seeming absence of large-scale losses in lives and livelihood. The effects are the same in Egypt, Tunisia, and Morocco, but they may not last. Such diverging outcomes, be they temporary or lasting, only show that the virus and reactions to its spread are one of many factors shaping politics.

In the longer term, much will obviously depend on the direct and indirect impact of the disease on Middle Eastern economies. In most countries the disease and protective measures like confinement have heavily affected economic activity and therefore the livelihood of the majority of people, in particular but not only those at the bottom of the social pyramid. In the countries that are not themselves major oil producers, financial transfers from the latter may quickly dry up. Remittances from expatriate workers are a case in point, and this all the more so as the workers themselves may simply be expelled and return home to be unemployed. Egypt alone has some 6 million expatriate workers in the Gulf who easily feed or improve the living conditions of a quarter of the country’s population of about 100 million. Tourism is another victim; few other sources of currency are available. Struggling with a broadly falling oil price since 2014, the major producers have, since the onset of the coronavirus crisis, faced a yet deeper—and sudden—decline in government revenue with equally important trickle-down effects in their wider, still hydrocarbon based, economies. At around US $30 per barrel or lower, oil revenue is about half of that budgeted by governments. The price of natural gas has roughly followed the same trend. The additional trouble for oil and gas producers is that the decline in revenues may make it more difficult to engage the transition to a more diversified economy as Saudi Arabia for instance plans under its ‘Vision 2030’ programme.

While these questions cannot be answered at this point in time, they entail another, no less important one that pertains to developments at a global scale. Who will pick up the pieces if and when the coronavirus crisis shakes to their foundations economies that, like in the population-rich and hydrocarbon-poor states, have been struggling for decades, or that, like in the wealthier ones, have failed to diversify?

In key respects the remarks made in the initial contribution have been borne out by developments on the ground over the past six weeks; at the same time these developments enable us to fine-tune and reassess some of them.

According to figures published by Le Monde on 8 July 2020 (again based on data compiled at Johns Hopkins University), reported covid infection and death rates remain particularly low—and therefore suspicious—in countries torn by violent internal conflicts (which obviously continue to have important external dimensions). Figures for Yemen thus show no more than 45.6 infections per 1 million inhabitants, for Syria as little as 22 infections for the same number of inhabitants; only figures for Libya show a considerable rise to 176 cases per 1 million people.

As already at the beginning of the epidemic, middle income countries without open domestic conflict report a larger number of cases. The figures nonetheless need to be treated with caution as for want of resources the capacity of these countries to register and examine (suspected) cases of infection also remains circumscribed. Algeria now reports 399,7, Morocco 405,4, and Egypt 785,1 infections per 1 million inhabitants; these figures are more than the double of those reported by Libya. However, two middle income countries seem to have done better than the others: Lebanon officially counts 278,4 infections per 1 million inhabitants; Jordan reports only 117,4 cases, less than Libya but far more than Yemen and Syria. With 239,1 infections per 1 million people, Sudan remains an outlier of sorts. Figures are lowest in Tunisia which reports no more than 104 infections per 1 million people. Further research may show whether the popular, civil society, and overall political dynamics and transparency of a formally democratic regime explain the differences with thoroughly authoritarian countries in the same income and state capacity range. With 1688,4 reported infections Iraq remains another outlier, possibly due to its many exchanges with Iran which is also highly affected by the epidemic.

As already at the beginning of the crisis, countries with higher incomes and greater state capacities report the highest numbers of cases. Saudi Arabia for instance now reports 6442,3 infections per 1 million inhabitants, roughly the same as the United Arab Emirates; figures for other GCC countries are even higher. These numbers may well reflect travel patterns related to the dynamics of globalization and the promiscuous work and living conditions of migrant workers that remind us of those in meat factories in Europe and North America which have been other hot spots.

Access the CERI Resources on the Middle East here.

Access the CERI Resources on the Arab Uprisings here.

Access the CERI Resources on the war in Syria here.