You have recently been elected a Member of the French Académie des Sciences Morales et Politiques. Does this election bare a special meaning for you?

It does indeed! Mainly because this recognition not only touched me, but also moved my friends and my family. I come from a modest family, from what is generally called the lower middle class. I was the first of my family to sit the Baccalauréat exam. My parents always encouraged me to study, however, and they even gave me the Encyclopaedia Universalis as a present when I was a student, which represented at the time one month’s salary for my father. My mother was a typist and she typed my PhD dissertation before taking care of the works of my colleagues at CERI… For my parents, my joining the Académie des Sciences Morales et Politiques bares a special meaning, as it also does for my wife, Tara, and my children.

On the occasion of this election, I would like to come back to your career as a researcher. First of all, your research interests. What is the genealogy of your research on India? When and how did it start, and why? 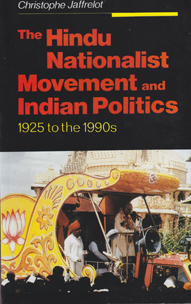 The first time I became interested in India was during my last year at high school (in “Terminale” class) in the town of Poissy, a Parisian suburb. My Philosophy teacher, Elisabeth Andrès, who later became a close friend of mine, initiated me to India’s philosophies. When I came to study at Sciences Po after my Baccalauréat, I combined this interest with social sciences—mostly history—to study how Hindus reacted to Christian missionaries during the 19 th century. My PhD—supervised by Professors Jean Leca and Bruce Graham—begins with this period but analyses mostly the trajectories of Hindu nationalists from the 1920s to the 1990s. The PhD being 1,793 page long, I could only publish the second as a book form and not the most historical one, unfortunately [1].

When I joined CNRS (the French National Centre for Scientific Research) I started examining the politicization of castes and the first leader among the ex-untouchables, Ambedkar. I wrote his biography , and it has just been published in Hindi and Tamil, twenty years later! I also have been studying Pakistan and the issue of Indian Islam since the end of the 1990s, in particular through the lenses of the ghettoization of Muslims in the “ethnic democracy” that India is becoming, a theme I have explored in my latest book published with Fayard.

You defended your PhD (“Nationalists in Quest of a Nation: Twentieth Century Hindu Nationalist Parties”) at Sciences Po in 1991 under the supervision of Professor Jean Leca, and your career as a researcher started the same year as you were recruited by the CNRS. Since then, you seem to be a tireless researcher and teacher! What are the great moments of your career and what keeps you going?

The first great moment dates back to when I discovered the field. I have been travelling to India several times a year since 1984. But 35 years ago, the country was so different! Many roads resembled tracks, particularly in the region I studied during my PhD, Madhya Pradesh, the capital city of which, Bhopal, fascinated me. I spent months in the field, inquiring in cities and villages, with the help of Jean-Luc Chambard who since 1957 studied a village that was cut off from the rest of the world. This immersion into a semi-rural society was a journey through time! I discovered alterity, in particular through the social system of castes—the transformation of which I have studied in one of my books published by Michael Dwyer at Hurst, my publisher for 25 years. [2] 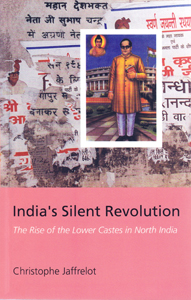 I do not have a romantic vision of fieldwork, however. Doing fieldwork is exciting, but it is an ordeal. Not only is it difficult physically (especially when it is 45 degrees Celcius) but it is also hard psychologically, especially in countries subject to xenophobia and police surveillance. At CERI, we have an acute conscious of the dangers of fieldwork: two of our colleagues, Fariba Adelkhah and Roland Marchal have been detained in Iran since June 2019. I will dedicate my election at the Académie des Sciences Morales et Politiques to them during my first meeting at the Académie, on 25 November.

The other great moment was my entry to the CERI where I succeeded Violette Graff in a post as FNSP researcher in 1989 thanks to Jean-Luc Domenach, the director of CERI, and all those who welcomed me and guided me intellectually: Marie-Claude Smouts, Denis-Constant Martin, Guy Hermet, Jean-François Bayart, and of course Pierre Hassner, to cite a few of my elders! I invested myself in the CERI through research groups but also through the administration of research, to the point that I became vice-director in 1996, when Jean-François Bayart was director, and then director in 2000, at too young an age. I did it by duty as much as by choice, but I do not regret it: being an academic means making research institutions work and that’s also why I was a member of the CNRS Section 40 (dealing with political science and aspects of sociology) as early as 1995 before presiding over it more recently for four years, from 2012 to 2016. The eight years I spent at the head of CERI (four together with Christian Lequesne who then succeeded me) allowed me to achieve great things—such as creating book series, including one in English with Hurst Publishers—thanks to a wonderful staff, many of whom are still part of CERI: Ewa Kulesza, who joined CERI as my deputy, Judith Burko, Grégory Calès, Corinne Deloy, Karolina Michel, Dorian Ryser, Miloud Tazibt, Roxana Vermel, and my last recruit: Miriam Périer! Without forgetting my fellow travellers, like Cynthia Schoch.

The third great moment of my career has been the entry into an international epistemic community where nothing matters—neither nationality, nor gender, nor age (seniority)—more than intellectual exchange, at the crossroads of theory and empirical data (both qualitative and quantitative). I particularly enjoyed discussions with my Indian colleagues at Jawaharlal Nehru University and at the Centre for the Study of Developing Society. I admired their sense of logos, at a time when thinking was still relatively free of control and prejudice. And this continues in a different manner, thanks to my involvement at Ashoka University, and, out of India, in American Universities, and now in London through King’s India Institute (King’s College). My participation in the Alliance Program in 2009 allowed me to work with Columbia University, a memorable moment from this point of view; and even more so that I was later able to teach semesters at Yale, Princeton, Johns Hopkins, in addition to the summer schools we ran with the University of Montreal until 2015.

What are your current research interests?

I conduct four research projects simultaneously, and a fifth project is soon to end with the publication of a book on the Emergency period (between 1975 and 1977 when Indira Gandhi suspended democracy), a book I co-authored with one of my former Sciences Po students, Pratinav Anil and that Hurst will publish next year.

The project funded by the French national research agency (Agence Nationale de la Recherche; ANR) that I co-chair with Aminah Mohammad from EHESS (École des Hautes Etudes en Sciences Sociales), Laurent Gayer (my colleague from CERI) and Grégoire Schlemmer from the IRD (Institut de Recherche pour le Développement) is called Shared Sacred Sites. This project has led me back to Sufism and allows me to study, with Jusmeet Singh, one of my PhD students, the attraction the mausoleum of a great master of the 12 th century still exerts on non-Muslims.

The CNRS-supported International Associated Laboratory that I co-chair with one of my previous PhD students, Gilles Verniers (who is today Assistant Professor at Ashoka University), analyses the sociological profile of Indian elected representatives, a “quali-quanti” project that has generated a huge database to which two other centres of Sciences Po also contribute (Centre for Socio-Political Data and Medialab).

Together with Lahore University for Management Science, and more particularly with Mohammed Waseem and Asma Faiz (another Assistant professor who also did her PhD at Sciences Po with me), I study federalism in Pakistan.

Last but not least, at the CERI, Elise Massicard and I organise a research group on populism that has already resulted in the publication of a volume that Elise and I co-edited with Alain Dieckhoff in the series I created with the Presses de Sciences Po 12 years ago, l’Enjeu Mondial. I am devoting more and more time to the study of populism because it is a major concern for me as a citizen, because it is a multifaceted social science object and because the issue has become a priority among institutions I am associated with, such as CAPS (Centre d’Analyse de Prospection et de Stratégie at the French ministry of Foreign Affairs) and the Institut Montaigne. I have started a website on this topic and its ramifications in terms of authoritarianism. 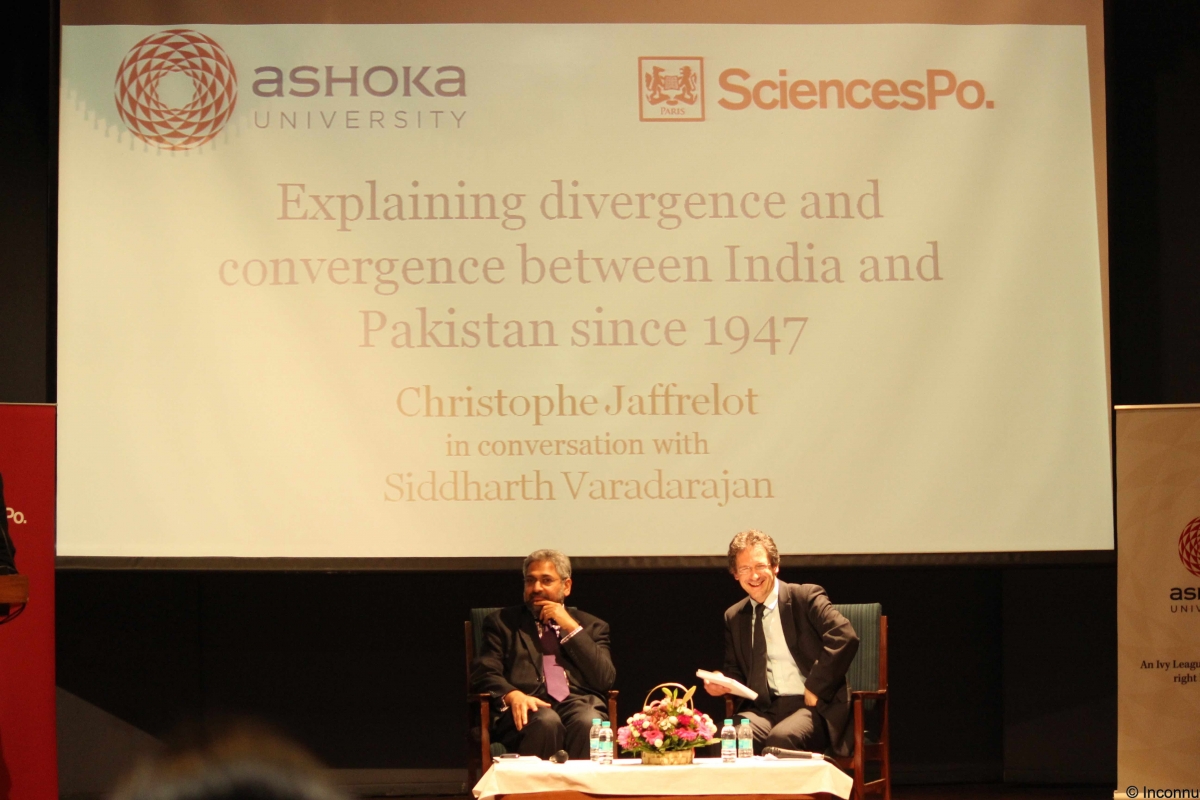 What classes do you teach at Sciences Po, and do you consider teaching an integral part of the work of a researcher?

Until very recently I taught five classes at Sciences Po, be it alone or with a colleague. But after ten years teaching at the campus in Le Havre, which specialises in Asia, I decided to step down in favour of the younger generation! The four classes I teach in Paris deal, at PSIA, with democracy in India and in Pakistan; at the urban school, with cities of South Asia, with Stéphanie Tawa Lama (my first PhD student!); and at the Doctoral School, in collaboration with Elise Massicard and colleagues from CERI and elsewhere, with the “figures of de-democratisation”.

I started teaching when I was 23. It was Jean-Luc Chambard who had asked me to give a class on Indian History at Inalco at the time, where I studied Hindi myself. My own students were my classmates in the language courses! Invited by Pierre Birnbaum I taught at the University Paris I Panthéon Sorbonne, then at University Nanterre with Olivier Herrenschmidt. I started teaching at Sciences Po in 1991 thanks to Bertrand Badie and later with Guy Hermet in DEA classes (former Masters II).

Teaching is crucial for me. First, on personal grounds, because when the students you face are always the same age you don’t feel like you're aging; and on intellectual grounds because explaining my research objects helps me clarify my ideas. My research feeds my classes but my classes feed my books!

Being a teacher also means supervising PhD students, a very important activity that I thoroughly enjoy. Many students have become colleagues and friends with whom I have co-authored articles before they found a job (as I did recently with Malvika Maheshwari, Virginie Dutoya, Jules Naudet, and Jean-Thomas Martelli).

Guiding PhD students also means that I continue the chain of knowledge I have inherited from and this is why I look at myself as a teacher as much as a researcher, even though I’m only the latter, technically speaking.