Governing Migration and Asylum Crises. An Interview with Céline Cantat and Thibaut Jaulin

Five years ago, in 2015, and the first months of 2016, almost 1.2 million refugees and migrants reached European shores. Most of them were fleeing conflict and persecution in their homeland. This ongoing phenomenon, labelled the refugee crisis in Europe, influences migration governance and migration policies in Europe. The CERI is part of a European-funded project called MigrAtion Governance and asYlum Crises (MAGYC) and welcomes two researchers, Céline Cantat and Thibaut Jaulin , who lead two work packages within the project. We are interested in knowing their background and their research interest, as well as their specific role(s) within MAGYC. Interview with Céline and Thibaut .

Can you tell us about your academic background: what was the subject of your PhD and which were your thematic and geographic areas of focus?

Céline Cantat: I obtained my PhD in Refugee Studies from the Centre for Research on Migration, Refugees and Belonging at the University of East London in 2015. My doctoral thesis dealt with forms and practices of resistance to the EU border regime enacted by groups and networks standing in solidarity with migrants. In my doctoral research, I looked at the development of a set of discourses concerned with defining “Europe” and European identity in the context of the construction of the European Union. These discourses, I argued, proposed readings of Europe as an “imagined community” based on shared socio-cultural traits. They participated in producing figures of Otherness, among which a certain idea of the “migrant” featured prominently. This process was echoed in the design and implementation of policies aimed at bordering the European space, and at controlling, filtering, and often pushing back migrant mobilities. In opposition to these politics and policies of separation, a range of individuals and groups have mobilised and organised in support of people attempting to reach the European Union and have contested the way Europe is being bordered. Based on ethnographic fieldwork with solidarity groups in France, the UK, and Italy, I explored the visions of politics and communities put forward by these groups and assessed their relation to dominant understandings of Europe as a separate cultural space.

Thibaut Jaulin: The core of my research is on migration governance in the MENA region and in sub-Saharan Africa. After a Master’s degree in Roman History at the University Paris Sorbonne, I completed a PhD in Comparative Political Science with specialisation in Arab countries at the University of Aix-en-Provence. My PhD dissertation deals with diaspora policies and more specifically diaspora politics in Lebanon. In addition to highlighting the demographic and socio-economic importance of labour migration in Lebanon since the end of the nineteenth century, I explored the relation between the state and the diaspora in a consociational democracy. I looked, for example, at the figure of the emigrant in national narratives, at power-sharing and diaspora citizenship, and at diaspora lobbying and official diplomacy.

After completing my PhD, I continued to focus on migration issues. I first conducted policy-oriented research at the Migration Policy Centre (European University Institute, Florence) and I coordinated large research projects on migration in the Mediterranean, in the Sahel (CARIM), and in West Africa (CARIM and ACP Observatory on Migration).

Thereafter, I was a Marie Skłodowska-Curie Individual Fellow at the CERI-Sciences Po. My research project Arab Overseas Voting looked at transnational political relations between migrants and their homeland. It questioned the impact of external voting on homeland politics and focused on Arab migrants’ participation in the election of their country of origin after the Arab Spring. More specifically, I explored the conditions of enfranchisement of Arab citizens abroad and the latter’s voting behaviour in external elections. I relied on electoral mapping as a research tool to explore transnational political behaviours and I developed an innovative geographic, diachronic, and multi-level approach to analyse voting preferences in overseas constituencies.

The results of this project are twofold. First, I showed that the enfranchisement of Arab citizens abroad does not necessarily result from democratic liberalisation, but relates to domestic political changes regardless of the nature of such change, toward more autocracy or more democracy. Second, I argue that voting preferences rarely depend on migrants’ socialisation in the host country, but primarily on pre-migration variables and on local dynamics within the migrant community, to a lesser extent. The rationale of such finding is that individuals sharing the same characteristics tend to migrate to the same place and to vote the same way. 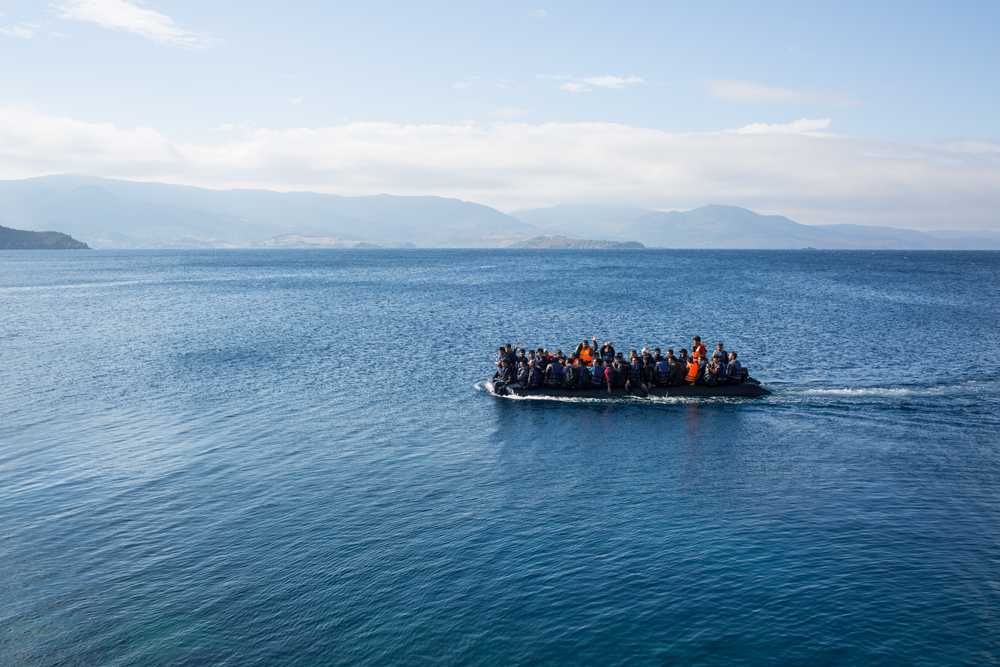 Céline, you have done a 24-month research project focusing on solidarity with and by migrants and refugees along the Balkan route. Would you mind telling us about this project? What were the main findings?

CC: Between 2017 and 2019, I was a Marie Skłodowska-Curie Individual Fellow at the Central European University in Budapest where I conducted a project entitled MigSol: Migration Solidarity and Acts of Citizenship Along the Balkan Route.

Following findings emerging from my doctoral research, I examined practices of citizenship and political mobilisation with and by migrants and refugees, and explored how they participated in the formation of political subjectivities that subvert the dominant political architecture of the European Union, still based on the nation-state and its citizens as the space and subject of political action.

Displaced people are often seen as outside of the realm of the political: as non-citizens, they tend to be denied political agency and they are frequently regarded as objects of suspicion or of humanitarian compassion. There exist, however, many practices and communities in which political action toward a range of goals and values is enacted by displaced people. MigSol’s objective was to observe and assess the ways in which politics are exercised and created through in-depth ethnographic fieldwork in migrant self-led and solidarity spaces along the Balkan Route.

A key conclusion reached by MigSol was that solidarity-based practices of politics and of refugee inclusion should be fostered and addressed as sites that can provide crucial answers to the politics and democracy crisis we are witnessing in Europe. The very first step towards this would be that member states and the EU stop the ongoing criminalisation of both migrants and their supporters. This means, first, halting the encampment, detention, and deportation on non-citizen residents and, second, providing legitimacy and space for solidarity communities where new socialities and subjectivities are being produced.

What do you currently focus on in your research?

CC: Besides my work on the construction of migration as crisis as part of the MAGYC project, I continue to be interested in grassroots humanitarianism and solidarity practices. I am planning on expanding my research focus to see how these kinds of practices are increasingly mobilised by social groups beyond migrants and refugees in order to gain access to a range of services and goods that are not or no longer available. This is something I noticed during fieldwork in Greece, Serbia, and Hungary: many of the spaces opened to cater for refugees and migrants were in fact either growing out of, or turned into, spaces for the sharing and provision of material aid to various marginalised groups beyond migrants. This seemed to be deeply connected to processes of neoliberal restructuring of local states leading to the withdrawal of key services that used to be publicly provided. I would like to continue my enquiry into these alternative welfare and humanitarian practices by thinking of them as part of a larger rearticulation of the state-citizen contracts in the region. 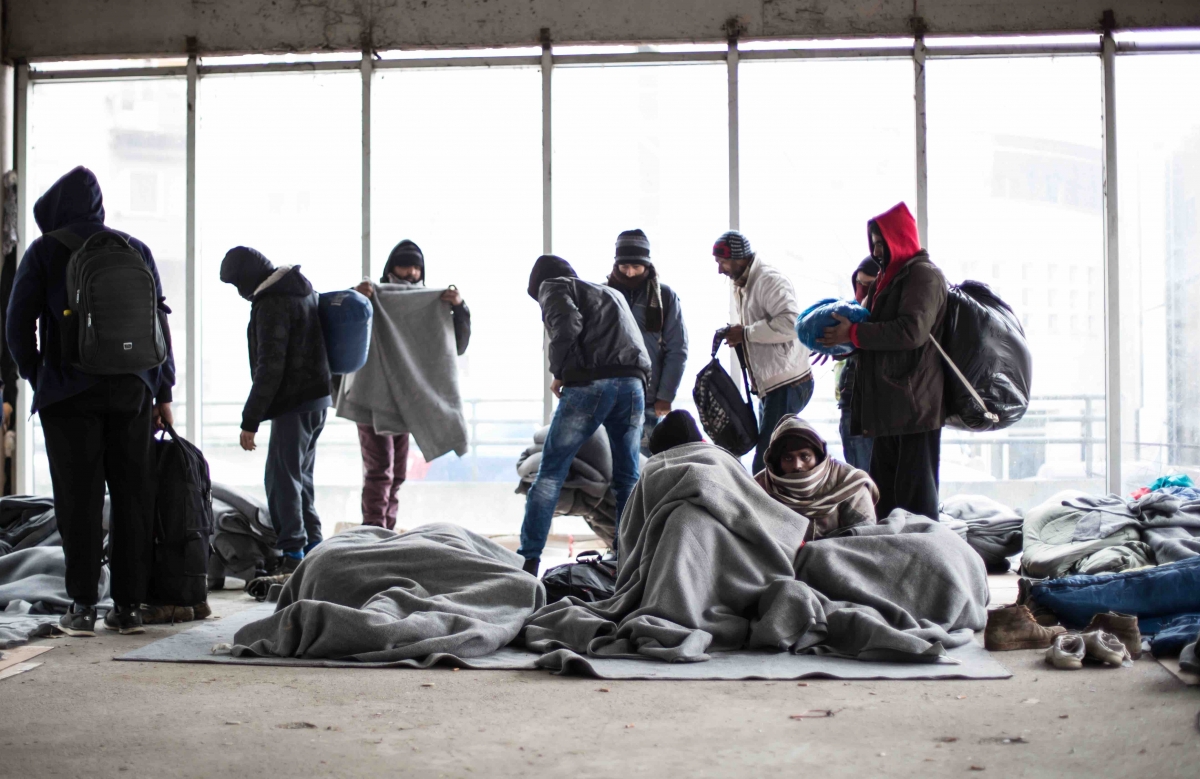 In parallel to your research career, Thibaut, you have also worked as an asylum practitioner. How does such an experience feed your own reflection on the governance of migration?

TJ: From 2016 till 2019, I worked as an asylum case officer at the French Asylum Office (OFPRA). This experience was very engaging and quite challenging. Asylum case officers obviously carry great responsibilities as they are in charge of accepting or rejecting asylum claims. They conduct interviews with the asylum seekers, which requires empathy because most have faced suffering in their country of origin and during their migration journey. During my three years at the OFPRA, I have thus acquired more than in-depth knowledge of the asylum process. It is about engaging with personal stories and hopes, and confronting multifarious dilemmas intrinsic to the very principle of asylum. My views on the governance of migration have also significantly evolved in the process. I am simultaneously more critical toward the European responses to the so-called “migration crisis” and more aware of the challenge of implementing fair policies.

You are both part of the MAGYC project. Would you mind briefly presenting us the Sciences Po team and what you are collectively working on within and for MAGYC?

CC: In November 2019, I started working at the CERI as a postdoctoral fellow in the H2020 project called Migration Governance and Asylum Crises (MAGYC). MAGYC investigates the relation between migration governance and situations described as migration crises: how do crisis representations shape policy responses on migration? And how do policies participate in the production of situations identified as pertaining to crises?

At the CERI, we work on discursive and epistemic processes of constructing migration as crisis. We also work on how migration crises have impacted the externalisation of border control and migration governance in non-EU countries. We collaborate closely with many of the 12 MAGYC partners across Europe and the Middle East in order to develop a multi-level and interdisciplinary analysis of the nexus between migration and crisis and its effects on migration policies.

TJ: I resumed working at the CERI in December 2019, as a postdoctoral fellow within the H2020 project, Migration Governance and Asylum Crises. This project seeks to assess how migration governance has been influenced by the recent “refugee crisis,” and how crises at large shape migration policies. Overall, this project aims to appraise policy responses in light of the “crisis” and assess their efficiency for the long-term governance of migration.

MAGYC is organised in eight work packages and the CERI leads work packagesn°3 and n°8. The first, which is co-ordinated by Céline Cantat, focuses on the contested interpretations of the migration crisis. I am in charge of the second, which aims to understand how EU externalisation policies intersect with intra-regional dynamics in the Middle East and in the Horn of Africa. The added value of this work package is two-fold.

First, to assess the impact of externalisation policies in times of crisis through quantitative analysis. To do so, we have teamed-up political scientists and economists because the external dimension of EU migration policy typically covers various policy domains, from police co-operation to trade and development. Preliminary findings suggest that EU external migration policies result in a significant drop in the number of irregular border crossings and that such a drop predominantly impacts those migrants who are the most likely to be granted a refugee status in the EU, rather than irregular migrants.

Second, this work package looks at externalisation practices and policies from the perspective of non-EU countries. It builds upon the expertise of specialists of non-EU countries to analyse diplomatic engagements of Arab and African countries and to reflect critically on the nature of “migration diplomacy” in these regions. Overall, it aims to explore the reconfiguration and prospects of migration governance in the Middle East and in the Horn of Africa.