Home | News | When the truth is inconvenient, or "motivated" reading of information
Research

Jeanne Hagenbach is a CNRS researcher at the Sciences Po Department of Economics. Her work, which is in the field of microeconomics, is based on game theory and experimental economics.

In most economic and social contexts, agents base their decisions (to purchase, to invest, to accept a job offer, etc.) on available information. This information can take various forms: it can be verifiable or not, it can provide hard evidence of a fact or simply be a friend’s advice or recommendation. But whatever form information takes, one assumption guides its use in most economic models: agents, who initially lack information, seek to obtain the most accurate depiction of the context in which they are evolving. In other words, agents’ main objective is to discover the true “state of the world” (a microeconomics concept that summarises the uncertainty of the environment). For example, it is assumed that consumers wish to learn about the nutritional content of their food in order to adapt their diet, that workers want to better understand their work environment as well as the risks they may be taking in order to adapt their efforts, or that applicants like to evaluate precisely their chances of getting a job or a promotion in order to improve their application.

A goal other than learning the truth

In a new research project, funded by the European Commission (ERC Starting Grant), Jeanne Hagenbach, researcher at the CNRS and affiliated to the Department of Economics of Sciences Po, proposes to challenge this assumption: what if economic agents actually do not always want to know the truth about their environment? In other words, the idea is to consider that agents can form “motivated beliefs”, that is, beliefs that serve a personal objective which is potentially more complex than the one of holding accurate beliefs. In this way, an agent may prefer not to know how slaughterhouses work and continue to consume meat, may want to go on smoking by willfully ignoring the health damage of this habit, or prefer wrongly believing that he/she just got a good deal at the supermarket.

The complex role of beliefs

Research in psychology has shown for long time that beliefs can affect an agent’s well-being directly and not only because they allow him/her to make better choices. For instance, the psychologist Melvin Lerner (1) argues that individuals give an intrinsic value to the belief that the world is a fair place, that people get what they deserve. The field of psychology has also established that, independently of his actions, an agent can suffer merely due to the fact that, once updated with new information, his beliefs contradict those he has held up until now (2).

Like behavioural economics in general, the topic of motivated beliefs has been receiving increasing interest in economics for the past few years now (3). This interest was initially motivated by the observation that individuals always view themselves as better than the average population (in better health, with a smaller chance to divorce, as a more careful driver etc.), a belief which is necessarily wrong. Jean Tirole, who received the Nobel prize in economics in 2014, and Roland Benabou, a professor at Princeton University, have gone so far as to propose a model in which an agent uses elaborate strategies to reach and maintain pleasant beliefs about himself (his intelligence, his altruism etc.). In this model, several versions (or “selves”) of the same individual interact strategically: one “self” manipulates another one (4)! Moreover, recent lab experiments have demonstrated that agents memorise positive feedback about themselves better than negative, most probably in order to preserve a motivating or reassuring self-image (5). In this type of experiment, voluntary human subjects are usually assigned randomly to various experimental treatments. Researchers then measure how the treatments affect, for example, beliefs that agents form about their own IQ level. As is commonly done in experimental economics, subjects are paid in function of the accuracy of their stated beliefs, so as to give them real incentives to reveal their true beliefs.

Holding beliefs about oneself as well as about the world

In all works previously mentioned, motivated beliefs are about personal characteristics of the individual: his intelligence, his generosity, his health status. In her project, Jeanne Hagenbach wishes to study how economic agents form beliefs about other individuals and about their economic environment more generally. Do we perceive others in the same way when we are about to compete against them or about to work with them? Which dimensions of a person’s identity do we have in mind in different strategic settings? Which avoidance strategies do consumers use not to learn that some products are polluting the planet? Do they avoid reading the labels, avoid reasoning about these labels or deliberately forget what they learnt? To try to answer these questions, Jeanne Hagenbach uses experimental methods as well as theoretical models. In terms of experiments, we can, for instance, measure how subjects perceive another subject’s CV in different strategic settings that are announced prior to the reading of the CV. Regarding the development of theoretical models, an objective is to show that bounds on rationality may come from purposeful choices from an agent who prefers not to know the whole truth. In particular, it may be that an agent is cognitively able to make all inferences required to learn the truth in some contexts, but that this agent refuses to make these inferences if that truth is disturbing.

The problem with information avoidance

According to “classical” economic theory, a decision-maker should never avoid information because it helps him make better choices. It is therefore particularly surprising that in forming motivated beliefs, individuals sometimes avoid available information (6). It follows that public policies which rely on the mandatory disclosure of information – on the risks of some products for health or for the environment, on the methods of data protection, etc. – may not be as efficient as one may think. When agents do not want to know, how should they be informed? And should we be informing them? 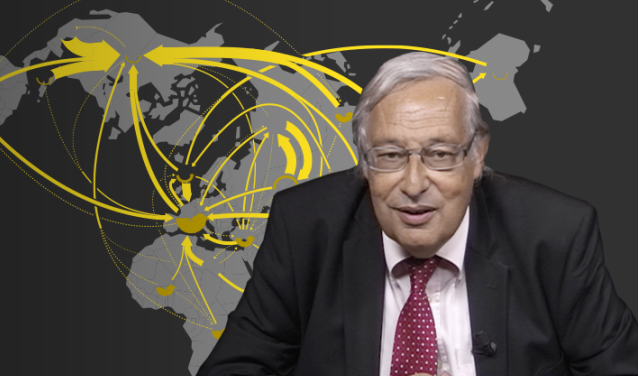 Bertrand Badie’s “Espace Mondial”: A MOOC for a Global View

The Future of Luxury with Astrid Wendlandt

On 12 March 2020, author and journalist Astrid Wendlandt came to Sciences Po to give a masterclass on the evolution of the luxury industry over the past forty years and the major challenges the industry faces. 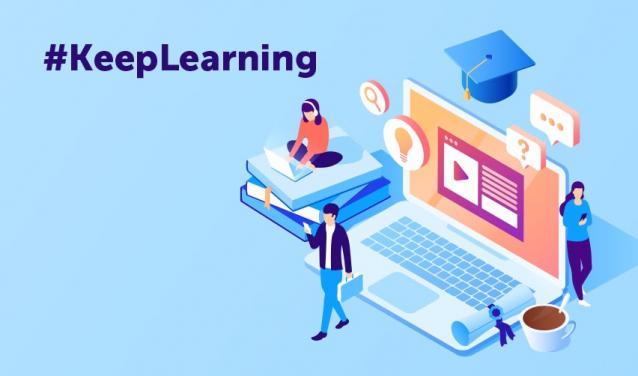 Hackathoning Against the Global Pandemic

Simonas Žilinskas is a second-year student from our Dijon campus. As the Covid-19 pandemic broke out, Simonas returned to his native Lithuania and began to look for ways to get involved in finding solutions or volunteering aid. Thanks to his previous experience in the Lithuanian startup scene and in various hackathons, he joined the organising team of “Hack the Crisis”, an online hackathon that took place from 20 to 22 March 2020, which aimed to bring about solutions and innovations in response to the global pandemic. Interview with Simonas on the event and its outcomes.

At the beginning of March 2020, while much of France was still living relatively undisturbed, Tommaso Campomagnani, Nolwenn Menard, Joseph Moussa and Mathilde de Solages, first-year students on the Menton campus, anticipated the possibility of a lockdown. In this small town on the French riviera where a third of the population is over sixty, they created Menton Livraison, a service allowing volunteers to deliver essential products to at-risk individuals. Mathilde and Nolwenn tell us about the adventure, complete with administrative obstacles and happy encounters along the way. 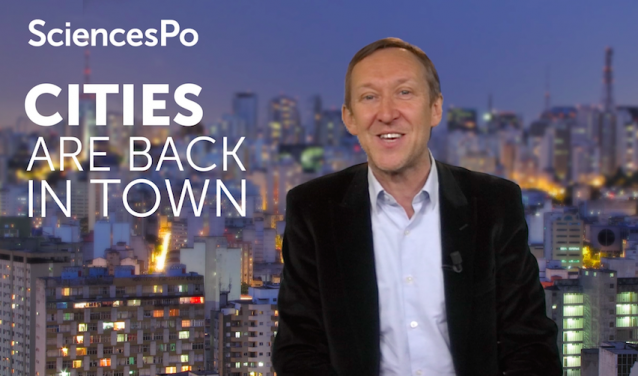 MOOC: Cities are back in town

Update March 2020: Ideas are not in confinement! All of our MOOCs are available on Coursera, and it is once again possible to take the course "Cities are Back in Town" by Patrick Le Galès, Dean of the Sciences Po Urban School. This MOOC draws on sociology and history for a fresh look at the urban planning of metropolises.

Read this interview to find out more. #KeepLearning 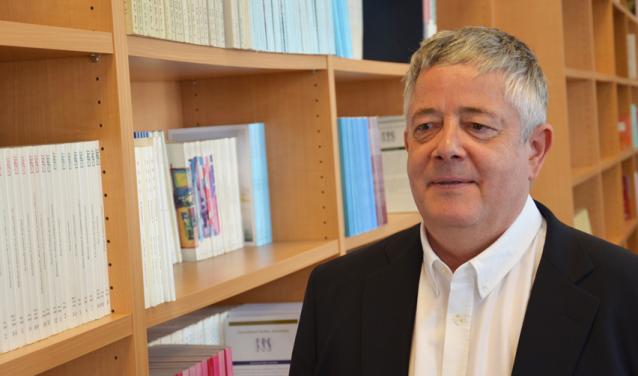 Roland Marchal released from Iran after 9 months of wrongful imprisonment

Roland Marchal, CNRS researcher at the Sciences Po Centre for International Studies and Research (CERI) who had been imprisoned in Iran since early June 2019, was finally released on March 20, 2020. On March 21, 2020, he returned to Paris where he was reunited with his family. 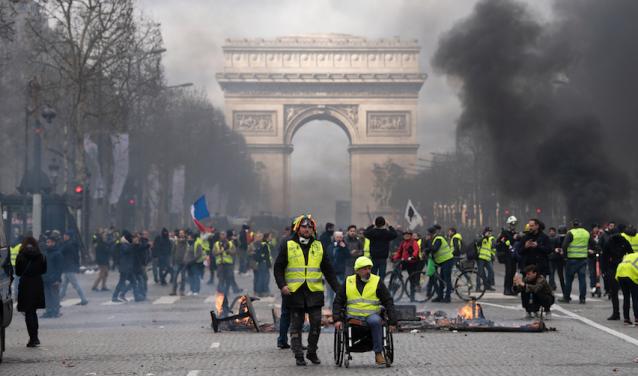 "The Dark Matter of Democracy"

In his latest work, La matière noire de la démocratie, Luc Rouban, a researcher at the Centre for Political Research (CEVIPOF), puts forward the argument that the Gilets Jaunes movement goes well beyond economic demands, and is not the expression of an emerging populism. Following an analysis of numerous polls, surveys, and the results of the Grand débat national (National Debate), he interprets the movement as the manifestation of a deep social and democratic malaise. Interview by Marcelle Bourbier, CEVIPOF. 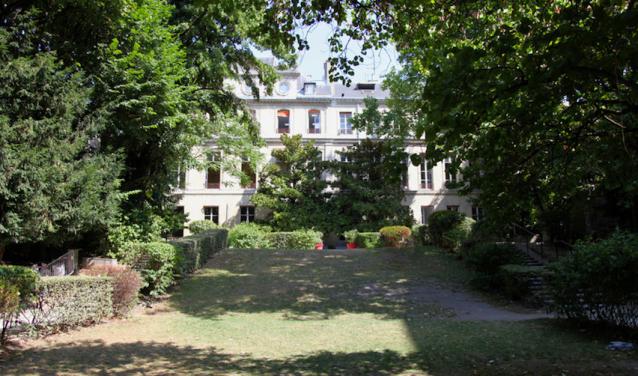 Covid-19: Letter to our Communities

Frédéric Mion, Director of Sciences Po, and Olivier Duhamel, President of the FNSP, address our communities in the context of the COVID-19 pandemic, in this communication sent on March 16, 2020. For the latest updates on the situation at Sciences Po and frequently asked questions, visit our Covid-19 Information page.