This article was originally published in the 2019 G7 Global Leaders Report. 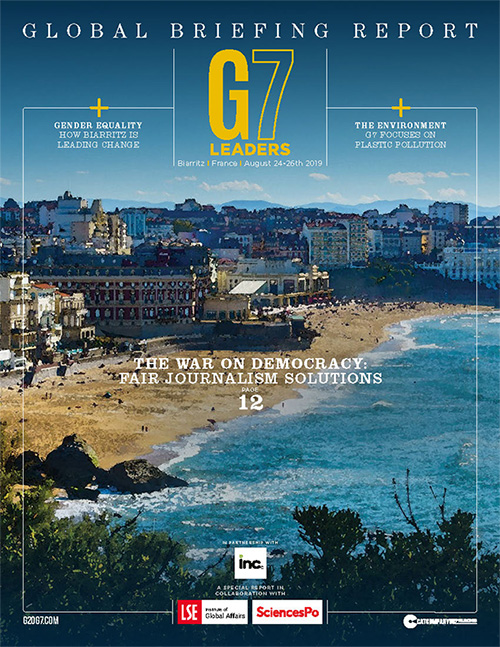 In mass education societies, participation in primary and secondary education is quasi-universal. Hence, social inequalities are most visible in the continuation to higher education and in the length and quality of tertiary programmes selected by students from different social backgrounds. Therefore, it seems natural to promote educational equalization by focusing on economic and cultural barriers faced by high school seniors.

This is an optical illusion. Inequalities become visible in higher education, but they are generated much earlier. Secondary education everywhere is tracked into academic and vocational curricula. These often take the form of school tracks in Continental Europe, while in Anglo-Saxon and Scandinavian countries the model of subject choice prevails. But the pattern is the same everywhere: academic curricula offer much better training for higher education, thus enhancing the chances of enrollment in (and completion of) tertiary programmes, and into the best ones. Upper class native students are hugely overrepresented in classes offering these curricula.

To be sure, equalization measures at the end of secondary education are important, particularly outreach interventions combining academic support with the provision of information on higher education. But the problem is that they arrive too late, when students differ too much already in their skills and aspirations. Late interventions can have effects at the margins, but we now have increasing evidence that early counseling programmes targeting curricular choice in secondary education are more effective. There are just too many students with good school performance from disadvantaged families that fail to make ambitious choices in secondary and tertiary education. They, and their parents, tend to overestimate their risks of failure in the academic path. They thus adapt their ambitions downwards and end up selecting shorter, more applied programmes. Light-touch counseling interventions can correct their misperceptions and sustain their aspirations, before it’s too late.

But we can take one more step back. Many working-class family children fail to access academic curricula because they underperform in primary and lower secondary education. And our final step backwards is easily taken: when students enter the school system, they are already highly unequal. Longitudinal evidence on skill gaps through the life course is unequivocal: these gaps rapidly increase in the preschool years, and later stabilize or keep on growing (the less you know, the less you can learn). Inequalities in the cognitive and language stimulation received in early childhood, when our brain is particularly malleable, are a key driver of later inequalities in educational attainment. Less educated households fail to provide enough stimulation to their children.

Sure, fostering childcare is important. Even more important is fostering high-quality, economically accessible childcare. Evidence on the effectiveness of such public policy is now quite strong. Long-term studies of large publicly-funded programs in the U.S., Europe and Latin America, and newer studies on state and local pre-kindergarten programs, find that these early interventions do improve outcomes for young children, particularly for those from disadvantaged families.

But here arises a second fundamental optical illusion: the idea that we can equalize education while leaving the home environment of low-educated families unchanged. This is just illusory, not least because even children attending early childcare on a full-time basis spend no less than 40% of their time under the supervision of their parents.

That is why the policy debate in the last decade has paid increasing attention to parenting interventions, which encourage parents to provide a more enriching environment for their children, explaining in simple terms what to do, why and how. Informal learning activities at home have an enormous potential to boost school success, but many low-educated parents are  unaware of the benefits. Activities include reading storybooks to children, singing nursery rhymes together, or even just talking to them and asking them to explain why they do things. And yes, even finding the right video games when they are at least 4 or 5 can help. The good news is that sociologists, economists and psychologists have developed several cost-effective, light-touch parenting interventions that impact on the skills of disadvantaged children. Technology helps: for instance, text messaging programmes or parental book-reading interventions based on video-sharing on the web. We have rigorous impact evaluations demonstrating what works and what doesn’t to reduce these early inequalities. So now policymakers have no excuse: they just have to choose, fund, monitor and evaluate effective programs.