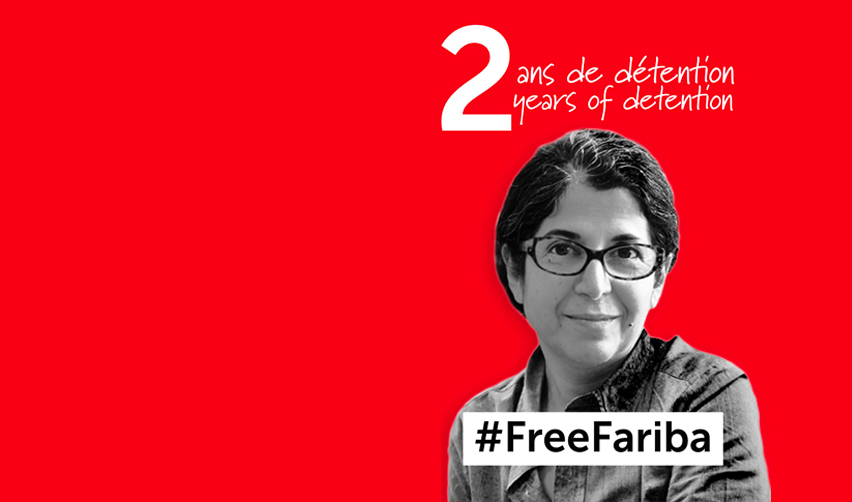 While Roland Marchal was released on 20 March 2020, Fariba Adelkhah "is still deprived of her freedom on the sole basis of her scholarly work”, as her support committee emphasizes in a statement on the occasion of this sad anniversary.

The researcher at Sciences Po’s Center for International Studies (CERI) was sentenced on 16 May 2020 to five years in prison after being tried unfairly on the basis of false accusations of "propaganda against the political system of the Islamic Republic" and "collusion to endanger national security". After one year and four months in Evin prison, during which she led a 49-day hunger strike together with Australian academic Kylie Moore-Gilbert, also imprisoned in Iran, she was released on 3 October 2020 and returned to her home in Tehran where she is to remain under house arrest, monitored by an electronic bracelet.

“From afar this may seem a less severe loss of freedom. But up close, that is not necessarily the case: Fariba left the walls of a prison to find those of a 300-metre perimeter beyond which she will not be allowed to go for three more years,” writes the support committee: “But above all, Fariba has been torn away from her personal and professional life for two years for the simple and sole reason of doing her job as an anthropologist with scientific and deontological integrity”.

Fariba Adelkhah was named "Scientific Woman of the Year 2020" on 15 December, receiving the Irène Joliot-Curie Prize (FR) awarded by the Ministry of Higher Education and Research for her overall research work in anthropology and political science.

Sciences Po and the French authorities are putting every possible action in place to liberate Fariba Adelkhah. As the support committee stresses: “This attack on her is an attack on all of us, because as Fariba Adelkhah wrote in one of her last articles, “research is the drinking fountain of freedom”.”