Home | News | Are far right parties a threat to the European Union? 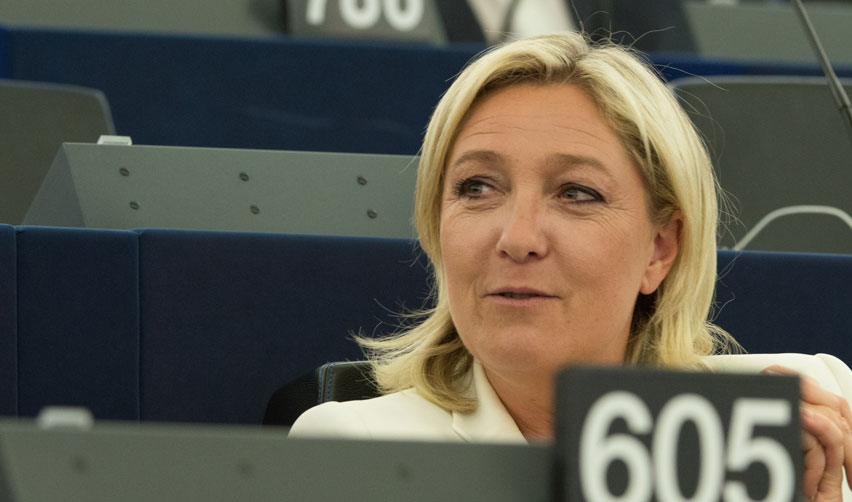 In recent years, far right parties in Europe have seemed to be inexorably gaining ground. Is the European Union poised to close itself off completely? Not necessarily.

Because with strong disparities from one country to another and a situation much more complex than it looks, Europeans seem to be asking both for more openness… and more protection. Caterina Froio, VOX-Pol research fellow at the University of Oxford, and Nonna Mayer, CNRS researcher at Sciences Po’s Centre d’études européennes, explain.

Populism is on the rise in several European countries. What is this a sign of?

Nonna Mayer: Populism is a fuzzy concept. If we define it simply as a rejection of the elite, we could currently label as populist the 79 percent of French citizens who think that those who govern us “do not care what people like us think” or the 75 percent who think the political class is “somewhat corrupt”! I’ll limit myself to the “Populist Radical Right” parties that have developed in Europe over the last three decades, whose anti-elite stands are coloured by nativism, authoritarianism and ethnocentrism, as Cas Mudde has shown. In spite of their diversity, these parties share a common claim to defend the “losers of globalisation”, and they frame this globalisation as a triple threat: economic (immigrants take our jobs), cultural (they do not respect our values) and political (the sovereignty of the nation state is at risk). Despite their differences, they cut through the old party cleavages based on religion and class to form a new family of parties that is here to stay. This family challenges the old Lefts and the old Rights and the European integration process they have supported—an EU seen as an open door to migrants and a major threat to national identities.

Caterina Froio: I share Nonna’s interpretation regarding globalisation, but I would add an extra layer to it. I believe that Europe is experiencing a specific form of populism, combined with an ethnocentrism that has gained support by striving to redefine who the “native people” are. Parties that combine strong anti-immigrant and anti-establishment rhetoric seem to profit most from current societal changes, and these are the “radical right populist parties”. One likely explanation for their rise is the crisis of the nation-state model due to globalisation. In nation-states, a cultural identity (the nation) was combined with a political entity (the State). Globalisation processes reshape this equation since they bring increasing levels of economic, cultural and political interconnectedness between different individuals and states. In this sense, globalisation challenges the pillars of the populist radical right’s identity: nativism, nationalism and cultural homogeneity. Therefore, radical right populists oppose globalisation, portraying it as a triple “threat to the native people” in cultural, economic, and political terms.

Is the European democratic model itself being called into question?

Nonna Mayer: I would disconnect the two things, European Union and democracy. A survey in 2013 explored European citizens’ attitudes towards democracy. The results showed a strong commitment to democracy, equality before the law, and free and fair elections as the first requisites. But they also highlighted a large gap between what democracy should be and what it was in practice in their country. The most satisfied with how their democracies worked were the Northern Europeans, followed by Western Europeans, with Southern and Central-Eastern Europeans lagging behind. As for the EU, it rated even worse. The general public hardly sees it as a model of democracy, but rather as a distant bureaucratic machine with complex, nit-picking regulations, far removed from citizens’ everyday needs and problems. Yet even after Brexit—maybe all the more after Brexit—as shown by a comparative poll conducted in six European countries, a clear majority of citizens judge their belonging to the EU as positive, and only a minority is willing to abandon the Euro. So they don’t reject democracy, they want more of it, done better!

While the far right is gaining ground in certain countries, such as France, Austria and Italy, other European countries are not being affected in the same way. Why not? What can we learn from this?

Nonna Mayer: It reflects social and political idiosyncracies. Germany for instance was for a long time immunised against a return of the far right by the memory of the Holocaust. With the exception of the short-lived emergence of the Republikaner in the 1990s, it’s only now that an eurosceptic, populist far right party like Alternative for Deutschland (AfD) is enjoying electoral success. As for the rest of Europe, there seems to be a North-South cleavage. Populist radical right parties have a larger following in the better-off, long-established Northern democracies, while radical left parties are more successful in Southern countries (Spain, Greece), which have been far more severely hit by the recession and the austerity policies of the EU. But maybe because they only recently emerged from authoritarian regimes, their revolt inclines them more towards the radical left than the radical right.

Caterina Froio: I believe that what matters is how open mainstream parties are to the ideas of the populist radical right, and how they frame their opposition/position. On the one hand, many left- and right-wing mainstream parties have started "speaking to the people", but rather than addressing their needs and hopes, they have primarily fuelled their fears. In so doing, they have offered fertile ground to populist radical right arguments, radicalising mainstream values. On the other hand, mainstream parties all too often compete with populist radical right parties on a near moralistic basis, reducing their discourse to an anti-far-right agenda. The result is that while mainstream parties converge on an anti-populist radical right agenda, populist radical right parties themselves can appear to be the ones with clear alternative proposals. Let’s not forget, for example, that UK internal politics set up the Conservative Party to allow the referendum! If there’s something we can learn, it’s that counter discourses are essential. The pro-EU camp should react by changing—radically changing—the political direction of the EU. The community project is facing a structural crisis that’s been decades in the making, which EU intelligentsia has tackled with slogans like “more Europe”. These sound empty for most European citizens who have suffered from austerity measures. The situation is unsustainable, and it will become worse if countermeasures are not taken in terms of fiscal union and European welfare services. Let's hope that Brexit will at least serve as a lesson in this sense.