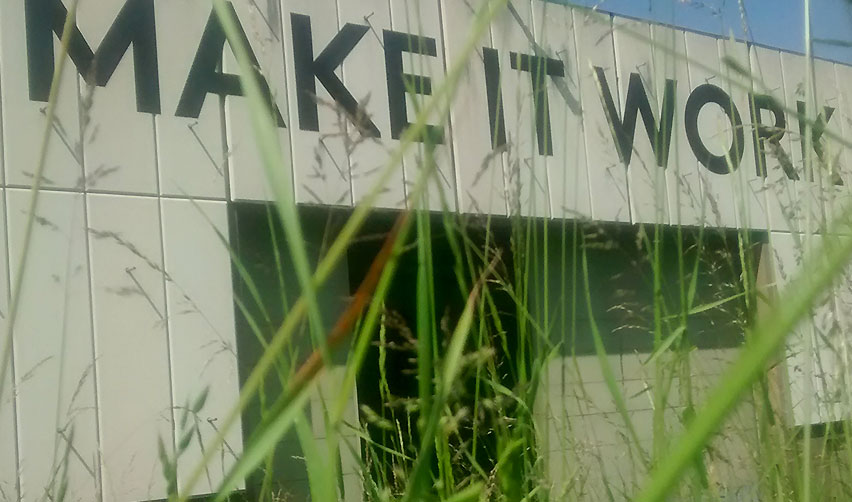 Professor Bruno Latour during the simulation of climate negotiations at the Theatre Nanterre-Amandiers.

Nathan Stewart is a Masters student at Sciences Po and a participant in the student simulation of the COP 21 talks. As part of the Ethiopian delegation, Nathan is currently in the middle of the training days in the leadup to the main simulation that will take place from 29 May to 31 May. As the week goes on, Nathan will be writing about the work going into the preparations and will be explaining the event in more detail.

From 29 Friday to Sunday 31 May, the Theatre Nanterre-Amandiers will host a student simulation of the COP21 talks that are taking place for real in December 2015. Part art installation, part political conference, the simulation brings together 208 students from around the world in order to explore the possible outcomes for the December Climate Conference.

Tuesday 27 May was the first time that everyone met at the newly renamed ‘Théâtre des Négotiations’ and we had a run through of the plans for the week ahead. Bruno Latour, a philosopher and Sciences Po professor, opened the event with a stirring lecture on the potential of the simulation. "My generation created the problem, your generation can fix it", prof. Latour said. He called on us to not only make it work, but to make history.

After the failure of the Copenhagen COP in 2009, a diverse group of students, artists and academics at Sciences Po launched the Make It Work initiative to find a way to make the Paris talks a success. They came up with an extensive list of the main problems with the traditional negotiation format and tried to imagine novel ideas to address the failures of previous meetings. These ideas include the appearance of non-state entities in the negotiations, as well as non-human delegations such as Soil and The Internet. At the Theatre Nanterre-Amandiers, everything has been thought of, from ethically sourced lunches to a rest and relaxation room complete with fake snow and places to nap.

The discourse around climate change has become cliched and a lot of people are simply fed up hearing about it. There is also a paradox involved in any climate discussion, with a contradiction between the soaring inspirational rhetoric and the terrifying doom-laden predictions. To the public, ‘climate change’ can either mean wishy washy hippy nonsense or intimidating scientific facts and figures. If any progress is to be made there has to be a change in the communication of how these issues are presented to the public.

The simulation hopes to be a part of this change, and a big part of the simulation is the way that it will be open to public. From Friday onwards, the theatre itself and all the workshops and plenary sessions going on will be open to anyone who is interested. Seeing as a major problem with the real COP negotiations is their lack of transparency, this public aspect of the simulation could be the new approach needed. It should at least prove to be a fun and above all interesting framing of a traditionally staid and stuffy subject, and hopefully lead to a successful result.