Governing bodies: who does what

In 2016 Sciences Po adopted a new governance structure and has totally renewed its governing bodies. In 2019, adjunct faculty and post-doctoral research assistants vote to renew their representatives to the three boards of the Institut d’études politiques (IEP) de Paris.

Find out more about the elections

The Fondation nationale des sciences politiques (FNSP) is responsible for the strategic direction and administrative and financial management of Sciences Po. It is administered by a board of directors.

The role of the Institut d’études politiques (IEP) involves teaching, research and library services, like all international research universities. Its governing bodies are:
•    the Institute’s Board of Directors, which administers the IEP
•    The Student Life and Education Committee, which has a decision-making role with regard to student life matters and advises on educational matters. It has jurisdiction in disciplinary matters.
•    The Academic Board is consulted on all matters regarding academic policy, research and doctoral training, academic evaluation procedures and links between teaching and research. It is also consulted on the institution’s recruitment policy for faculty and on common principles concerning faculty career development.

The Executive Committee is the institution’s operational steering committee. It brings together the directors of Sciences Po’s various divisions and offices under the authority of the president. The Executive Committee implements the strategic direction and makes operational decisions on running and managing the institution. See the list of members and the Sciences Po organisational chart.

Frédéric Mion, president of Sciences Po and chief executive of the FNSP, has led Sciences Po since 2013.

The FNSP Board of Directors has 25 members.

To effectively play its strategic oversight role, the board’s composition is modelled on the boards of trustees of many foreign institutions, ensuring the requisite independent views are obtained with a majority of outside members.

Following the reform of the statutes in 2016, the board is now open to Sciences Po students, permanent faculty and teaching associates. Two government representatives also sit on the Board.

Composition of the Board of Directors

The FNSP Board of Directors is made up of:

The FNSP Board of Directors was renewed in March 2016. View the list of current members, minutes and statements of decisions (FR)

The Institute’s Board of Directors

The Institute’s Board of Directors has 32 members. As well as students and staff, it brings together representatives of the permanent faculty and academics from outside Sciences Po, reflecting the central role of academics in the life of the institution and its research ambitions. Sciences Po’s leading partners (Paris City Council, local authority representatives from the regional campuses, USPC university grouping, CNRS) are also represented.

Five outside members appointed by the other members of the Institute’s Board of Directors:

The elected members of the Institute’s Board of Directors were renewed in the March 2016 election. View the list of current members, the minutes and statements of decisions (FR).

The committee has 18 members:

In plenary sessions, the Academic Board has a maximum of thirty-nine members.

It has twenty ex officio members:

The Academic Board also has nineteen elected members, including a post-doctoral research assistant, three doctoral students and:

The French government’s support for the institution, in the form of structural public subsidies, has never waned. The amount of these grants has virtually doubled: from €36 million in 2000 to €63.6 million in 2010 and €69.3 million in 2018. At the same time, growth in the institution's own resources has led to a gradual decline in the relative share of public funds in Sciences Po's overall budget. This figure has decreased by more than one-third, from 66% in 2000 to 50% in 2010 and approximately 35% in 2018.

The institution also has a longstanding commitment to providing financial aid, with an annual increase of 11.9% for this budget item since 2000. In 2018, Sciences Po dedicated an overall financial aid budget of €11.1 million.

Frédéric Mion became President of Sciences Po and administrator of the Fondation Nationale des Sciences Politiques in April 2013. Mion is a maître des requêtes (master of petitions) in the French Council of State. He graduated from Sciences Po, the École nationale d’administration and the École normale supérieure.

Mion taught public law at Sciences Po and headed the university’s Department of Public Administration from 1996 to 1999. He served as technical advisor to the Minister of Education Jack Lang in 2000 and 2001 and as deputy director of the General Directorate of Administration and Public Service from 2001 to 2003. He joined the law firm Allen & Overy in 2003 and became a partner in 2005. In 2007 he was appointed general counsel at Canal +, a position he held until 2013.

Since taking up his current post, Mion has led a number of major initiatives at Sciences Po, including the reform of the university’s governance and statutes, renovation of the regional campuses, completion of the restructuring of graduate studies into Schools, continuation of the internationalisation and scientific development strategy, and the real estate reorganisation and development of the regional campuses. This strategy, set out in “Sciences Po 2022” in May 2014, aims to further Sciences Po’s development as a leading international university while preserving all that has underpinned its identity and success since it was founded in 1872: the exceptional social and geographic diversity of its student body, the combination of an advanced academic curriculum and practical courses delivered by thousands of professionals from all fields, the excellence of its research – particularly in the social sciences – and its international perspective. 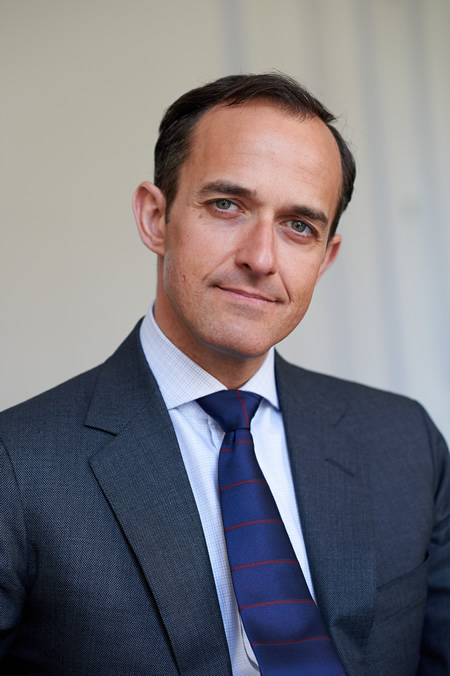 Frédéric Mion became President of Sciences Po and administrator of the Fondation Nationale des Sciences Politiques in April 2013. Mion is a maître des requêtes (master of petitions) in the French Council of State. He was educated at Sciences Po, the École nationale d’administration and the École normale supérieure.
More info