Accueil > Unpacking the Imagination of Citizenship on Radio. The People’s Parliaments of Uganda

Unpacking the Imagination of Citizenship on Radio. The People’s Parliaments of Uganda

A conversation organized  within the framework of the Research Group ' Africa: Citizenship, Violence and Politics' and the African Humanities Program (AHP), part of a collaboration between Sciences Po-CERI and Columbia University - Institute for African Studies.

This event is supported by the Partner University Fund. 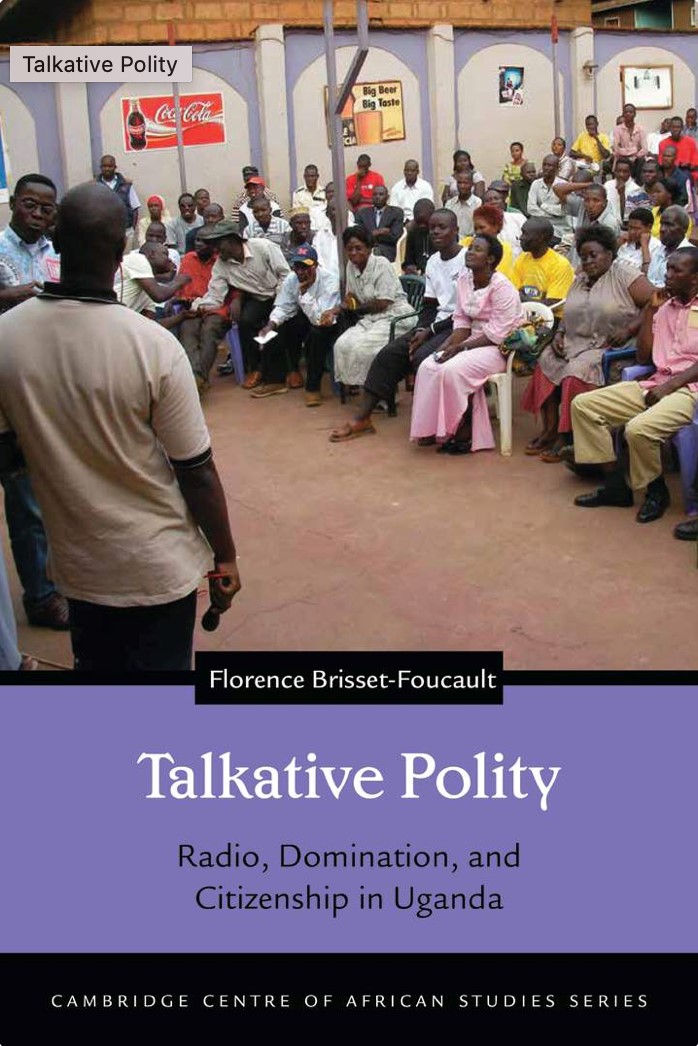 Talkative Polity. Radio, Domination, and Citizenship in Uganda, Florence Brisset-Foucault Cambridge Centre of African Studies Series, Ohio University Press, 2019.
For the first decade of the twenty-first century, every weekend, people throughout Uganda converged to participate in ebimeeza, open debates that invited common citizens to share their views. These debates, also called “People’s Parliaments,” were broadcast live on private radio stations until the government banned them in 2009.
Talkative Polity promotes a non-normative approach of phenomena of deliberation that flourish in the streets, across the African continent and beyond. By doing so, the book aims to do justice to the social complexity and to the historicity of ideals of citizenship, rather than lamenting their non-conformity to situated models of democratic practice.
Far from being simply a univocal upsurge of "free speech", "popular participation" or ethnic politics, the ebimeeza reflect long-term social, economic and political dynamics. The People's Parliaments tell a history of local capitalism and its intertwinement with the State, of the political economy of international aid, of the professional aspirations of journalists, and of the heritages of colonial education. They reflect the ambitions of a particular class of under-employed young men, the mutations of political mobilisation under President Museveni’s Movement regime and the transformations of Buganda’s ethnic patriotism. By reconstituting this complexity, Talkative Polity allows reaching a better understanding of the social intricacies of political domination in a context often labelled as « semi-authoritarian ».

CERI · Unpacking the Imagination of Citizenship on Radio. The People’s Parliaments of Uganda

En savoir plus sur Unpacking the Imagination of Citizenship on Radio. The People’s Parliaments of Uganda