The École Libre des Sciences Politiques (ELSP) was founded in 1872 by Émile Boutmy in response to the political and moral crisis in France in the aftermath of the 1870 Franco-Prussian War. It was intended to educate the new elite and generate modern knowledge for a new France.

Sciences Po possesses three unique qualities in French higher education. Thanks to its status as a private institution incorporated as a joint stock company, it had the freedom to choose its students, faculty members and programmes.

For 35 years, from 1871 to 1906, Émile Boutmy made his mark on the École Libre des Sciences Politiques. A young man lacking wealth and reputation, but gifted with a flair for entrepreneurship, the “magnificent educator” and founding father of Sciences Po created a school that was to become the “crossroads of the ruling classes”.

Thanks to its innovative educational model, the university instituted an interactive form of pedagogy in the form of lectures bringing together small groups of students and instructors from the senior ranks of the French civil service and the business world, as well as academics.

Thanks to its scientific ambition, it implemented a pluralistic approach to “political sciences” (law, history, sociology, geography, economics) and an original focus on contemporary and foreign societies, thereby linking research and practical teaching.

Following its founding period, the École libre refocused its efforts on preparing students for competitive examinations providing access to leading public institutions, as well as for careers in business.

Although it hosted foreign students as of the 1920s and 1930s, Sciences Po became a pioneer in international openness in 1999, instituting a five-year degree programme inspired by the Bachelor-Master-PhD model. Having included in its programme a requirement that students spend a year abroad, it forged partnerships with prestigious universities throughout the world.

Also a pioneer in terms of equal opportunity initiatives, in 2001 Sciences Po introduced special procedures for entrance examinations: the Equal Opportunity and Diversity Programme. This programme contributed to increasing social diversity in the student body.

Finally, in the late 2000s Sciences Po proved its ability to reinvent its approach to education and research, investing in pioneering fields of political science, international relations, sociology of organisations and post-1945 history, as well as political arts, scientific humanities and digital studies. 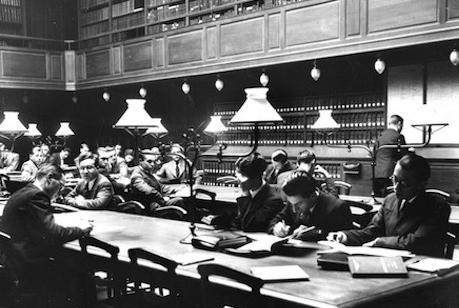 The library was created in 1872

Always true to its original mission of promoting dialogue among scientific and applied knowledge, Sciences Po has maintained its unique identity as a prestigious institution of higher learning for the elite and a world-class research university in the field of social sciences.

Émile Boutmy drafts two intellectual and scientific programmes for the future École Libre des Sciences Politiques, for which he submitted the articles of association on 2 December 1871.

The École Libre des Sciences Politiques holds its opening session and conducts its first classes on 10 January; on 10 July 1872, it is incorporated as a limited company.

A donation from the Duchess of Galliera makes it possible to acquire the Hôtel de Mortemart located at 27 Rue Saint-Guillaume, enshrining Sciences Po's permanent presence in Paris, in the Saint-Germain-des-Prés neighbourhood.

The first female students are admitted to Sciences Po.

The École Libre des Sciences Politiques signs its first agreement for a “Junior Year Abroad” with the University of Delaware and welcomes 20% of foreign students on average in the period between the two World Wars. 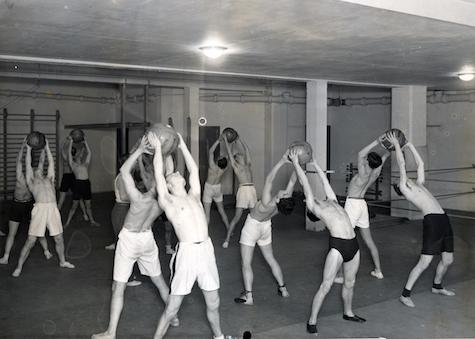 The first Sciences Po Sport association was created in 1931

A major educational reform institutes a three-year degree programme, made up of a preparatory year and two years of full-time study with four distinct focuses (Public Service, Ecofi, General Studies and International Studies). The prestigious Sciences Po degree is awarded upon success in a series of exams that includes the legendary “Grand O” (oral exam).

Sciences Po creates the Certificate of Political Studies, a special programme intended for foreign students who follow a curriculum that, although separate, is nonetheless modelled on the degree programme.

Jean Touchard, Secretary General of the FNSP, establishes the Political Studies Graduate Programme – or graduate research training programme. With the creation of the Foundation's first two research laboratories, CERI in 1952 and CEVIPOF in 1960, Sciences Po becomes a research university. 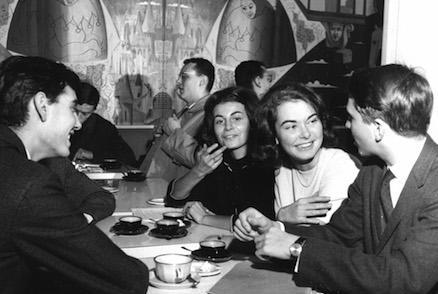 May '68 at Sciences Po: exams are postponed, the university is occupied from May until late June. The new articles of association, published in January 1969, reform the institution's system of governance: students henceforth hold seats on the Board and in Joint Committees.

The status of Grand Établissement is granted to Sciences Po. It allows the institution to retain its autonomy in matters of financial management and human resources, student and faculty recruitment, as well as educational and scientific areas of focus.

The educational reform put forth by President Richard Descoings is the most ambitious initiative since 1941: it extends the degree programme from three years to five years, based on the Bachelor-Master-PhD model, and institutes a mandatory year abroad.

Creation of the first undergraduate campus outside of Paris, located in Nancy and followed by campuses in Poitiers (2001), Dijon (2001), Menton (2005), Le Havre (2007) and Reims (2010). These campuses host undergraduate programmes and serve as educational laboratories focused on internationalisation. They welcome an equal number of French and foreign students in a multilingual environment.

The Equal Opportunity and Diversity programme institutes a special procedure for Sciences Po entrance examinations. This pioneering initiative rises to the challenge of ensuring equal opportunities and social diversity in a selective university.

The Alliance programme brings together Columbia University, Sciences Po, Paris I and the École Polytechnique around educational and research initiatives, as well as exchanges.

Implementation of a sliding scale for tuition fees to meet financial requirements while fostering social redistribution, as part of the funds collected are redistributed to students in the form of exemptions and grants.

Sciences Po once again pursues a real estate acquisition policy in Paris, thereby enhancing its strategy to develop an urban campus in the heart of the Saint-Germain-des-Prés neighbourhood.

Under the leadership of Richard Descoings, the Sorbonne Paris Cité Research and Higher Education Platform--bringing together Sciences Po, INALCO, the École des Hautes Etudes en Santé Publique, the Institut de Géophysique du Globe and the Universities of Paris V, VII and XIII -- is selected for the Excellence Initiative (IDEX) project. This is a major step towards the creation of a Community of Universities and Establishments (COMUE).

Frédéric Mion, President of Sciences Po as of March 2014, presents “Sciences Po 2022”, the institution's new strategic orientations leading up to 2022, which will mark the university's 150-year anniversary.

Following the acquisition of the Hôtel de l'Artillerie in 2016, the architectural project was unveiled for this site which will become the heart of the Paris campus in 2022. 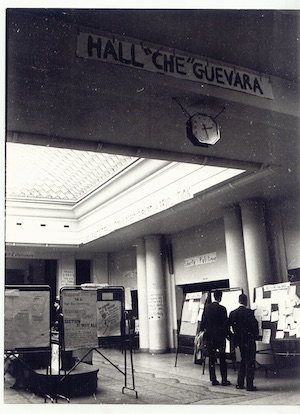 Sciences Po in May 68

Sciences Po may not have been at the forefront of the “student revolution” of May 1968, but the establishment nonetheless had to cope with conflict and found itself faced with several surprises. The school’s refusal to make concessions soon led to a general strike: General Assemblies became political rallies, posters were covered up by banners, and the premises were taken over in what was to become an occupation. At “Red Sciences Po”, renamed Lenin Institute, in Che Guevara Hall and the Rosa Luxembourg Amphitheatre, Sciences Po was caught up – for a brief moment – in the wave of “revolution”.