The environment tested by globalization

One of the most negative images associated with the People’s Republic of China certainly revolves around environmental issues. There are good reasons for this, if one considers the intensity of 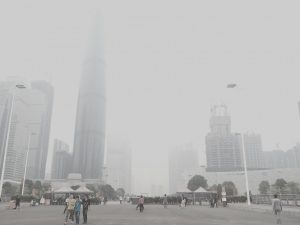 Chinese growth and the magnitude of the damage it is inflicting on the environment. Indeed, the open policy launched in 1978 unleashed an unprecedented industrialization and urbanization process. In four decades China has experienced the same environmental impacts that took two centuries to unfold in Europe, North America, and Japan. As China has legitimately prided itself for its growth, which has lifted hundreds of millions of people out of extreme poverty, access to development has translated into intensive use of natural resources (land, water, raw materials) and high energy consumption. Chinese modernization has strongly tested the environment.

Upstream developments include accelerated urban expansion, highly intensive agriculture with pervasive use of pesticides and fertilizers, ever-growing water needs, and growing extractive activities (minerals, wood, combustible fossils). The construction of the Three Gorges dam on the Yangtze is a good illustration of this large-scale mobilization of resources.

Downstream, industrial pollution generated by urbanization and transportation in turn deeply affect the soil, air, and water. Chinese cities are known for being among the most polluted in the world, while river basins are often in critical conditions. Industrial accidents are frequent, and their victims are exposed to serious long-term consequences. Like other developing countries, China today has “cancer cities”, where the health damages of industrial activity and their social consequences are particularly dramatic.

A growing population and an arable land deficit 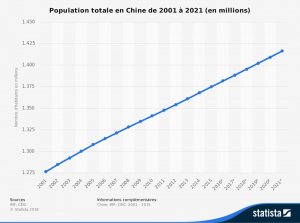 The responsibility for this situation is often attributed to the authoritarianism of the post-communist regime, to global capitalism, or to the strange cocktail of the two. But in China the environmental question primarily rests on a basic ecological fact: the country feeds 1.321 billion people, or 22% of the world’s population, on 9% of the world’s arable surface. Despite its birth control policy, the population has until now continued to increase due to economic development, while the farmable land surface has substantially decreased under the joint pressure of natural and human factors. This is the equation at the heart of China’s environmental policy issues. The growing pressure on the fragile environment (the coastal regions, the humid delta zones, the large forests, the arid northern and eastern parts of the country, the large waterways) is primarily of a demographic origin.

The pressure is then considerably compounded by urbanization, industrialization, and the development of agricultural productivity. Finally, since 2008 China has been the largest CO2 emitter in absolute terms, and since the beginning of decade has climbed to the same level of per capital CO2 emissions as European countries, without reaching the record still held by the United States. China therefore strongly contributes to climate change, while also strongly experiencing its consequences, especially in terms of food security, drought, exposure to extreme events, cyclones, and flooding in particular. 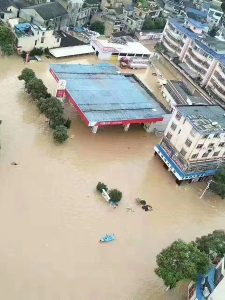 Climate has therefore become a major issue for the country’s trajectory and development, and for its positioning in international relations. Mercilessly, the poorest and most destitute populations suffer the most from environmental degradation, because they are both the most exposed (in arid regions, on the shore of contaminated waters, and in dangerous industries) and the least able to protect themselves. In addition to expropriation problems and the most glaring corruption affairs, pollution is an important source of the often-explosive protests that convulse the countryside and cities.

The environment thus presents a series of challenges that test the regime’s governance, that is, its ability to act and respond to the population’s expectations, transform its operational modes, and remain legitimate. In planning exercises, the idea of the regime’s fragility precisely lies in its exposure to the potential consequences of a major crisis that could turn the population against it. In recent history, the CCP withstood the questioning of authorities’ responsibility regarding the 2008 Wenchuan earthquake and its 69,000 victims (in addition to the social consequences of the financial crisis that broke out that same year). In the environmental area, the crisis is not a theory but a daily reality for Chinese people facing air, water, and soil pollution, and its consequences on food and health. But the regime endures by avoiding major political transformations. The Chinese regime’s resilience in the face of the environmental crisis is at the heart of the questions explored in environmental policy research.

What is the impact of this environmental crisis on governance in China? 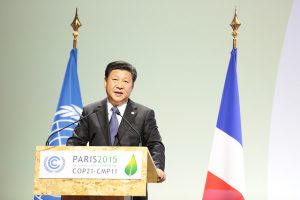 First, Chinese authorities have been particularly active in this area. After a phase of lagging that lasted until the mid-2000s, and in the context of the administration’s massive modernization effort, China gradually developed a legislative and regulatory apparatus that is comparable to that of developed countries. These innovations largely occurred from policy transfers resulting from the development of China’s international relations, through the adoption and ratification of all the major environmental treaties, bilateral and multilateral cooperation programs, and selective imports of public policy tools. Environmental governance, in China as elsewhere, has a strong transnational dimension.

Paradoxically, while environmental policy transcends borders, at the national level it remains relatively compartmentalized in the sector structured around the Environmental Protection Agency, which has a hard time imposing its views on other administrations. Despite the “war on pollution” declared by Xi Jinping in 2014 and a climate policy led from the top of the state, environmental protection remains largely sector-based. This is also the case in Europe, but the “fragmented authoritarianism”, to use the main expression that has come to characterize the Chinese regime, is an aggravating factor here. Environmental policy also mainly consists of regulation, and this one of its principal difficulties. Environmental observers and actors in China have long noted the deficit in the implementation of environmental policy. The legislation is well crafted but often remains powerless. There are a number of reasons for this: first, the nature of Chinese growth, largely based on manufacturing activity and physical transformation of the environment; next, the asymmetrical demands and conflicting objectives between environmental protection and growth policies; the decentralization of decision-making to the provincial and especially local level, where collusion between economic and political interests directly affects the CCP; the absence of real judicial and media independence; finally, in the absence of electoral competition, the non-existence of a green party that might influence the policy agenda.

One might be tempted to characterize this situation as a form of environmental authoritarianism, whereby the government (in effect, the CCP) actively pursues a policy with limited effects due to the absence of democracy and effective separation of powers. The analysis must be pushed further, however. There is no doubt that Chinese authorities developed an environmental agenda because they are seeking to limit grounds for unhappiness and contestation, and to secure long-term legitimacy. But environmental governance is practiced in a relatively more moderate and participative way than other types. Many NGOs and formal and informal social movements, which are most often local, have emerged since the 1980s, and journalists play a key role in covering environmental issues. Complete freedom of expression for the civil society and press does not exist, but there is certainly a negotiating space for public issues and decision-making. Social mobilizations have succeeded in securing the relocation of a PCB manufacturer in Fujian province, halting the construction of a major dam on the Nu river in Yunnan, and more recently, rejecting a nuclear waste processing facility in the city of Lianyungang in Jiangsu province. Legally, environmental litigation has significantly developed and some provinces have even established jurisdictions specialized in environmental litigation. 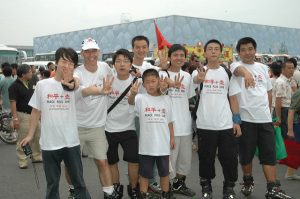 The environment is therefore more of an area of public action where the arbitrary recedes to the benefit of more participative institutions and procedures that are more favorable to citizen rights. Without announcing any democratization, the regime’s authoritarianism has been mitigated rather than exacerbated by environmental policy. The limits to its effectiveness are tied to the magnitude of the accumulated problems, and to the absence of a real separation of powers in the implementation, which point to an essentially bureaucratic environmental governance that is not very effective in responding to the imperatives of the state as an environmental regulator.
Today China has decisively engaged in the climate regime defined during the Paris Accords in 2015. It has also developed powerful solar, wind, and electric vehicle industries. Its policies and industrial offer are favorably shaping the global environmental agenda, and it is likely that China will quickly become the leading power in the green economy. But because of its demography, growth, and bureaucratic governance, the sustainability of its development will continue to be more of an aspiration than a reality.