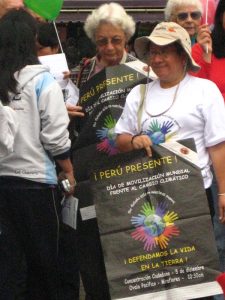 Do environmental depredation and climate change affect women differently from men? This question has been asked by feminists and policy makers for at least half of a century and various schools of thought on this issue have emerged. These schools of thought are differentiated by economic vision and the role that women play in the economy as well as society at large. In the past decade, the link between women’s emancipation and the environment has been growing in importance.

Understanding the relationship between women and sustainable economic development dates back to the early 1970’s with Esther Boserup’s groundbreaking work, “Woman’s Role in Economic Development”(1)Ester Boserup, Women’s Role in Economic Development, 1970, Ester Boserup – a danish economist – explored the gendered division of labor in agriculture as well as women’s centrality in subsistence production. As stewards of the land, women are often in charge of planting household crops like rice, plantain, corn, and others, they are more attuned to changes in climate that result in droughts or flooding. Boserup argued that they have to learn how to work with nature and are more sensitive to issues of environmental protection. 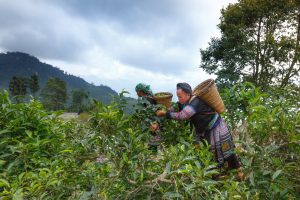 Recent research argues that climate change will disproportionately affect the economically disenfranchised of the Global South. This is due to the geographical zones of these economies, the urban neighborhoods that its poorest citizens inhabit, and the nature of their livelihoods. In addition to having low incomes, these citizens have almost no savings, and lack insurance. What’s more, their countries lack a strong welfare state that can bolster them during an environmental disaster. Women still remain particularly vulnerable. In the case of floods, for example, women’s safety is at a greater risk because many are not taught to swim even though they spend much of their time fishing or fetching water.

What can be done?

Academics and policy makers have different views on both the extent of the problem and the means to solve it.

Liberal feminists point to a lack of women’s representation in decision-making roles in the sectors of energy, sustainable agriculture production, and food security. They believe women should have more access to land ownership as well as priority technical and financial assistance. 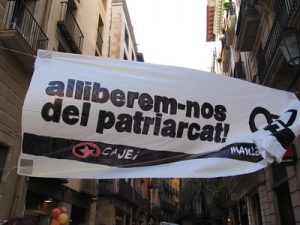 Material feminists – who denounce the exploitation of women by the patriarchal system – seek to dismantle the sentimental narrative of the relationship between women and nature. But they critique the sexual division of labor that has marginalized women to being only subsistence producers or natural resource managers with scant access to property. They posit that women’s role as caretakers makes their work less visible.

Material feminists believe that in order for women to free themselves from the cycle of poverty, the state needs to support their reproductive work while raising social awareness on the importance of subsistence farming, promoting practices that protect the environment.

Finally, a third feminist trend known as cultural feminism critique the framing of the problem as one of equality and representation and the invisibility of reproductive work. Rather they posit that economic systems should be redefined to incorporate an alternative, feminine view. Cultural feminists believe in shifting the emphasis away from growth towards a worldview that prizes interconnectedness and nurture:

At the heart of the twentieth century economics is the portrait of rational economic actors who are self-interested, isolated, calculating, fixed in taste and dominant over nature. This portrait has shaped who we have become for a certain time. But as Kate Raworth put it(2)Kate Raworth – Doughnut Economics: Seven Ways to Think Like a 21st Century Economist, Random House 2017, “human nature is far richer than this, as early sketches of our new self-portrait reveal: we are social, interdependent, approximating, fluid in values and dependent on the living world.” 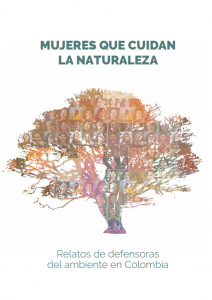 In my previous research, I have analyzed how the debate surrounding the role of women in sustainable development has played out in Colombia. I have paid particular attention to current discussions of equality in farmer’s access to resources as well as legal action that seeks to provide reparations for victims of the ongoing civil conflict. There have been several laws specifically addressing the relationship between women and sustainable development in the country. Most of these policies are informed by a liberal feminist worldview as they focus on equal access to agricultural development, including land titling, credit, and education. Aside from progressive measures that seek to provide women with aid money and reparations, my conclusion is that gender sensitive legislation makes sustainability unachievable. This is due to women’s limited ownership of rural lands and high reproductive work burden, coupled with economic development plans that privilege agribusiness over subsistence farming(3)García, Helena Alviar “Searching for women and sustainable development in Colombia: Restructuring the limits”. In Fordham Environmental Law Review, 2012.

A bigger challenge but more opportunities? 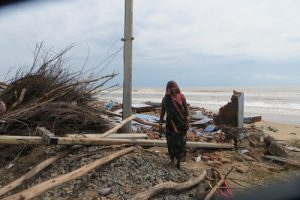 While there are many different interpretations of the relationship between climate change and gender, it is important to examine some insights. First, that the most vulnerable people, men and women, will suffer the greatest from climate change. This should be the starting point of any agenda. Second, the perils brought as a consequence of environmental depredation should provide an opportunity to rethink the growth imperative and the (arbitrary) separation between human beings and nature. Third, women’s invisible reproductive work situates them at a higher risk than men when facing the global climate crisis.