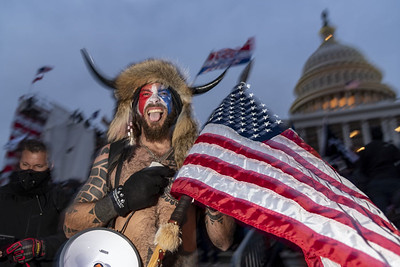 The last US elections seem to have once again shown the vitality and adaptability of American democracy. The country had record voter turnout – the highest since 1900 (confirming a trend already observed in the 2018 midterm elections); both candidates’ scores were significantly higher than Obama’s in 2008; and the states were able to adapt their electoral systems to the extraordinary circumstances wrought by the pandemic by facilitating access to voting. All of this unfolded in a context marked by new forms of participation and activism, and by the transformation of many state and municipal governments into true laboratories testing bold and innovative public policies. 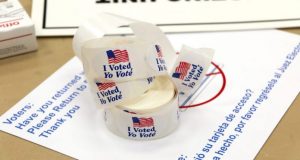 It is also worth noting the establishment of a more representative government reflecting society’s pluralism and diversity: 118 women were elected to Congress (out of 535 representatives), the largest share in history (with the share in the Republican delegation more than doubling, from 13 to 28 representatives); likewise, the African-Americans and ‘Hispanic’ delegations were the largest ever [128 are ‘non-white’].

But this vitality is accompanied by an obvious fragility in American democracy, as attested by the endless post-election transition, culminating in an incredible assault on Congress by Trump’s supporters and a refusal by the former president and a significant share of the electorate to accept the election results [according to several polls, between 60 and 70% of Republican voters consider the 2020 elections to be ‘invalid’]. These supporters were also willing to use every possible tool to overturn the results, fuelling a legend – that of the stolen vote – that quickly entrenched itself and will likely poison political conflict and public debate in the months and years to come.
In many ways the American democratic body is on its knees and clearly troubled, making it receptive to demagogic, populist, and even authoritarian bids to provide a direct and unmediated relationship between the leader and the people, bypassing the filter of representative institutions.
This movement reflects the obsolescence of a skeletal constitution and an electoral system that increasingly tends to structurally reward a minority: to sustain minority rule through the over-representation of certain states and their voters. 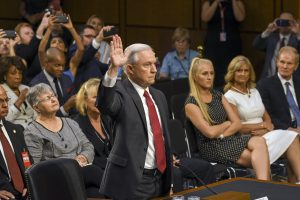 An especially telling example is that in presidential elections Wyoming (with a density of 6 residents per square kilometre and a 91.5% white population) selects one elector for every 183,000 residents, while it takes 718,000 residents to select an elector in California (with a density of 254 residents per square kilometre and 36.6% non-Hispanic white population) – a ratio of 1 to 4 between these two states. In the Federal Senate, where each state has two representatives regardless of size, the imbalance is even more pronounced, with a ratio of one senator for every 290,000 people in Wyoming (with a total population of 578,759 in 2019) and one senator for every 20 million people in California (population of 39.51 million in 2019).

The underlying factors of American democracy’s ailment are many and range from short to long-term, and from structural to contingent. They can nonetheless be summarised in four keywords describing intrinsically interdependent phenomena that reinforce each other and reflect both the causes and consequences of an exhausted democracy. Moreover, each of these elements is conducive to populist responses able to capture the imagination and support of part of the electorate.

A Polarisation Leading to a Paroxysmal Conflict

Political polarisation is the first of these phenomena. In the American two-party system, this concept dear to political science designates a fracture between two firmly opposed political and electoral camps, with very little mobility from one camp to the other. It also designates a propensity to delegitimise opponents by transforming them into existential enemies, to the point of jeopardising the normative idea of what American democracy is and should be. This polarisation can be measured with a number of tools: from the traditional propensity to increasingly vote ‘straight ticket’ – that is, to choose candidates of the same party, regardless of the type of election (local, national, etc.) – to other more unusual behavioural trends, such as the significant decline in ‘inter-party’ marriages (Democrats and Republicans increasingly tend to marry people from their own party and to find them physically more attractive).

The overall result is a denial of the political opponent’s legitimacy, as reflected in the casting of elections as a kind of Armageddon and in the refusal to accept an unfavourable result, or to interpret it as resulting from fraud or external interference. The risk of an escalation in post-election tensions, and even of confrontation and violence, is therefore significant, as seen after Biden’s victory. But these effects also significantly impact the operation of democratic institutions, and therefore the system’s ultimate credibility.

These considerations lead us to the second keyword: effectiveness.
By government effectiveness we are referring to public policy resulting from the legislative process that is essential in a democracy. The process enables a policy’s codification by giving it the roots to endure since it can only be challenged by new legislative branch action. It is important not to forget that the American system is a federal one with a weak presidential regime: a bold political and constitutional model that splits power between the federal centre and the peripheral states, and creates a complex system of checks and balances between the executive (the Presidency), the legislative (Congress), and the judiciary (various federal courts, beginning, of course, with the Supreme Court). It is a model that requires constant compromise and mediation to work, as well as the creation of large bipartisan majorities, especially in the Senate, where specific rules further exacerbate this aspect.
Polarisation creates a countervailing pressure: it tends to favour the most radical candidates in primary elections; makes it politically and electorally unprofitable to work with the other side; and produces parties that are more ideologically homogeneous and more distant from each other (a trait common to both Democrats and Republicans, but becoming markedly more pronounced among the latter). 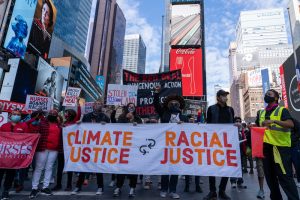 One of the consequences was a serious weakening of the legislative process throughout both the Obama and Trump presidencies. Another is the propensity to govern by executive order (with presidential executive orders) or bureaucratic-administrative means, with precise instructions from the executive to the relevant federal agencies on how to interpret and apply an existing law, often distorting its original meaning. All this raises the question of how democratic the government is, and undermines its efficiency. On the one hand, the executive is sidelining the fundamental legislative branch, or working around the constraints and conditions that the latter can constitutionally exercise. On the other hand, the policies thus implemented are often drawn in the sand: lacking legislative codification, they are exposed to (and can be overturned by) an electoral tide. An example is the massive environmental regulatory apparatus developed by Obama and then dismantled by Trump with the stroke of a pen. Given the federal architecture, these policies can also easily be challenged by state and municipal authorities via the court system, which often rules in their favour.
By yielding less effective policies, polarisation in turn leads to less trust in institutions and their representatives.

The delegitimisation of an elite perceived to be disconnected

This is where the third keyword comes into play: delegitimisation. The delegitimisation of elites, in this case political elites, is a well-known pillar of the success of populism. The indicators are unequivocal on this point, and for years Congress has placed at the bottom, if not last, in rankings of institutions that Americans most trust (the armed forces invariably come in first place). It is a political class that, in its ineffectiveness and contentiousness, seems distant, self-referential, and often corrupt. It is increasingly common to refer to it as the Washington ’swamp’ – one that Trump repeatedly promised to drain.
Moreover, this class, accused of not having any answers, operates in a bubble disconnected from reality, and appears unable to fulfil its primary function: address the basic needs of citizens by providing them with the greater security – starting with social security – that is a hallmark of advanced contemporary democracies.

This dimension brings us to the last crucial keyword: globalisation. 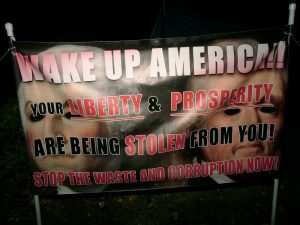 The United States has been at the centre of global integration dynamics over the past half century. It has largely driven, defined, and exploited them. Its high value-added service society has benefited like no other. Many of its cities have been central to these processes. Large corporations were able to grow profits by outsourcing production to places with lower labour costs and little or no union protection. American consumers have benefitted most, gaining access to an increasing number of goods at constant prices (in a context of low inflation) and forms of easy credit fuelled by global financial integration and deregulation.

Yet two long concealed or partially controlled issues emerged dramatically in the wake of the 2008 crisis and its aftermath (a crisis that continues to cast a shadow on the present and that largely explains the rise of Trump). The first issue is that part of this globalised United States was increasingly marginalised. Indeed, like all great transitions, contemporary globalisation produced winners and losers. Among the latter in the United States is a middle class of workers in industrial sectors affected by offshoring, self-employed workers, small businesses, and shopkeepers who are increasingly unable to withstand the impact of global competition. This middle class is facing a triple whammy of stagnant incomes, increasingly less effective protection, and a tax system that is hardly progressive (benefitting the lowest incomes) and rather highly regressive (favouring the highest incomes and capital). Following the 2008 crisis, this middle class also saw the possibility of accessing high levels of consumption disappear, and shifted to debt-based consumption. 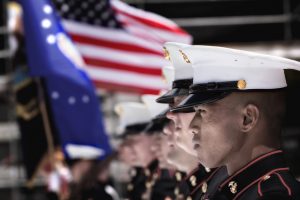 The second issue concerns sovereignty – an essential attribute of any democratic nation-state, and one that the United States can defend and reassert more than any other actor today, thanks in particular to the power of the dollar, the US Army, etc. However, even American sovereignty is partly constrained by globalisation: by the network of interdependencies at the centre of which American power is entrenched, but from which it cannot completely free itself either.
That is what interdependence is all about: dependence on other actors (especially foreign ones, which compounds the loss of autonomy) that limits its sovereignty and can affect certain spheres of activity, from security (nuclear deterrence) to production (transnational supply chains) and finance.
Polarisation, ineffectiveness, delegitimisation, and globalisation thus appear as relevant keywords to interpreting the evident fatigue in American democracy today: as interdependent variables in a complex equation, they shed light on the reasons for Trump’s 2016 victory and the popularity of his populist and sovereignist proposals.