The Mediterranean salt giant consists of salt layers that accumulated at the bottom of the Mediterranean 5.9 million years ago. Then, a tectonic shift caused the Strait of Gibraltar to close and the Mediterranean evaporated. 300,000 years later, the waters of the Atlantic Ocean abruptly started filling the Mediterranean basin to form the landscape that exists today. The European SALTIGANT project led by the Institute of Earth Physics of Paris aims to understand this geological episode through a multidisciplinary research project: geology, chemistry, biology, and environmental science, as well as social sciences, especially via Sciences Po’s Center for International Studies and Research (CERI). The latter’s involvement will help uncover the environmental, political and social issues raised by the development of this substratum rich in natural gas. 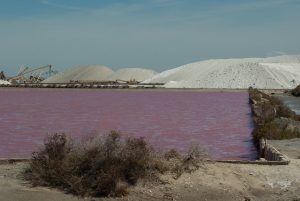 This project will bring together fifteen PhD students in eight countries of the European Union and neighboring areas. At CERI, a PhD student placed under the supervision of geography professor and associate researcher Éric Verdeil, will study the geopolitical consequences of natural gas discoveries in the Western Mediterranean, particularly drawing on the example of the so-called Zohr field off the coast of Egypt. Beyond the scientific dimensions specific to each of these pieces of doctoral research, SALTGIANT promotes two transversal principles: to provide recruited PhD students with professionalizing training through visits at partner organizations (laboratories or businesses) and the acquisition of skills relating to scientific communication to a non-scientific audience (businesses and the general public); to train in multidisciplinary approaches (not only between the social sciences and the “hard” sciences, but also within the hard sciences themselves). To do so, three thematic schools, four specialized trainings and four joint seminars will run throughout the project’s term.

A challenge for the social sciences 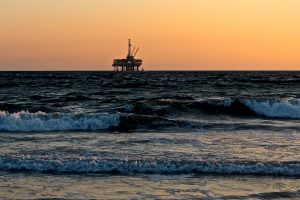 The social sciences will consider the Mediterranean salt giant from two angles. The first results from a line of inquiry rooted in the history of sciences, and particularly focuses on the history of the Deep Sea Drilling Project, which led to the discovery of these geological deposits in the context of the Cold War. This study, conducted under the supervision of Nestor Herran (science historian, UMPC), revisits the changes that affect geology and oceanography through an examination of the materiality of scientific, technological and industrial mechanisms, such as the development of prospecting and the expansion of international scientific cooperation during the Cold War, raising diplomatic concerns. The second line of inquiry, which CERI will pursue, covers gas exploitation opportunities likely transforming the region at three levels: within countries, through the economic and geographical impacts of the development of extractive activity; between countries that were historically in conflict but that, due to shared needs to export the resource, might be led to cooperate; and between the region and neighboring regions (Gulf, Europe) by transforming the nature of economic and political exchanges.

SALGIANT thus constitutes a pilot project built around new academic ties between traditionally closed disciplines and disciplinary areas, and provides a concrete opportunity for collaboration between Sciences Po and the Institute of Earth Physics of Paris (IPGP), as part of the “Université Sorbonne-Paris-Cité” COMUE.

CERI also started two other research projects that involve cooperation with the “hard” sciences: “Risks Associated with Explosive Volcanism” and ”Political vulnerability in the nuclear age”

SALGIANT, funded through the Innovative Training Networks (ITN) program of Horizon 2020, is led by Giovanni Aloisi, researcher at the Institute of Earth Physics of Paris.