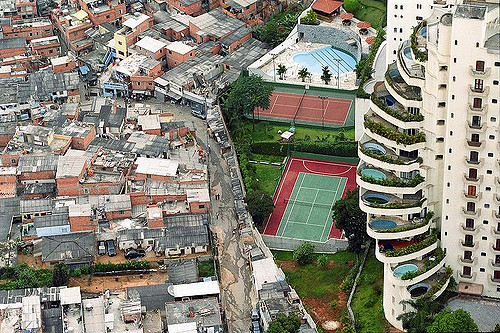 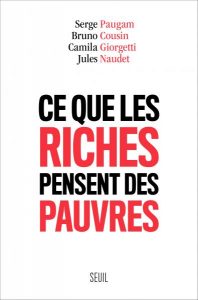 How do the upper and upper-middle classes living in wealthy neighborhoods see the poor and working classes? How do they explain the differences between themselves and the most destitute? Do they perceive the latter as a danger, a social problem or an injustice to fix? To answer these questions, four sociologists, including CEE assistant professor Bruno Cousin, conducted a research based on in-depth interviews to compare three cities generally perceived as very different:  Paris, São Paulo and Delhi. They presented their results in a book: Ce que les riches pensent des pauvres (What the rich think of the poor ; Seuil, 2017). Interview with Bruno Cousin.

Why is it important to know what the rich think of the poor?

To really understand inequalities and poverty one must also look at how they are perceived by the people who most benefit from the current state of distribution of diverse resources: the upper classes. They have a disproportionate influence in terms of individual and collective decisions – from ordinary choices on housing, school and employment issues 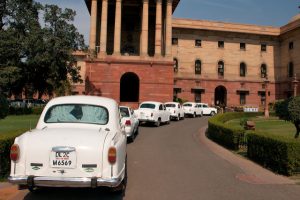 to political positions – that contribute to the perpetuation or aggravation of inequalities, and to the generous or repressive character of antipoverty policies. The upper classes also play an important role in the dissemination of representations and of various types of arguments underlying the stigmatization of the poor. By more or less explicitly expressing judgments on what is morally respectable, culturally distinctive and economically valid with respect to the poor, they can either deepen and entrench social boundaries, or conversely erase or shift them.

Why did you study three cities as different as Paris, São Paulo and Delhi?

The three cities chosen for the study (we conducted 80 in-depth interviews in each of them among the upper and upper-middle classes living in the most exclusive neighborhoods) are the most important metropolises of three major democracies. Indeed, interviews on these subjects in a country with an authoritarian regime would have been more 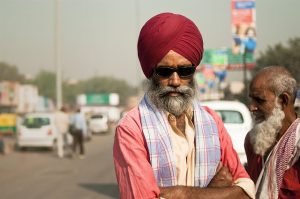 complicated (we would have faced more refusals to participate in the study and self-censorship). However, besides the commonalities, these are three very different countries in terms of welfare regime, level of inequality and recent evolution of the latter (see the World Inequality Report 2018). Therefore, any common points that might emerge from the comparison of these cases would most likely be generalizable.

What first emerges from the study is the fact that on a daily basis the upper and upper-middle classes’ main concern in terms of self-distinction and education strategies is not to set themselves apart from the poor. This is mainly because the latter distinction is most often taken for granted. In France’s case, most working class neighborhoods are far from the wealthy ones, meaning that interaction is pretty rare. Our respondents were more concerned with differentiating themselves from the upper-middle and middle classes closer to them, 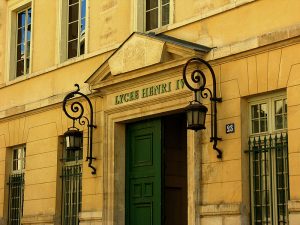 and in relation to whom they seek to assert their superior status and maintain their advantages. For reasons both identity-based and strategic in terms of social reproduction, they would like their children, for instance, to grow up in neighborhoods and attend schools that “are the right match”, and they define the social class with which they identify or to which they aspire and hold as a model in a very elitist and restrictive way. However, the rare occasions when this local moral order is effectively “threatened” by the prospect of intermixing with the working classes elicit the most peremptory and strong reactions. This was particularly the case with the plan to build a shelter in the 16th arrondissement of Paris and, in Delhi, with the idea to force  elite schools to integrate by taking in students from disadvantaged backgrounds.

These residents of wealthy neighborhoods then seek to avoid the poor and shield themselves from them. Why?

Besides the dynamics of affinity and homophily-based aggregation, respondents also mentioned reasons that were more explicitly driven by repulsion towards the poor. They seek to protect themselves from interactions with the working classes when they appear to threaten their lifestyle or, as is most often the case in the cities we studied, appear to jeopardize their physical or health safety. While each of three cities exhibits a stigmatization of the poor in terms of physical danger and hygiene violations, they did not do so to the same extent. Parisian respondents did not consider the poor to be as dangerous and filthy as respondents in São Paulo, where rates and levels of violence are admittedly particularly high, including from the police. Similarly, the representation of the poor as filthy, potentially sick and disorderly, and as marring the city, is more pronounced and recurrent in Delhi. The relationship to public spaces is also different in each of the three cities: affluent Parisians regularly visit and use them, but would like to see the bourgeoisie’s norms of politeness and urbanity imposed everywhere; wealthy 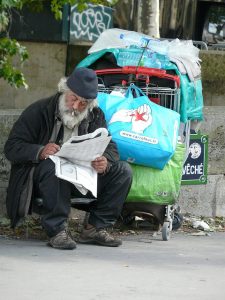 Delhi residents take for granted that they can only frequent ones in a few carefully selected neighborhoods that they navigate according to a secure routine; meanwhile, their counterparts in São Paulo often see themselves  as besieged by a ubiquitous threat and keep to private spaces.

Do these representations undermine social solidarity?

One of the book’s chapters focuses on the way in which the residents of wealthy neighborhoods explain poverty and come up with “solutions” to it. A rhetoric denouncing the inherited, and thus largely irremediable character of the poor’s predicament most often combines with arguments accusing the latter of failing to remedy their situation themselves… This articulation between the naturalization of poverty and blaming of the poor can translate into portraying the poor’s purported propensity for sloth as a hereditary streak that they are also guilty of failing to resist. In Paris, where the vast majority of respondents spontaneously mention the social determinants of poverty and consider it obvious that children do not all have the same opportunities and chances to succeed, they nevertheless assert that adults who remain poor lack the willpower to overcome their condition. Thus, the interviews display criticisms of the welfare state that are characteristic of the reactionary rhetoric. For the respondents, assistance for the poor often: is futile because it has no real effect on the issue it seeks to resolve;  is perverse because it is a disincentive for individuals effort; and/or is detrimental to balancing public finances, and therefore might jeopardize the State itself… So yes, definitely: none of this is conducive to solidarity.

See all of his publications