A Europe that lacks solidarity 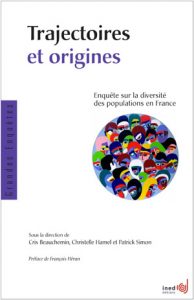 Mirna Safi’s most recent research draws on data from the “Trajectories and Origins” (TeO) survey that was conducted by INED and INSEE in 2008. She analysed the perception of discrimination in France in an article that compares different methods enabling measurement of the phenomenon. The results show that “ethno-racial” discriminations (based on skin colour, origin or nationality) mostly affect immigrants and descendants of immigrants of African and Turkish origin.

Furthermore, her analyses highlight that, contrary to common perception, the feeling of being discriminated against is not as strong as the experiences of particular discriminations (employment, housing, school, health, etc.) that are related as having been encountered and experienced as such.

Moreover, the TeO data allowed Mirna Safi to confirm that ethno-racial segregation is higher than socioeconomic segregation in France, and that it translates into greater unemployment and poverty in neighbourhoods inhabited by populations of African origin.

Transnational links are not the preserve of immigrants

Mirna Safi has also used TeO data to analyse the intensity of transnational links and their different types. The results of this research show that cross-border links are not the preserve of populations of international immigrant origin, and that they are also intensively deployed by national migrant populations such as the DOM-TOM populations and expatriates and their descendants. In addition, she shows that transnational links remain an important reality in the lives of second-generation immigrants.

As a complement to this research based on statistical analyses, Mirna Safi conducts research on public policies to integrate immigrants. In a recent study, she focused on the difficulties experienced by immigrants and their descendants in entering the labour market, which are greater that those experienced by “nationals”, and she analysed their underpinnings. The study underscores the low effectiveness of integration policies, which are increasingly geared towards the cultural rather than economic dimensions. Thus, only 10% of the budget of the Reception and Integration Contract established in 2006 is devoted to assisting migrants with entering the labour market.