On the road again

A Europe that lacks solidarity 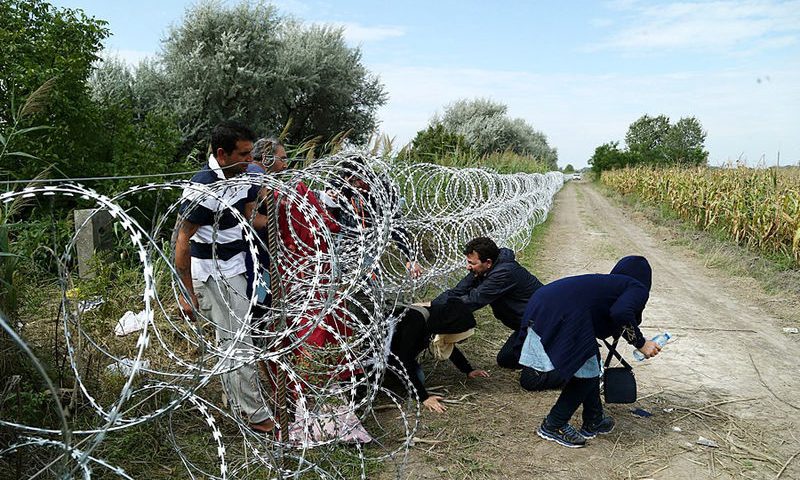 The predominance of security

Virginie Guiraudon charts how, from the first negotiations around the application of the Schengen agreement, ministries of Interior prevailed over the other ministries and were able to turn Schengen into a security system. This orientation was reinforced by the fall of the Wall, the arrival of migrants from East, the trafficking of all kinds that ensued, and finally September 11, 2001. All of these events allowed proponents of border control to justify their approaches.

She shows that the security foundations remained in placed as the migration issue was integrated into the foreign policy of the EU. In the spirit of competition between administrations it became impossible for diplomats not to “follow”. The agreements signed thereafter (especially Barcelona in 1995 and Tempere in 1999) aimed to keep migrants at bay by helping neighbouring EU countries develop, and also – especially – contain migrants and neutralize smugglers, giving rise to the creation of detention centres at the borders of Europe and within it.

The significance of national states 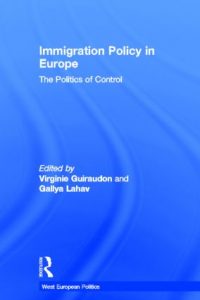 Virginie Guiraudon also argues that despite a series of agreements aiming to give the EU increasingly significant powers on migration issues (Amsterdam, 1999; Lisbon 2007), the EU’s margin for manoeuvre remains limited, since the most important part – that is, the implementation of policies – remains the preserve of states.

Another limitation is the unanimity rule, which tends to favour agreements over the smallest common denominator. It contributed to the tightening of conditions for entering into the EU via the Dublin III Regulation (2013), which stipulated that a demand for asylum had to be examined in and by the country of arrival (one stop, one shop). The inevitable consequence is that the reception of migrants was essentially delegated to the countries of Southern and South-eastern Europe. The imbalance was compounded by member countries’ unequal burdens in relation to their commitments: while the United Kingdom was able to secure an opt-out allowing it not to apply Schengen in its entirety, the countries of the East were forced to accept all of the European provisions upon accession, or be excluded from them to their detriment (Romania, Bulgaria). In this context, the proposal of European Commission president Jean-Claude Junker to establish quotas could only clash with the practices of member states, which de facto maintain most of their sovereignty on this issue. 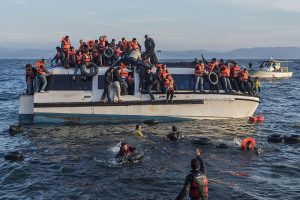 Virginie Guiraudon’s research also focuses on smuggling networks, which have become almost inescapable to reaching the borders of the EU. She describes their skill at adapting, establishing new itineraries and methods, and finding allies among drug networks. These are no longer amateurs, but rather professionals with exponentially growing fees, including the cost of corruption.

With regard to shipwrecks, the cost is foremost human: tens of thousands have drowned, and hundreds of thousands have survived shipwrecks. From 2013 to 2014, the Mare Nostrum operation crated by Enrico Letta, who was then prime minster of Italy and is now dean of Sciences Po’s school of international affairs, managed to rescue over 150,000 shipwreck survivors. The operation cost over 9 million euros per month. This was much too expensive for Italy, which did not receive enough assistance from the “European Refugee Fund”. Mare Nostrum was replaced by the European Triton operation, with a third of the funds, even though it was part of the Frontex agency, whose budget has grown from €6.3 million when it was created in 2005 to €114 million today, and whose monitoring mission is paramount.