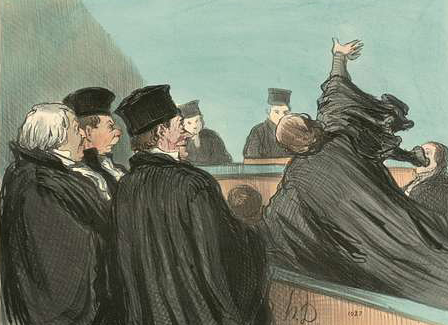 A peroration in the manner of Demosthenes, Honoré Daumier, 1847. Courtesy of Boston Public Library 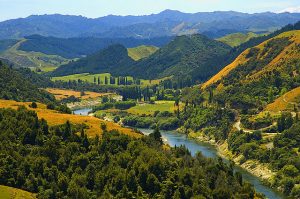 In 2017, the tribes living along the banks of the Whanganui river, the third-largest in New Zealand, finally obtained recognition of their spiritual connection with the river after a long fight. New Zealand’s parliament recognised the river as a living being with a “legal personality” generating rights and obligations. At the same time, India was taking similar action, grating rights to two rivers (including the Ganges). Closer to home, the French National Assembly voted a law in 2015 to improve animal welfare. Pets, tamed animals and/or in captivity, traditionally considered by the legal system as “personal property”, are now better protected, having been recognised as “sentient living beings”(1)New article 515-14 (created by law no. 2015-177 of 16 February 2015 – art. 2): “Animals are sentient living beings. Subject to the specific laws that protect them, animals are governed by property laws.”.
These very recent examples illustrate that legal creativity is a constant process. Often as a result of long fights, failures, efforts and disappointments, our societies establish protection for the beings that comprise them. In the early 20th century, legal professionals used the term “socialisation of law” to describe the movement of extending certain rights to certain categories of the population. At the time, this referred mostly to women, labourers, unions, children etc. who did not have the same rights as others. Current developments in environmental law, anti-discrimination law, digital law and compliance(2)i.e. The processes intended to ensure that an organisation and its members comply with the legal and ethical standards applicable to them. reflect new challenges and requirements, and new claims. 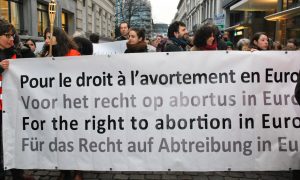 Is it really still necessary to recall the extreme fragility of laws and the fact that they are never permanently established, constantly being threatened by opposition movements, repeated questioning and attacks? Today’s news is sadly full of examples that illustrate the erosion of rights that we imagined to be definitively acquired: abortion, freedom of expression, protection of personal data, social rights, immigrant rights, etc.

How can history report the emergence, expiry and transformation of laws? How can we describe the process? What sources and methodological tools can we use? Who are the parties involved in this lengthy and complex history? These questions are the foundations of the book Histoires contemporaines du droit (Contemporary histories of law), co-authored with Anne-Sophie Chambost (Sciences Po Lyon) and Jean-Louis Halpérin (ENS Ulm). Unlike conventional manuals, this book does not provide a chronological review of the subjugation of laws and the organisation of legal institutions since the early 19th century. There are plenty of other, often excellent, books that already do this. Based on a selection of legal issues, this book reviews the research, presents the historiographic challenges and points out the blind spots, as well as suggesting new areas to be considered or examined more closely. It thus constitutes a reasoned overview of historical research, attentive to the multiplicity of questions and the diversity of methods, which is why the plural “histories” is used in the title. Each chapter presents an interdisciplinary bibliography and finishes with a brief research guide, listing dictionaries, reviews, databases, etc.
The book presents the history of legal norms, professionals of the law, legal dogmatics, uses of law and the political history of law. It also pays particular attention to a variety of traditional legal activities: judgement, law-making, administration and teaching. It focuses on how French and foreign research has approached and renewed these different domains.

Beyond the Law-maker, Other Sources, Other Players 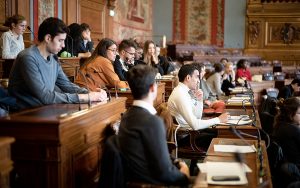 Let’s look at an example. The history of law traditionally concerns the evolution of the various constitutional bodies of a State (government, Senate, National Assembly, etc.) and the institutional layers involved in the legislative procedure. However, in recent years, researchers have been taking a broader look at the law-making process. Parliament is no longer seen as an exclusive figure, working independently and separately from the outside world: it is connected and linked to social demands, to a political and media agenda and even to parties with often contradicting interests. Thanks to historical sociology and the analysis of public policies, the study of “law-makers” is now combined with the study of a large number of different players. Although they are not involved in the actual formulation of a law, they are considered as “near-legislators”. At the same time, the historical scope of law has been extended to include regulations, “private interest” laws, legislative styles (comparing different regimes and different countries) and textual concoctions used as a basis for legislative developments. Ultimately, the analysis of the entire legislative landscape, comprising norms, procedures, elected representatives, citizens, passions, ambitions and crises, has been expanded and animated.

History, Beyond Law but Through Law

The history of law is traditionally seen as a discipline designed within law faculties, with its own teaching staff, specific qualifications, and specialised reviews and colloquiums. 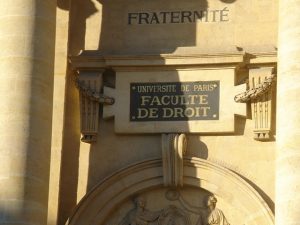 This has ultimately meant that the discipline has long remained the exclusive domain of legal professionals who saw it, and all too often continue to do so, as an instrument for analysing applicable law. This situation has kept non-legal specialists at bay, thus contributing to the domination of purely judicial concerns in its writing. However, times have changed and the history of law is now considered in terms of a dialogue with other fields of knowledge. Although this book is proud to have a solid legal foundation, it is not confined to the circle of the law and makes a number of detours into other disciplines. It contains a large portion of comparatism, teachings of political history and resources proposed by social science. The goal is to further the historical analysis of law not only using comparative approaches of  law beyond our western tradition, but also thanks to the progress offered by the sociology of public action, science studies, critical theories of law and cause lawyering(3)Cause Lawyering : Sarat Austin, Scheingold Stuart,  Quelques éclaircissements sur l’invention du cause lawyering. Entretien avec Austin Sarat, Stuart Scheingold“, Politix, n°62 (La cause du droit), 2003, to cite just these examples.
The perspective presented also invites review of some of the premises of the history of law, as it is generally practised in Europe. The writing of a national history of law (which has sometimes been associated with a form of legal nationalism) can no longer ignore the issues raised by transnational dimensions and worldwide history. For example, writing the history of French law does not mean purely and simply ignoring the constant circulation of ideas, people and models beyond our national borders.  Similarly, writing the contemporary history of law does not mean considering a tradition as a fundamental truth. “Belonging to the Romano-canonical tradition” or “Belonging to the civilist tradition” (as opposed to the Common Law tradition) is not sufficient to define its limits: there are many ways of taking into account the past, referring to it, reactivating it or ignoring it. The history of law as written by legal professionals is often accused of favouring a conservative view of society, rather than an investigation into its origins and a search for invisible continuities. Our contemporary histories are primarily an invitation to recognise the bifurcation of institutional trajectories, the plurality of legal timescales, and the instigation of new political perspectives. 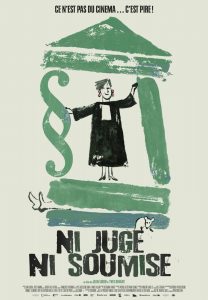 The past few years have seen a marked trend towards considering legal professionals as more than just simple “guardians of collective hypocrisy” (4)Pierre Bourdieu, « Les juristes, gardiens de l’hypocrisie collective », in François Chazel et Jacques Commaille (dir.) Normes juridiques et régulation sociale, LGDJ, coll. « Droit et Société », 1991, or the armed branch of state domination. The critical approach has exhausted itself, opening up the possibility of new views on the activities of legal professionals. We do not intend to present a historiography of the various legal professions (lawyer, magistrate, notary, professor of law, etc.) or of the diversity of their roles within the legal system. This subject has long been a topic of interest and much has been published in this field already. We found it more original to examine other more transversal, although more discreet, activities. More ordinary positions that illustrate the flesh and consistency of legal professionals, which are all too often considered as pure mechanics, ventriloquists of the law and power. The book recalls the capacity of these professionals to intervene as experts in public matters (legal professionals), the efforts of some stakeholders to build a reputation or an authority in the legal domain (leading legal professionals), the energy that others put into leaving their offices, courts or chairs to explore new territories, even new continents, learning from these experiences new ways of understanding and thinking the law (travelling legal professionals). All legal professionals spend a lot of time writing: writing decisions and conclusions, writing articles and treaties, producing consultations, etc. (writer legal professionals).

This overview of the life of the law since the end of the 18th century might be disconcerting for some readers who are reassured by the certainties and stability of the institutional history; however, we hope that the contemporary histories of law will become clearer and more interesting through these new questions, resources and methods.

Frédéric Audren is a CNRS Senior researcher in the Centre for European studies and comparative Politics and a professor at the Sciences Po Law School. His work concerns the history of legal and judicial professions and knowledge. View his publications.