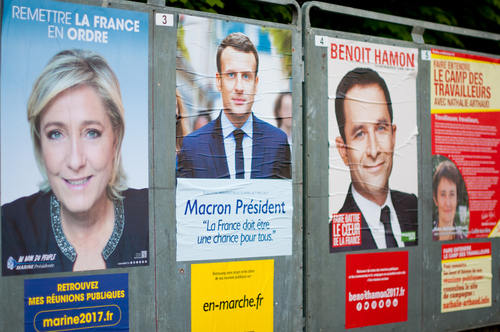 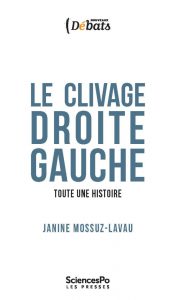 Much has been said about the disappearance of the left-right political division since Emmanuel Macron won the presidential election in 2017.  This vision, according to Janine Mossuz-Lavau, is flawed. Her latest book — Le clivage droite-gauche. Toute une histoire (The right-left cleavage. A full history, Sciences Po editions, September 2020)  looks back at the history of this divide. She claims that, far from being outdated, it is rejected by the electors themselves. The electors represent the “demand” and still consider each other according to these two political ideologies, which represent the “supply”. It is therefore up to “supply” and not “demand” to alter its expression, because the people have not abandoned the historic, fundamental values of these political parties. Interview.

When and where were the notions of right and left first conceived?

Janine Mossuz-Lavau: In France, the first separation is generally considered to have been observed in 1789 with the Estates General. Those in favour of religion and the king were seated (already!) on the right, while those against had the seats on the left. However, in England, as early as 1672, the members of the House of Commons were also placed either to the right or left of the king (as pointed out by Marcel Gauchet, who has studied this divide in great detail). 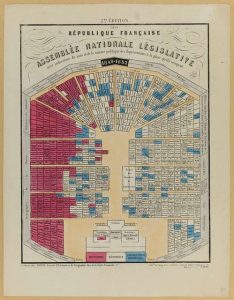 In France, the system really came into being during the Restoration period, its use being sanctified in 1815-1820. Over the years, the two sides have had different names: red and white, republicans and conservatives, cosmopolitans and nationalists, or, closer to home, dirigists and liberals. However, as Frédéric Bon(1)Frédéric  Bon – Les élections en France : histoire et sociologie, Éditions du Seuil, 1978. pointed out “all these cleavages have been reduced, one after another or at the same time, to the left-right divide”.

On what topics were they opposed?

Janine Mossuz-Lavau: Originally, they were for or against the Revolution, the Church, the Republic. Then came the Dreyfus affair, the Resistance movement, capitalism, sexual liberation, family, patrimony. At the centre of these disagreements lies the notion of equality, the guiding light of the left according to philosopher Norberto Bobbio, and considered inaccessible, utopian and even harmful by the right, which prefers to believe in the inevitable and beneficial existence of “hierarchy”. In short, the left wants a horizontal society, while the right would prefer a vertical society. Having said that, these beliefs have evolved over time.

So, what are today’s beliefs and how have they evolved? 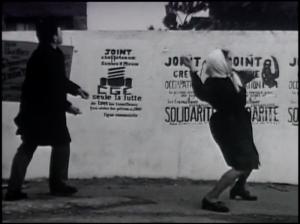 Janine Mossuz-Lavau: I have measured these evolutions by conducting qualitative surveys every decade since 1970, using different methodologies: non-directive and semi-directive interviews, life stories, etc. In 1970, the left – still using the term “class struggle” – opposed workers and the bourgeoisie and believed, perhaps not in a social revolution, but at least in a profound change in society if the left finally came into power. The right deferred to the man of the hour, General de Gaulle, trusting in his successors once he left power in 1969.

Today, according to my most recent survey (2018-2019), the left is still aiming for equality but often in the form of equal opportunities (and no longer equal conditions), reduced inequalities, and even fairness to compensate for rather than to eliminate inequalities. The priority for the left is more social justice. However, a certain resignation or feeling of powerlessness is predominant: the left feels dependent on the rest of the world. Whether for or against, globalisation has left its mark. The right promotes work (as opposed to what have become known as “state handouts”), freedom (accompanied by a little or even a lot of order), economic liberalism, national identity, and the demand for respect (“no-one respects anything any more” has become a catchphrase), but moral behaviour has earned some leeway. It has also become easier to imagine helping out the less fortunate populations, through Christian charity among Catholics and, among others, to prevent the “wretched of the earth” from threatening the unstable equilibrium of society.
A two-fold movement, which is more of a vague outline than a clearly defined phenomenon, with “deMarxisation” on the left and “dechristianisation” on the right, offers a partial explanation for the attenuation of both the projects and the violence that once caused conflict. However, the two sides are far from being compatible or likely to be confused.

You said that if commentators are so quick to accept the theory of the disappearance of this divide, it is because they are “confusing supply and demand”. What do you mean by that? 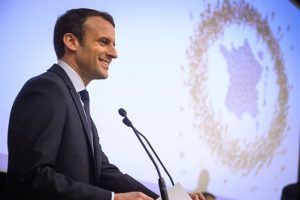 Janine Mossuz-Lavau: This question brings us to the controversy at the heart of my book. It is true that the media, commentators, experts and others often claim that the left/right cleavage is “out-of-date”, without necessarily realising that they are not distinguishing supply from demand. And yet, these are key notions in understanding the political state of a society, whatever it might be. The supply is what is proposed by political parties and politicians: they put forward measures, form alliances and sometimes lose themselves in internal quarrels. Here, we can ponder the differences that might exist between one group and another. However, political demand — i.e. what electors believe in and want — is clearly differentiated and stable. Our fellow citizens know perfectly well whether they are right- or left-wing or of no particular leaning. Less than 9% of them do not place themselves on a right/left spectrum and this ideological positioning is a clear indicator of a person’s social identity. Depending on whether people claim to be right- or left-wing, they will have different opinions, different ways of behaving. However (perhaps through insufficient knowledge of the realities in the field?), political commentators generally limit their remarks to the supply, drawing conclusions that they project onto society as a whole, as if demand was a mere reflection of supply. However, the findings of the major surveys conducted by the Centre for Political Research and my own qualitative surveys confirm that this is a mistake.

What does this left/right divide tell us in the context of the 2022 elections in France?

Janine Mossuz-Lavau: This divide nourishes the lives of the vast majority of French people. Far from having disappeared, it will be decisive in the upcoming elections. The article “Ni gauche ni droite? Bien au contraire” (Neither left nor right? Far from it), co-authored with Pierre Henri Bono and published on 23 September 2020 in Libération presents a few recent figures 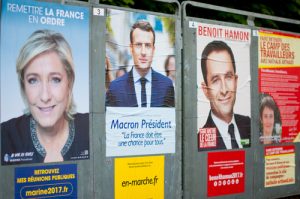 However, within LREM, 18% claim to be left-wing, 46% right-wing, 32% centrist and 3% decline to respond. Among Rassemblement National followers, this indecision is even more marked: 6% left-wing, 65% right-wing (including 25% extreme right) but 19% centrist and 10% do not position themselves. This tropism towards the centre clearly indicates the lack of ideological commitment. For the two parties currently aiming for the second round of the 2022 elections, the risk of electors changing their vote cannot be excluded: at least some of their supporters are swing voters.

This should encourage the “traditional” formations of right and left not to dilute or dispense with their fundamental values in the hope of attracting votes from their two aforementioned competitors. “Real people”, those who are not drifting away from their values, might then move even further away. In terms of supply, the parties must think carefully, and not throw into the wastebins of history the markers that have proved their value in the past; they must give up the marketing approach, abandon the “catchphrases” that are so quickly identified that they have become ridiculous. In short, as Raymond Devos joked, not to remain “not even good for nothing”.