The metropolises of risk 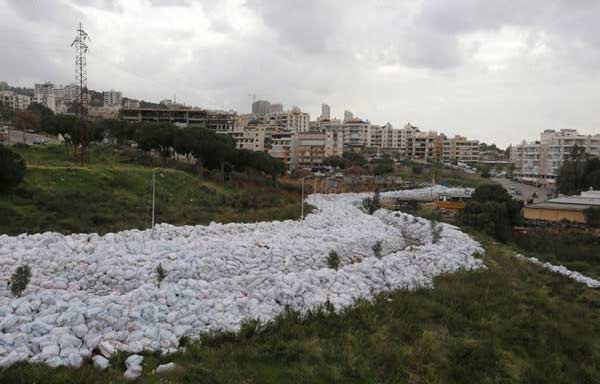 “T he waste management crisis that Lebanon has experienced since the summer of 2015 has received wide media coverage and been the subject of analyses focused on its political significance. Caused by the saturation of Greater Beirut’s main dump and government authorities’ inability to find a sustainable solution, this crisis has given rise to strong civic mobilization. 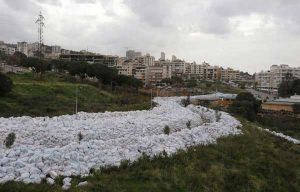 Beyond the technical issue of waste management and processing, demonstrators protested an opaque system wherein the State was incapable of ensuring minimal public service operations and only served to enrich a political elite united by a desire to “get a share of the pie” and hold on to power.

Building on the civil war’s dumps

This perspective on the issue focuses on its metabolism and emphasizes the close relationship between the country’s waste management and urbanization pattern. First, the volume of waste is growing very rapidly (+42% between 1999 and 2013), especially in the capital and its suburbs. Second, the flows of materials and waste in the city reveal, in the country’s long-lasting conflicts, a recurring link between waste circulation and storage and the creation of new urban spaces. Thus, Beirut’s new city center, which is managed by a private company – Solidere – is built on an embankment resulting from the reprocessing of a large dump created during the civil war. Similarly, the current crisis has found a (still highly contested) resolution with the government’s establishment of a new marine dump southwest of Beirut and the expansion, on its northeast coast, of a great mound of garbage dating back to the war. In this latter case, a new embankment was created to host public utilities like a water treatment plant and a park, and to prepare land for development. 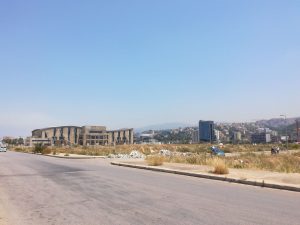 A case in point is the expansion of northeastern Beirut’s dump, which builds on real estate and financial projects and calculations dating back to the 1990s. In the city of Saïda, authorities have just reprocessed a coastal dump that had been open for close to twenty years using an embankment to also enable the construction of various facilities and of a park. The recapture of these coastal areas enables a conversion of uses and a symbolic and economic revalorization, via new leisure practices for example.

Thus, while the growing circulation of waste translates into new material realities, it is also the source of many financial flows – direct ones in the collection and dumping phases, but also ones later during the reprocessing and real estate development phases…

The countervailing emergence of new actors

In this context, some municipalities and activists have called for the decentralization of waste management. They are also advocating for the adoption of waste processing policies focused on sorting and recycling in order to limit the amount that is dumped and to end destructive environmental and political practices. 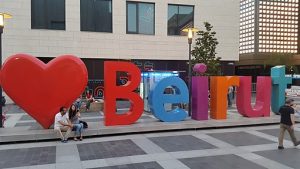 The municipal level is where the hope for an alternative policy lies, as the June 2016 municipal elections showed. A new generation of activists from academic and associative circles is making these demands. In their push for a participative approach and concrete solutions to many problems of everyday life, the representatives of these movements have succeeded in attracting many votes. The Beirut Madinati (Beirut my city) list obtained 32% of votes in the capital. Similar lists have performed well in other municipalities. However, these results have not allowed them to take over the local executive branch anywhere given the “hyper majority” voting system that leaves no room for minority lists. Once again, the outcome of the municipal elections illustrates the regime’s blockage and its general inability to respond to the pressing challenges that Lebanon faces.

Cities as crucibles of new societies 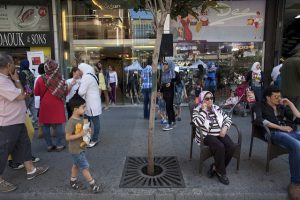 The material interpretation of flows proposed here confirms this observed inertia.
First, hopes for changes in urban government via the ballot box and more broadly political reform, have run up against the system’s institutional bolts.
Second, the city’s fabric cannot be reduced to political decisions or instruments. Rather, it reflects practices and representations that have powerful temporal and material inertia. These include consumption (and disposal) patterns that are deeply ingrained in habits, a symbolic and concrete geography of valued and unvalued places and long-term calculations on ways of creating and capturing urban advantages.
The example of Beirut ultimately shows that remaking a city requires the reinvention of material cycles and the transformation of society’s everyday operations and actions.”