United States, 2008: “For Sale” signs cropped up in front of thousands of houses, becoming a symbol of almost forced household indebtedness. But as scandalous as it may have been, the subprime crisis hid a more longstanding truth: that of households in healthcare debt, and of students who borrowed to pay for their studies and whose debt is equivalent to 7,5% of US GDP. While the French welfare state still protects its people from such phenomena, the issue remains. In a bid to address it, governments are implementing new money policies. What are they and what do they tell us about the State and society? Analysis by Jeanne Lazarus, a money sociologist and CNRS researcher with the Center for the Sociology of Organizations.

The financialization of everyday life 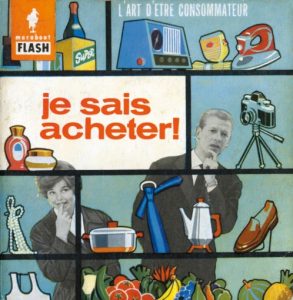 When banks opened their doors to the general public in the 1960s and 1970s in Northern Europe, the few products on offer were low-risk, and they were often backed by the State.
The liberalization of banking markets sparked a phenomenon that the social sciences have termed the financialization of everyday life.
This expression was developed in an Anglo-American context to describe the increasingly complex financial products offered to households. It also refers to how these banking products – savings, credit, and payment methods – are closely tied to the finance world and its vicissitudes (1)Randy M. –  “The Financialization of Everyday Life“, Temple University Press, 2002.

The scope of household financialization

First, household financialization means that banks are playing less of an intermediary and buffering role between individuals and finance. It also refers to the fact that household money is increasingly invested in financial markets. Most importantly, the financialization of households results from what Jacob Hacker has called “risk shift”(2)Hacker J.S. – “The Great Risk Shift: The New Economic Insecurity and the Decline of the American Dream“, Oxford University Press, 2006: the rollback of the welfare state has led households to 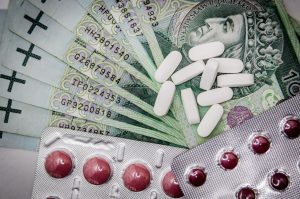 individually ensure risks that were previously collectively covered. Households are no longer going into debt due to consumption; rather, the individualization of responsibility and planning for costs related to healthcare, education, and retirement, has often led people to use bank loans.
Thus, Americans’ growing indebtedness is not linked to the consumption of luxury products, but to housing and healthcare (3)Himmelstein D.U., Thorne D., Warren E., Woolhander S. – “Medical Bankruptcy in the United States, 2007: Results of a National Study“, The American Journal of Medicine, 2009. Many individuals “refinance” home loans to pay medical bills, crreating a new home equity line of credit.  Furthermore, household debt growth has accelerated, spurred by public policies like the softening credit market and tax incentives. In France, home loans grew fivefold between 1993 ad 2017, and consumer loans, threefold. 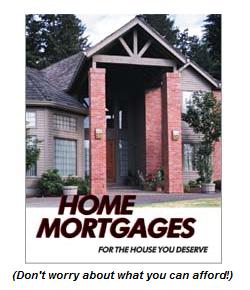 The subprime case is the most striking example: the cost of borrowing a given sum with premium credit versus subprime credit can vary by several tens of thousands of dollars.
Health insurance is another area where initial inequalities can exponentially grow: the lowest-income people generally have the most basic coverage, if they have any at all, meaning that in the event of illness their bills may lead to bankruptcy and the loss of all their assets. Meanwhile, affluent families have better coverage, although they are also not impervious to healthcare costs.

The French case: household finances as a policy issue

Given the negative effects of the financialization of both household money and the economy, French public policies address household finance as a policy issue. They form what I call household money public policies that frame monetary practices and define monetary options. This scope of public action includes the regulation of bank accounts, credit, and investments. This rather traditional financial regulation has more recently been complemented by initiatives seeking to transform financial behavior: financial education and budgetary support.
This support encompasses public and private initiatives to assist people in financial difficulty and help align their income and spending. These two areas (regulation and support for people in difficulty), long separated, have gradually been combined in the hope of providing answers to social problems that go beyond the simple scope of relations between banks and their clients.

Since the end of the 1990s, many initiatives have brought together three groups: charities, banks and government representatives. The latter initially mostly came from economic agencies, notably the Caisse des Dépôts. Social ministries were gradually involved in the actions carried out. After academics revealed the phenomena of banking exclusion in France, associations, banks and public authorities convened working groups and created a common culture, first around social microcredit in 2005, and then the manifesto for banking inclusion in 2011, signed by Secours Catholique (Catholic Relief), the Red Cross, and the Union Nationale des Centres Communaux d’Action Sociale (French National Union of Social Action Community Centers).

Undertaken to provide social microcredit, these initiatives subsequently drew on the 2011 manifesto for banking inclusion issued by the Secours Catholique (Catholic Relief), the Red Cross, and the Union Nationale des Centres Communaux Action Sociale (French National Union of Social Action Community Centers). Their proposals were first included in the 2012 poverty reduction plan. A banking inclusion policy was institutionalized in 2013 when the Banking Act established a Banking Inclusion Observatory. Banks were also required to identify their “at-risk customers” and provide them with special offers. Finally, banks were asked to participate in budget support networks within the Budget Advisory Points.

At the same time, a desire to make citizens financially literate emerged. It addressed a “need” identified by the OECD that grew out of concerns about insufficient contributions to pension funds in countries where funded pensions were overtaking redistributive pensions.

The French State was for whatever reason convinced of the usefulness of this education and outlined a program as part of a national strategy launched in 2015. The Banque de France was tasked with its implementation. It established a monitoring system for existing initiatives. More importantly, it developed training courses within the national education system for students from first grade through high school. It also opened the Cité de l’économie last June. Finally, the latest outcome of this reflection was experimentation with the Budget Advisory Points, which provide budgetary support and banking mediation; they were established in January 2016 and re-launched in 2019. 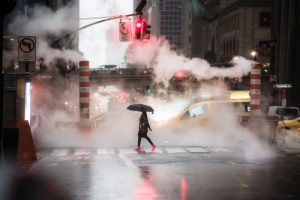 A woman with an umbrella. Crédit image : Shutterstock

Unlike the Anglo-American world, where the financialization of everyday life has long been unfolding through pensions, healthcare, and the financing of studies, France has experienced the most visible effects of the financialization of the economy in the economic world. Since the French economy is one of the most financialized in the world, this has repercussions on the job market and the distribution of added value (5)Alvarez  I. – “Financialization, non-financial corporations and income inequality: the case of France“, Socio-Economic Review, 2015 . To date, pay-as-you-go pensions, social security, and the scale of public services – in comparison to their massive decline in Anglo-American countries – have protected the monetary environment of French households from full “financialization”. Nevertheless, everyday life is becoming increasingly financial (6)Lazarus J. – “About a universality of a concept. Is there a financialization of daily life in France ? “, Civitas, Porto Alegre, 2017.

While the French State has not given up on protecting citizens, its policy response is now to prepare them for the market. This protective model is not of a piece with the traditional definition of the welfare state, which emphasizes the ability to “de-market” household financial life. The effectiveness of this new public protection model has yet to be demonstrated. The central challenge of research on the financialization of daily life is to shed light on the new forms of vulnerability that it creates, and on the transformation of power relations between social actors. If everything goes through the market, including protections, what role remains for political and democratic deliberation?