Policies at the margin of cities

At a time of great political turbulence, electoral sociology continues to provide relevant insights based on historically established fundamentals while constantly evolving.

Models withstanding the test of time 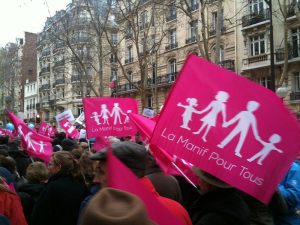 Drawing on the foundations laid by the fathers of French electoral sociology, enriched by international contributions, Sciences Po researchers put forward strong explanatory factors. In the 1970s Guy Michelat and Michel Simon developed a model that is still relevant: voters’ choices are often predetermined by “heavy variables” such as place of residence, religion and socioeconomic status. These factors play a much more significant role than electoral campaigns, the media or political culture. An example is the importance of the religious factor, which has not waned over the past 50 years, as the Catholic vote continues to favor rightwing candidates.

Socioeconomic status is also crucial: the self-employed and employees do not vote in the same way, and neither do public and private sector employees. However, while civil servants continue to be more left-leaning than private sector workers, Luc Rouban notes a rightward shift among civil servants in the past few years that is reflected in the emergence of a Front National (FN) voting block, and a fragmentation of the managerial vote: split by generational divides, managers are increasingly attracted to the center-left and the Front National – an indication of their perceived decreasing living standards and image.

Faced with the need to expand these explanatory models, researchers are currently developing studies on the behavior of previously understudied groups: young people, precarious workers, women and first-time voters. 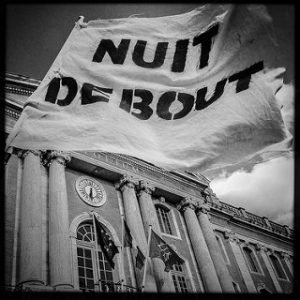 Votes and non-votes of a politicized generation

In her research on forms of youth politicization, Anne Muxel has revealed profound transformations in the youth’s relationship to politics, and therefore voting. The political signposts and ideological divides embodied by the major governing parties have partially blurred. Party allegiances and social allegiances have loosened. But while young people are distrustful of political figures and institutions, they are not depoliticized. Their activism is genuine and they are very politically responsive, with a reaction capability that has shifted from traditional political organizations to more individual and sporadic forms of action.

Their political participation is increasingly based on several repertoires of action, combining representative democracy and participative democracy: voting, abstaining and demonstrating. The civic norm associated with voting has clearly weakened. Systematic voting is a hallmark of older generations, while intermittent voting, particularly due to more abstentions, is predominant among younger generations. However, the relationship between young people and politics is not unequivocal. The social divisions among the youth translate into significant divides. Young students and uneducated, low-skilled young people often struggling to enter the labor market do not have the same relationship to politics. The former are more left leaning and skeptical. The latter are more withdrawn from political participation in any form, and when they vote can provide a significant share of votes to the right, and especially the far right.

The significance of cohorts 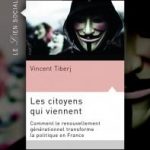 This analysis is corroborated by Vincent Tiberj’s work (The citizens who come), which uses a cohort breakdown based on birth decade. This approach enables, for a example, a redefinition of what is known as the Mitterrand generation, bearing in mind that in 1981, 46% of voters had been born before World War II, while this group only accounts for 15% of voters today. Also, those who voted in 2012 were not old enough to vote when François Mitterrand came to power, and one out of five had not yet been born. This supports Anne Muxel’s analyses by showing that the new cohorts mark the end of the culture of deference to authority, creating problems for the traditional right and benefiting candidates like Emmanuel Macron. Another element to consider is the transformation of the economic context. The increase in precarious work strengthens the position of Benoît Hamon, who recognizes this problem. 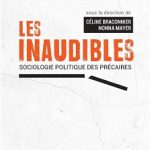 Céline Braconnier and Nonna Mayer (The inaudible) studied the political attitudes and behaviors of precarious workers in 2012. Drawing on surveys conducted before and after the presidential elections, they show that precariousness is primarily conducive to abstention, and, among voters, a preference for the left: François Hollande received 63% of the votes of precarious workers in the second round. While Marine Le Pen also benefited from their support, she did better among voters just above the precariousness threshold who fear downward mobility. 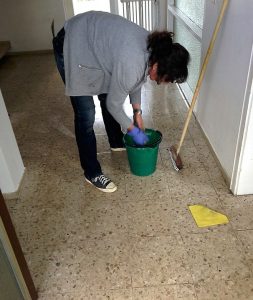 In their article “Reconfiguring or overcoming the “gender gap à la française”? The 2012 presidential election”, Réjane Sénac and Maxime Parodi note that the women’s vote, which is traditionally considered right-leaning, has clearly evolved. Drawn to leftwing and environmental parties’ greater commitment to gender equality, they have shown a greater shift to the left than men. This trend has been strengthened by their overrepresentation in the civil service.

However, as Nonna Mayer highlights in a collective book devoted to the Front National (The false pretenses of the Front National: sociology of a political party), the number of women voting for the FN has greatly increased, especially among retail employees. Analysis of an election survey conducted by the Centre for European Studies in 2012 offers three main explanations: FN discourse that is increasingly focused on social justice at the same time as women especially are experiencing poverty and precariousness; a purposeful rejection of globalization, Europe and immigration, which are all held responsible for the economic situation and insecurity; and finally, the “Marine” effect, which has elicited a “sympathy” that plays a proven role in the female FN vote.