Blog.actblue.com - We asked our donors, “Why are you a small-dollar donor?, Screenshot Blog.actblue.com – We asked our donors, “Why are you a small-dollar donor?, Screenshot

Financing political parties and candidates for their electoral campaigns is not a trivial phenomenon. Yet one of its essential dimensions – the “small” donations made by citizens – is never studied. Very little is known about them: who are the small donators? Are they just as inclined to donate to charitable organisations? The profiles of the candidates who lost their elections are not any more investigated. We deplore – and rightfully so – the lack of representation of certain social classes amongst our elected officials yet fail to give ourselves the means of understanding why they are excluded and, in particular, the role that networks may play. More generally, how can digital technology and ‘big data’ driven tools, give us insight into the motivations for undertaking an activity such as donating or for political choices? Julia Cagé, Professor at the Department of Economics, proposed a large-scale research project (PARTICIPATE(1)PARTICIPATE: Campaign Finance, Information and Influence; a comprehension approach using individual approach using individual-level data and computer sciences tools, “Starting grant”, ERC.) that sets out to answer these questions to the highly selective European Research Council. Challenge accepted! Here she describes the multiple dimensions of her new research project.

One of the originalities of your new project is that you will be studying the blind spots of the traditional literature, and notably the importance of small donations in the financing of electoral campaigns.  How do you explain these blind spots? 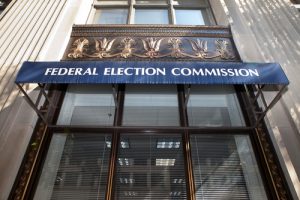 Julia Cagé :  This can be explained by the complexity of the data that has not been compiled up until now and by the emphasis on the “capture” of political life by the greatest donors. One of the objectives of PARTICIPATE focuses on small campaign contributions in the US. To date, the research has mainly been focused on large donors or aggregate campaign spending in the US because the Federal Election Commission (FEC) only requires campaigns to report information on individual contributors whose annual donations exceed $200.
But it makes no sense to work on campaign donations if you overlook small donors, i.e. the donors who contribute less than $200, as they represent more than 90% of all the donors to the Democrat candidates! Therefore, with my team, we have decided to build a unique dataset that includes both small and large donations.

Another originality of the project is the use of novel, individual-level data sets in order to determine what motivates small donors or what motivates candidates to run for an election… 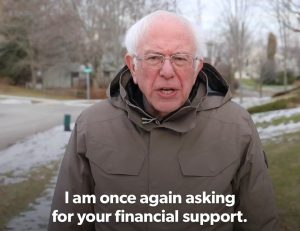 Julia Cagé : With respect to campaign donations, I will be using a database that relies on ActBlue, the online fundraising conduit used by small donors to Democrat candidates in the US. I will be working with Edgard Dewitte (Sciences Po), Laurent Bouton (Georgetown University) and Vincent Pons (Harvard University).
The exploitation of these datasets should give us insight as to why millions of citizens decide to make small campaign contributions. The literature tells us that people give to campaigns to gain access or influence the electoral results; but an individual donor can hardly hope to do so when she or he gives $10 to a campaign. So why does she or he do it?
And this is where the large datasets come into play because they allow us to isolate the impact of specific factors, all other things being equal. For example, the US data provides us with information on millions of donors and donations over 14 years and for many different elections: by controlling for the specificities of a given year / election / candidate, and even for the characteristics of a donor (e.g. age, gender, race, …), we can see to what extent the fact that a donor and a candidate share the same characteristics plays a role in the decision to contribute to a campaign. We can also estimate the impact of political advertising.

You have also decided to analyze charitable donations. How are these related to the financing of electoral campaigns?

Julia Cagé : With Malka Guillot (Eidgenössische Technische Hochschule Zürich),  we want to study what motivates people to donate to charitable organisations on the one hand, and what motivates people to make political donations in France on the other.  Based on existing administrative datasets, we would like to study to whether charitable giving and political contributions are substitutes or complements. A simple question to begin with: do the same people give to both charities and political parties or are the two sets of donors unrelated? Further, we don’t know to what extent tax policy affects political donations. Regarding charitable giving, previous studies have shown that tax deductions may play an important role; but what about political giving?  These tax deductions are a significant expense for the French government and it is therefore important to analyse just who stands to benefit from them and their actual impact on the incentive to give. 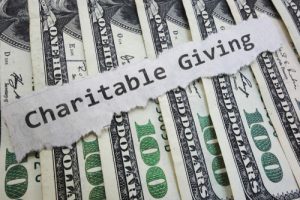 You will be using computer methodology, notably for the analysis of multidimensional networks (also known as graphs). What is the added value of these methods for understanding current forms of political participation?

Julia Cagé : Another question I would like to develop is what motivates citizens to go into politics and networks could play a decisive role in that. Together with Edgard DEWITTE, we will be committing important resources towards building a dataset of the characteristics of political candidates in the UK over the past 150 years based on the “Times Guides to the House of Commons”. This novel dataset will allow us to study and to consider the different characteristics of political candidates – including the characteristics of the candidates who went on to lose their elections which are overlooked by the academic literature, just as the “small” donors are. The goal here is to show that these characteristics are multidimensional, that “political selection networks” are linked in a multitude of ways, and even that certain networks are more effective than others in ensuring electoral victory. This is where the multidimensional graphs come in: rather than testing for the preponderance of any one given characteristic over the others in determining political participation, these visualisations allow the researcher to examine characteristics side by side and express the many different types of overlapping relationships between them.

It sounds very technical and you are not an expert in computer methods, so how are you going to go about this?

Julia Cagé : I really believe in interdisciplinary research and in the collaboration between different disciplinary fields; had I not worked with computer scientists, I couldn’t have produced half of the research I have done during the past five years! For example, I undertook all of my research on information propagation with Nicolas Hervé and Marie-Luce Viaud, two computer scientists. 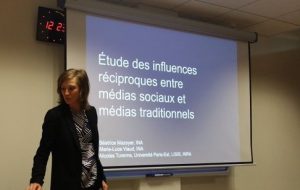 And with Nicolas and Béatrice Mazoyer (médialab, Sciences Po) we are currently studying the propagation of information between social networks and mainstream media. It was only natural then to me that I pursue these collaborations with computer scientists to build and analyse these graphs in order to enrich my research.

Julia Cagé : This is a very important question: how can the conclusions drawn from a specific political context be extended to other contexts? The reason that I decided to work on different countries, at different periods of time, was precisely to be able to draw general conclusions. If you just focus on the US for example, you will draw conclusions related to a two-party system while more than 90% of the world’s democracies are multiparty systems. If you only rely on information pertaining to today’s world, you might overestimate the role played by the Internet in political campaigns. But if you study different geographical zones (and, ideally, be able to include developing countries), in both the 20th and 21st centuries, and you are investigating the impact of changes in legislation, then you can have a better understanding of what is really at play and can hope to draw general conclusions regarding, for instance, the selection of political candidates. 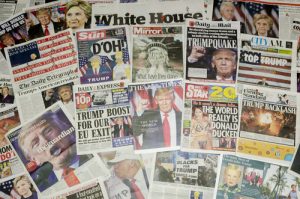 With this project, you tie in your earlier research on media economics with the study of campaign finance through the concept of “media power”. What is “media power” and how is it important to the study of political participation?

Julia Cagé : “Media power” is a concept I borrow from a fantastic paper published by Andrea Prat (Columbia University) The idea is to measure the extent of media competition not only by the market share, but also by the “attention” from which each media benefits. The goal here is to measure the power of media organisations, defined as their ability to induce voters to make electoral decisions they would not make if reporting were unbiased. This is of particular importance given that a number of media outlets may have political motives.

Do you feel the need to draw a line between your research and your political commitments?

Julia Cagé : I think it is of utmost importance to make research accessible to everybody. Most of the time, I first write academic papers, but afterwards, I might write a book for the general public that relies on the conclusions of my academic research. Let’s take the example of media power that I mentioned earlier: I really do think it is problematic that all the regulatory instruments of media competition today rely exclusively on market shares, which is an outdated and imperfect measure. As an economist, I feel that we should be enacting legislative change on this particular issue. How can we do so? By writing and publishing academic paper(s) so as to inform public debate. But if you really want to influence policy makers, you need to popularize your research and take a stance publicly. This is where my commitments – which I would qualify as “civic” rather than political – come into play.