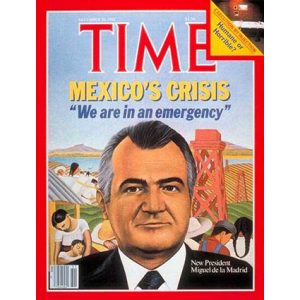 The memory of financial crises is a funny thing. The German hyperinflation of 1923 and the stock market crash of 1929 remain well-known references and the same will likely be the case for the 2008 crisis in the foreseeable future. But the 1980s debt crisis in developing countries appears to be a blind spot for both the general public and researchers.
Jérôme Sgard has built out the story with the help of newly opened archives and interviews with the main players.

Two elements clearly stand out: first, the multilateral management of this crisis by the International Monetary Fund (IMF) drew both on very stable procedural rules and on a lot of informalities, unspoken rules, and power relations; second, this crisis was one of the main “incubators” of the transition to globalized finance and to the liberal reforms of the 1990s.

Common knowledge about the 1980s debt crisis is based on a widely accepted but relatively flimsy narrative. Its origins are said to lie in the “petrodollar recycling” policy of the 1970s, whereby Western and Japanese banks massively lent to developing countries, particularly in Latin America. In 1982, drowning in debt, Mexico asked the IMF and the United States for help, and around thirty other countries very quickly followed suit. 109 debt restructurings ensued until a solution was crafted in 1989 in the form of the Brady Plan, which reduced outstanding debts by 25 to 40%. Moreover, from one day to the next, these credits initially granted by banks were exchanged for Brady bonds that were then bought and sold. This engineering operation enabled a transition to market financing, which liberalized capital movements and expanded structural reforms undertaken since the middle of the decade – the Washington Consensus.

A story that needs to be written 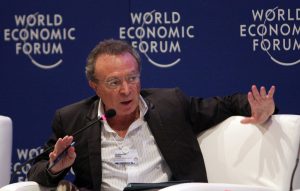 Interestingly, this largely accepted narrative has barely been expanded upon since the 1990s. Not yet in history, but no longer in the news, this episode remains a blind spot, to the point that economists and lawyers who worked on the crises in Argentina (2001-2015) and Greece (2009-2015) were generally unaware of how similar problems were addressed in the 1980s.

However, the archives of this crisis are plentiful and its major actors are eager to talk. I therefore met, sometimes for several hours, with Jacques de Larosière (IMF), Paul Volcker (Federal Reserve), Bill Rhodes (main coordinator of international banks), Guillermo Ortiz (Central Bank of Mexico), Angel Guria (Mexican Ministry of Finance), Charles Dallara (US Federal Treasury), and Lee Buccheit (lawyer). Many more interviews followed in indebted and creditor countries in both the private and public sectors.

If there is a sovereign debt rule, it is that restructuring takes place in the leading financial centres where the debt was issued. From the 19th century through the 1920s, and then again since the 2000s, everything therefore unfolded in London and New York. The 1980s are a major exception here, given that these operations took place in a largely extraterritorial and multilateral process: the IMF coordinated the parties, provided financial support, sanctioned “burden sharing” between the banks and indebted countries, and twisted arms.

Neoliberal Tina There Is No Alternative to the washington consensus

Finally, the IMF ensured that the economic austerity policies to which countries committed would not be abandoned once they secured financial concessions. This is the rough practice of conditionality, i.e. the transaction between financial assistance and economic policy commitments, which the IMF developed in the 1950s and which remains its main policy tool to this day.

That being said, sovereign debt was not on the agenda of the Bretton Woods conference, where the IMF’s Articles of Agreement were adopted. It was not until the 1970s that the Ministries of Finance and the Treasury administrations of G7 countries de facto entrusted it with this issue, despite the opposition of developing countries, which would have preferred creating an ad hoc body within the UN, where they have a much greater say.

Once the IMF was in charge of the debt, however, an economically efficient and generally legitimate restructuring procedure needed to be created. In particular, parties had to agree on the decision rule sanctioning “burden sharing” between the country’s economic policy commitments, IMF support, and creditor banks’ concessions. Very pragmatically, it was decided that each party would successively report its adherence to the deal. In practice, however, this principle of unanimity meant that the IMF’s decision to grant credit was subject to the goodwill of small groups of commercial banks that renegotiated the debts, but were not a legal entity and had no formalized delegation of authority – the Steering Committees.
This differed from the typical situation wherein an international organization exploits the gaps created by imperfect Member State control. The departure from the classic principles of multilateral delegation was much more radical here, creating an exceptional level of unspoken and informal practices. In fact, the triple veto rule was never announced, clarified, or justified. The IMF archives include forceful but remote and barely readable references. Oral history is key to understanding how things went.

A complicated and unbalanced game between big and small banks

It is worth taking a closer look at the case of commercial banks. In practice, the hundreds of banks that granted credit to each restructuring country were never gathered or consulted – that would have been virtually impossible.

Throughout the crisis, negotiations were therefore conducted by a small group of major international banking institutions, usually led by the most powerful of them – Citicorp. This raised significant issues for the hundreds of small local and regional banks that had to participate in each restructuring and contribute, most often, to a new money loan to support the country during its adjustment phase. All these years, the small banks had one-track minds: to record their losses and get out of the game. If they were allowed to do so, the entire burden of the crisis would be solely carried by the large internationalised banks, which therefore kept repeating that absent this solidarity, nothing would be possible.

While the primary conflict of interest was between the indebted country and the creditor banks, since 1982 each of the 109 restructurings was foremost marked by a brutal power struggle to keep all the banks on board. Once again, this was left unsaid and unwritten. Even today, most of the major players speak euphemistically and between the lines, but there is no question that when the small banks resisted, they quickly faced threats of retaliation. For example, they would be threatened with barriers to accessing money markets and capital markets, which operate through the major national banking networks. If this did not suffice, central banks, beginning with the U.S. Federal Reserve, would remind them that the authority could be a nuisance in the event of a merger or share issue in the future. As Paul Volcker kindly put it, “there were always banks that were resisting and we didn’t like twisting their arms; but they had to accept that it was in their own interest”. The Bundesbank, the Dutch National Bank, and the Bank of England were horrified by what they were being asked to do. In France, where most banks were nationalized, it was easier: they just had to obey.

A crisis managed in the old way

Ultimately, be it with regard to the IMF or the banks, the image that emerges from the interviews and archives is that of a crisis managed with methods typical of the post-war decades, where powerful and discretionary public authorities discarded rules that no longer suited them and reined in the private players who did not fall in line. A strong sense of dirigisme is apparent in this story. Therein lies the paradox: old methods paved the way for the transition, after 1990, to a globalised and liberalised world where they would no longer carry any validity or legitimacy.

Creative Commons Attribution-NonCommercial-ShareAlike
The 1980s Debt Crisis: the Players and the Archives