Race and Racism in the Concert of Nations 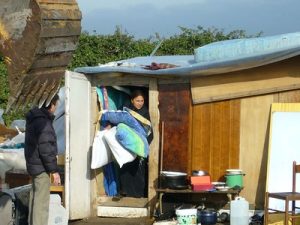 Generally speaking, the presence of foreigners in precarious situations appears to be a recurring problem for local governments. More than the difficulties encountered by migrants, it is the “vision of foreign poverty” that raises concerns(1)Bernardot M., 2008, Loger les immigrés. La Sonacotra, 1956-2006, Ed. du Croquant.. Public officials therefore often pursue interventions that oscillate between conditional integration and “expulsion”. While these policies are fairly well documented, their medium and long-term effects remain obscure.
Yet these policies, combining acts of rejection (evacuation of shantytowns, expulsion of people) with local housing and inclusion policy instruments, have serious consequences on the lives of the people concerned. Drawing on this observation, we undertook a research project* aiming to study these effects by examining the case of Roma migrants in French, Italian and Spanish cities.

We focused on observing the main aspects of daily life – mobility, access to housing and economic resources, and social interactions (conviviality; friendships, strong and weak ties). To this end, we reconstituted 75 life trajectories and wrote 12 case studies. We combined a life course approach based on individuals with a comparative one in order to identify similarities and differences in the phenomena observed and, on this basis, to tease out the effects of context and personal trajectories on the integration process.

As a first step, we formulated three hypotheses informed by our previous research.

An Analysis of Daily Life 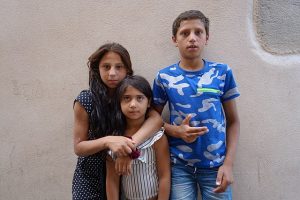 Moving, finding housing, earning money, seeing family and friends, and meeting new people are all deeply intertwined social activities. International mobility, for example, can be largely shaped by housing and settlement options, which in turn depend on family networks. An individual’s decision to move to another country or city may be attributable to a desire to be closer to relatives or friends and to pursue new economic opportunities. Over time, individuals design and implement strategies to access housing, earn a living, and maintain or build social relationships, combining their aspirations, skills, family burden and responsibility, as well as the structured opportunities coming from cities and neighbourhoods where they settle.

Without willing to have a representative sample, impossible in a qualitative research, we vary the profiles (age, gender, economic situation, housing) and the contexts by conducting research in three countries: France, Italy and Spain. In these countries the “Roma shantytowns”, as well as begging or solid waste collection, are considered as local public problems. But while institutional actors have implemented specific public policies in Italy and France, this has not been the case in Spain thus far. These countries also have different national and local welfare systems. Comparing them is therefore relevant to assessing the extent to which, and how, the welfare state can interfere with migrants’ practices and strategies in accessing care or integrating the job market.

Furthermore, we decided to conduct our research across metropolitan areas (Paris, Lille, Marseille, Bordeaux, Rome, Milan, Turin, Barcelona), cities with less than 20,000 residents (Romano di Lombardia), and mid-sized cities (Lecce, Seville, Valencia, Cordoba, Grenada, Malaga, Le Havre, and Poitiers).
Besides urban structural differences, the local economic fabric varies from one city to the next, shaping the structural contexts of integration opportunities and therefore migrant behavior, sense of belonging, advocacy and meaning attributed to ties and attachments. Well known, these territories differ in the policies they implement. Even though policies to evict shantytowns and squats are currently most prevalent, cities pursue a diverse range of policy measures and instruments, whereas these are rare in smaller towns. On the flipside, the latter sometimes provide greater access to social rights than cities. All of these elements can influence migrants’ residential choices(3)Cousin G., Legros O., « Gouverner par l’évacuation? L’exemple des campements illicites en Seine–Saint-Denis », Annales de Géographie, 2014., since comparisons of territories and their urban morphology and economic dynamics are key to migratory processes(4)Waldinger R., Fitzgerald D., « Transnationalism in question » , American Journal of Sociology, 2004...
Often forced to live at the margins of cities and subject to frequent moves due to the evictions of squats and shantytowns, Roma migrants in precarious situations are difficult to reach. In order to overcome this obstacle, we included on our team researchers with a long ethnographic experience in studying Roma migrants, having relationships of trust with the inquired. Thus, 27 researchers were invited to collect and reconstitute Roma migrants’ life trajectories.

Institutional violence as a backdrop to daily life practices

With regard to public action in the urban peripheries, our research confirms that the policy programs generally labeled for fighting against poverty tend to occur against a backdrop of institutional violence; police harassment, expulsions, and precarious housing evictions (5)Daniele U., Pasta S., Persico G., « From Public Enemy to Urban Ghost : Roma Migrants and the Dismantling of the Nomad Camp Systems in Milan and Rome », Intersections. East European Journal of Society and Politics, 2019. . This violence also unfolds in everyday discriminatory administrative practices, not to mention the multiple and varied forms of stigmatization denounced by advocacy groups. While this violence is not a hallmark of these places of advanced marginality, it is particularly intense, with major impacts on those at its receiving end – in this case, Roma migrants.
The migrants are under pressure to demonstrate their skills and mobilize their social capital to contend with the public action: either to take advantage of it when possible (free movement within the European Union, welfare transferts and services), or to resist it by finding workarounds when public policy threatens their migratory goals(6)Clavé-Mercier A., Olivera M., « Inclusion and the ‘Arts of Resistance’. How Do Roma Migrants Develop Autonomy in the Context of Inclusion Policies? », Intersections. East European Journal of Society and Politics, 2018..

As one might expect, migrants are unequally endowed with rights, skills and resources. Hence a filtering process that is based not on the application of predefined criteria as in a migration policy, but rather on a process – never made explicit by local institutional actors – of testing individual and family capacities to resist and adapt to administrative contexts.
The majority of the people studied in our research were found to have enough skills and resources to remain in the city or town where they settled, to establish ties and friendships, and to take advantage of local opportunities provided by institutions and civil society(7)Vitale T., « Conflicts on Roma Settlements in Italian Cities: Normative Polarisation and Pragmatic Mediation » , in Palaver, 2019.. A fraction of them also managed to save, sometimes enough to finance a residential “project” in their hometowns.

To this end, they seize the “domestic reason”, defined as the knowledge and means that family members mobilize to counter the reasons of state when deemed necessary.
Detailed analysis of the trajectories also shows that this domestic reason(8)Legros O., Lièvre M., 2018, “Domestic versus State Reason? How Roma Migrants in France deal with their Securitization”, in Huub Van Baar, Ana Ivasiuc and Regina Kreide, The Politics of Security : Understanding and Challenging the Securitization of Europe’s Roma, Palgrave Macmillan. is not fixed: it evolves alongside the migration experience, integrating new elements: encounters increase migrants’ social capital; the “discovery” of legal resources that can be deployed to counter an expulsion threat(9)Foucault M., 2004, Sécurité, territoire, population. Cours au Collège de France, 1977-1978, EHESS, Gallimard, Seuil.. The search for “favors” through the activation of personal relationships remains a highly valuable mode of action among those surveyed, who often fall within the framework of “special regimes” set by institutional actors.
At the same time, the presence of activists, social workers and associations(10)Bourgois L., Lièvre M., 2019, « Les bénévoles, artisans institutionnalisés des politiques locales à destination des migrants précaires? », Lien social et politiques, n°83. , as well as the securing of rights (by obtaining a work contract or integration contract for example) encourage migrants to participate in local political mobilisations(11)Maestri G., Vitale T., 2018, “A sociology of the camps’ persisting architecture. Why did Rome not put an end to expensive ethnic housing policies? » , in Manuela Mendes, Teresa Sá & João Cabral (eds), Architecture and the Social Sciences. Inter- and Multidisciplinary Approaches between Society and Space, Springer, pp. 197-218. . 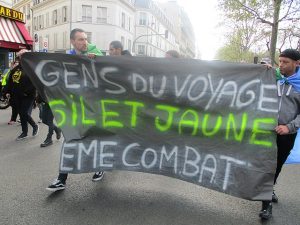 We confirmed that public policy as well as violence and institutional discriminations, have relevant consequences on Roma migrants. They force continuous adaptation, even if they do not necessarily challenge existing forms of social interaction. In this respect, Roma migrants are no different from most other migrants:
1) the extended family remains the primary sphere of social interaction. It even seems to strengthen in the context of migration, which pushes people to regroup because of advanced marginality of their living conditions. Many Roma migrants develop strong forms of familiar poli-activity and deep “combinatory skills”;
2) based on mix of strong and weak ties, the group of peers cross ethnic boundaries and closed niches to constitute a reference in relation to which and within which strategies of upward mobility, integration, and social differentiation are conceived and pursued;
3) individuals are not limited to family and the strict ethnic group, since they navigate between two realms – that of the family and that of the context where they live and work(12)Clavé-Mercier A., Cossée C., Lièvre M., « Des catégories d’action publique aux dispositifs : regards sur les politiques de scolarisation des “enfants issus de familles itinérantes et de voyageurs », Études Tsiganes, 2019.;
4) for many of them precarity remains the same, with very poor housing conditions and limited access to formal labour market. Local welfare, presence of active advocacy groups for rights of the poor,  and everyday policy making by cities and regions make the difference(13)Cousin G., Bianchi F., Vitale T., « From Roma Autochthonous Homophily to Socialization and Community Building in the Parisian Metropolitan Region Shantytowns », in Journal of Ethnic and Migration Studies, 2020..

This quick overview sheds light on what, for Roma migrants and for many other groups of indigent foreigners, constitute enabling conditions and social and economic integration processes: economic opportunities of course, but also the domestic sphere (the family’s skills, ties, and ressources) which, in order to develop, must involve prospects for stabilization and embeddedness and, consequently, less evictions and institutional violence against poor foreigners.