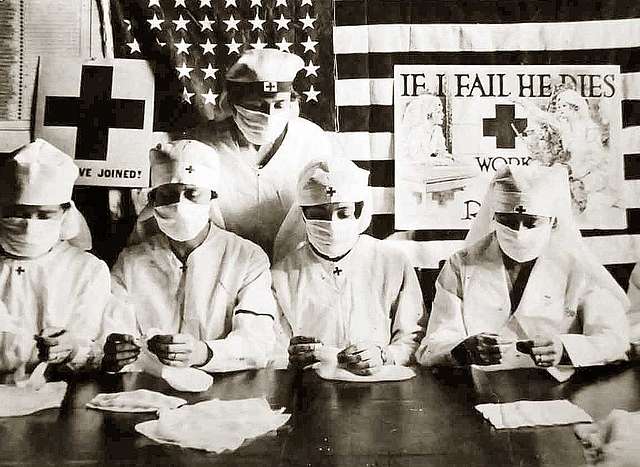 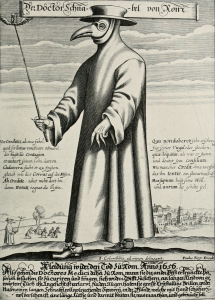 In several of your articles, including “COVID-19: When History has no Lessons(1)Guillaume Lachenal, Gaëtan Thomas – Covid-19: When History has no Lessons. 30 March 2020, History Worshop and “The Motionless History of the Coronavirus”(2) Collective work – “L’histoire immobile du coronavirus.” In Comment faire?, 62–70. Seuil, 2020, you take a critical view of the frenzied embrace of “historical precedents” to understand the epidemic.

Guillaume Lachenal: It is important to remember the first weeks of the epidemic, during the first wave, because the situation has changed a bit since: a great “need for history” was expressed then, and historians often responded by suggesting that the past contained “lessons” that could be useful in getting through and overcoming the challenges of the pandemic and quarantines. From the plague to Ebola and the Spanish flu, experts of past epidemics (including us) made media appearances to explain how the present was ultimately unsurprising and shared many similarities with the past.

Why is this a problem?

Gaëtan Thomas: Searching for precedents is legitimate. It allows us to revisit history while giving meaning to the present. But it is important to distinguish the quest for historical depth from the temptation we deemed problematic of drawing constants from it to guide both analysis and action. Camus’ The Plague was often cited in the first months of the epidemic. 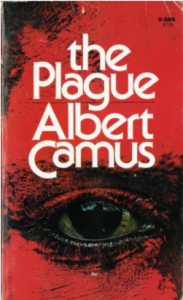 Commentators used the novel to affirm the existence of constants in people’s reaction – denial, fear, escape, the search for scapegoats, etc. – in order to bring out a standard narrative applicable to any epidemic. Ironically, the narrator of The Plague himself advised readers to be wary of people who “established comparisons with the great plagues of history, bringing out the similarities (which these prophecies called “constants”) and, by means of no less peculiar calculations, claimed to extract information relative to the present outbreak.(The Plague, trans. Robin Buss, London, Penguin, 2020, p. 258)
The stability of these so-called constants is undoubtedly reassuring, but most of them are just clichés. As such, they are not completely false, although they do lack specificity and rarely are anything more than mere anecdotes. They dilute the present with a fantasized past. They often obscure the understanding of events. What is more important, in terms of the analysis and narrative that can be made of the covid-19 epidemic: the flight of Upper East Side residents to their second homes – a phenomenon that would qualify as a constant in great plague narratives – or the sharp drop in international mobility since March 2020?

Guillaume Lachenal: Lessons from the past can prevent us from grasping what is new in the present. This is a classic teaching of the historical discipline that Marc Bloch has bequeathed to us. Clinicians and epidemiologists clearly recognized this after the first wave: the safety protocols and contact tracing inherited from the SARS experience in 2003, and from the threat of imported Ebola cases in 2014-2015, were not useful because they focused on clinical symptoms that were immediately very serious and did not consider the possibility of a large asymptomatic spread of the epidemic. It took time to address this new aspect of SARS-Cov2. It is also worth noting that the preparedness plans adopted with great fanfare after the 2005 avian flu epidemic, and then updated in 2009 at the time of the H1N1 flu, did not prevent a cavalier attitude, if not worse, in managing the pandemic threat – as investigative commissions fully exposed in France. We knew our lessons inside-out, especially that of the 1918-19 Spanish flu, which had been recast in 2005 as the worst-case scenario we could expect. And yet we completely failed the test!

How to understand such a need for history? Isn’t the search for constants actually a constant?

Gaëtan Thomas: Indeed! For example, the initially dominant narrative of the AIDS epidemic that historians and journalists produced revolved around constants about the “gay plague”. This narrative was characterized by the opposition between perpetrators and victims and the search for “patient zero”. From the end of the 1980s onwards, several intellectuals involved in the fight against AIDS and cultural studies condemned the use of these stereotypes. They criticized the inaccuracy of these narratives and, above all, their deleterious political effects. Under the pretext of giving a face to the epidemic, these stories produced demeaning and moralizing images of people living with AIDS. This critical tradition greatly inspired us. It reminds us that the use of clichés is never harmless.

Guillaume Lachenal : Another way to grasp how our understanding of epidemics is structured is to look at the history of epidemiology, its concepts, and ways of thinking and of representation. 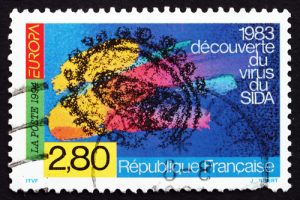 Stamp honoring the discovery of the AIDS virus by scientists from the Institut Pasteur, 1994

The idea of the wave, which involves a beginning, a middle, and an end to the epidemic, seems obvious; yet it is deeply rooted in a modernist moment in epidemiology, associated with the idea that biomedical techniques and political will can control and eradicate pathogens. This vision, which culminated in the eradication of smallpox (declared by the WHO in 1980), seems dated today. How do “waves” apply, for example, to the difficulties of ending the polio or HIV-AIDS epidemics, for which biomedical solutions exist? In reality, while epidemiology is an important discipline for understanding epidemics, it obviously does not exhaust our understanding of the phenomenon. Nor is it fixed. Rather, it includes currents and disciplinary transformations. How can we free our accounts and our understanding of the epidemic from simply following a curve? What eludes this epidemiological reasoning? Epidemiology currently struggles to explain the role of the environment in the broadest sense, i.e. the social, ecological, and structural conditions that explain the differential effects of the virus in our societies. It is clear, moreover, that over-emphasizing the political response to the covid-19 epidemic, and comparing the measures imposed by various governments, run up against the contingent dimension of the epidemic.

What do you mean? How can we convey this contingency?

Guillaume Lachenal : This epidemic is highly resistant to political interpretation. As cases fluctuate and vaccination campaigns are implemented, “model” countries quickly become counter-examples, and vice versa. Take Sweden, Germany, Israel, and Italy, which experienced both statuses at various points of the epidemic. And we haven’t heard the last from France yet. “Success” during the first wave was also a matter of luck.

And it is difficult to attribute the success of countries such as New Zealand, New Caledonia, Australia, Hong Kong, and Vietnam to strictly political factors linked to leadership, technical skills, and deployed measures. Geography, demography, climate, environment, sociability, and population mobilization are also factors. This contingency in epidemic trajectories does not mark an end to historical inquiry – quite the contrary. But the historical perspective needs to broaden to ecology, infrastructure, and logistical and material constraints.

Gaëtan Thomas : We also need to widen the scope of possible narratives and be attentive to the way in which individuals affected by the epidemic reinvent their lives, precisely by toying with the clichés imposed by pre-existing narratives. The AIDS epidemic has shown how rich this creative work can be. AIDS activism combined a strategic sense of urgency and pathos with an ironic and joyful relationship to identities, emotions, and history. The history of epidemics should also consider this experiential complexity, which not only includes a desire to escape reality and fear, but also simply to continue living.