Public Deontology: From Principles to Practices 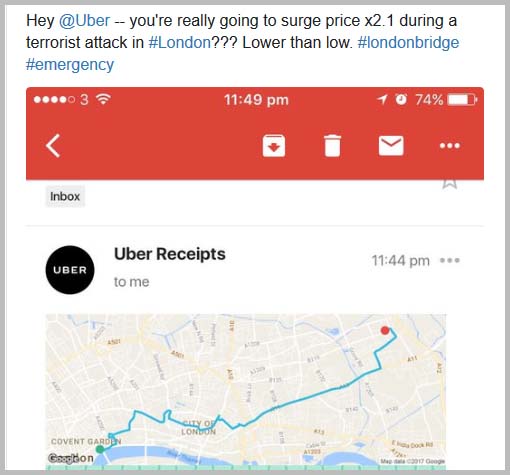 Big data, blockchain, artificial intelligence, smart city, platforms, algorithms, digital labour: technological innovation seems fast and unfathomable. It is important therefore to ask the question of what digital technology is really doing to our societies and in particular to our cities. In the book  Gouverner la ville numérique (PUF,  2019) edited by Antoine Courmont and Patrick le Galès, researchers at the Centre for European Studies and Comparative Politics, big data is viewed in the broader context of issues such as the transformation of cities and the coordination of urban governance, using empirical studies on algorithms, platforms and experimentation.

Seen by some as a vector of major progress, digital technology has made it possible to solve a whole string of issues, making the world more efficient, offering new services, and boosting economic growth. For others, it is a risk for society. Digital technology has increased individual precarity, widespread surveillance, privatisation of services, and technologization of governments. Although opposed, these positions are based on the same postulate, a form of determinism according to which technology is thought to produce similar effects no matter the social and territorial environment in which it develops. And yet, while digital technology is clearly a major factor in the transformation of societies, processes like the ‘digital revolution’, ‘uberisation’, or ‘disruption’ are often exaggerated. Thus, to understand what digital technology is changing – or not – in our societies, and more particularly in the governance of cities, its social, economic and political dimensions must be considered.

Urban Governance: the Turning Point in 2008 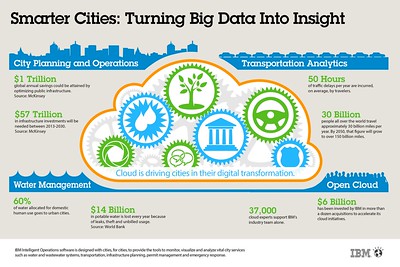 The late 2000s marked a shift in the history of urban transformation. 2008 was the first year when over half the world’s population was living in cities. That same year, digital technology burst onto the scene in issues of urban governance. Following Cisco, IBM launched its Smarter Cities initiative aimed at making urban management more efficient through technology and data. Airbnb was created, turning rental market economics upside down, then in 2009, with the foundation of Uber, the two platforms became the symbol of what some called the sharing economy, which raised a number of questions for cities and how to govern them. Finally, the late 2000s saw the mass dissemination of smartphones. In 2007, Apple launched the iPhone. This new technical product signalled a break with the past by connecting people constantly to the Internet and enabling them to access services and information while on the go. Smartphones became the basic object and item of technology for the urban citizen-consumer.

While cities have always been producers and users of data, the emergence of big data has marked a departure in how they are governed. This system of quantification has three distinctive features that are taking part in the recomposition of urban government: the data has become an economic resource, it assumes the form of traces recording individual practices, and it circulates between and within organizations. As such, it is participating in the transformation of urban capitalism, amplifying the governance of behaviour and transforming relations between the actors of urban governance. However, the datafication of cities is not without risks or limits. Technological deployment is colliding with the intrinsic contradiction between digital formalism and the informality that characterizes urbanity. It is therefore crucial to take into consideration the customs of cities, urban practices and their evolution in order to understand the digital transformation – or not – of cities.

The cases presented in this book highlight how the digital city is far from being summarized by a single model, but rather varies between and within cities. They also demonstrate the inclusion of key political issues in technical architectures and the role of private actors in implementing these technical solutions. Finally, they point to the fact that information and communications technologies are put into effect in cities already organized and structured by institutions. Yet the latter all represent factors of inertia, legacies and rules that transform or limit the implementation of these technical mechanisms.

The analysis of various indictments of algorithms offers Dominique Cardon and Maxime Crépel an opportunity to open up the ‘black box’ of algorithmic governance and to detect the principles of government included in technical architectures. They show how the procedural rationality incorporated in these tools is at variance with the substantial nature of urban events and public policies. Conflicts between public and private lines of reasoning may then arise in the use of big data.
Therefore, some neighbourhoods have found themselves flooded with cars because the Waze application considers all public road networks in the same way without taking into consideration the residential character of these neighbourhoods. The rates applied by Uber during the attacks in London in June 2017 are an enlightening example. While the famous black cabs gave passengers free rides to take them to safety, Uber rates, based on regular congestion algorithms, continued to soar. The question then arises of introducing aspects of public order (in the broad sense) in the definition of algorithms, by elaborating different scenarios for example.

LAPD Deputy Chief Sean Malinowski Since 2010, he has been one of the architects behind the way the LAPD uses data to target crime. ©Anne Cusack / Los Angeles Times

Pointing to the case of Predpol, an American start-up that sells predictive policing solutions based on historical crime data, Bilel Benbouzid champions the idea that these technologies are designed less to predict crime than to manage police activity. They are a tool for rationalizing police rounds, enabling the administration to follow and measure in real time the activity of policemen and thus to obtain management indicators for evaluating them. Furthermore, the lack of discussion about algorithmic choices poses the risk of spatial discrimination, with statistical overrepresentation in certain neighbourhoods and communities.

Brice Laurent, David Pontille and Félix Talvard examine the notion of experimentation that has led to implementing numerous digital services in cities. By comparing 3D modelling projects in Singapore and mobility services in San Francisco, they have analysed how technical systems and the terms of the relationship between public and private actors are co-defined, as well as the political identities of city dwellers and the nature of the city itself. These experiments are occurring outside the traditional processes of public policies; this more fluid framework makes it possible to test the effectiveness of technologies, to reduce uncertainties about the urban digital market and to bring together tech companies and local communities that struggle to understand one another at times. The transformative nature of these experiments is limited, however, by its lack of inclusion in sectoral policies. 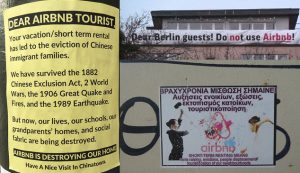 Finally, Thomas Aguilera, Francesca Artioli and Claire Colomb show how the Airbnb ‘problem’ has been put on the agenda of European cities and describe the diversity of regulatory methods. More than the scale of the phenomenon, it is how the problem is framed and the nature of regulations that vary according to the configuration of the actors involved. They conclude by asserting that although the supervision of Airbnb’s activities has been reinforced, regulation of the platform’s activity remains difficult to implement. Access to the data held by Airbnb is crucial in order to know the phenomenon’s specifics, to identify renters who are not adhering to the regulations and to press charges.

Digital technologies are thus part of governance mechanisms while recomposing them: new actors and new services that are more or less sustainable, old configurations that are transformed or vanishing, the economic and political balance of power being redefined … For while smart cities may reinforce the monitoring powers of public institutions and corporations, they also offer grassroots movements the means to organise differently, as attested by the demonstrators in Hong Kong. Will public authorities manage to govern these opposing forces?