A research professor in the fields of urbanism and urban policies affiliated with Sciences Po’s Centre for European Studies, Marco Cremaschi has taught at several universities in France and abroad. He analyzes urban change and urbanity, and its attendant pervasive myths of mixing and diversity. Drawing on the examples of Rome, Buenos Aires and Calcutta, he highlights the divergence between the two main directions that current urban development has taken: fragmentation and integration.

M odernity – and particularly the division of labor and public transportation – has reshaped cities, leading to a massive dilution of relations of proximity and a weakening of local ties. However, pockets of proximity are resisting, reinforcing local solidarity in an almost citizen-centered way in working class neighborhoods.

These can be found in Rome’s borgate, the villas miseria of Buenos Aires and the bustees slums in the middle of Calcutta, where residences and workplaces (frequently informal) remain in close proximity, given that their rationalization and separation remain incomplete. These cities face a dilemma. They could pursue a more proactive development and more radical rationalization, which risks not being implemented; or they could embrace an “urbanism” that integrates the various dimensions of daily life. Of course, urbanism actually encompasses housing, mobility and urban security policies. The latter’s weakness continue to generate conflicts that have marked the social and political history of these three cities. 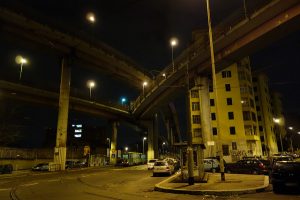 Two ways of understanding urbanism succeeded each other: one radical, modernizing and sometimes violent way based on authoritarian zoning practices allowing governments to drive out the poor and group the rich; and a progressive, social and participative way promoting an effort to rebuild social ties. Both models have left intertwined and contradictory traces in working class neighborhoods and in more recent actions. Three types of traces are apparent:

Finally, new neighborhoods scattered in the surrounding area have been developed. While they extol the suburban dream, these new neighborhoods advance the security myth of protected residences and contribute to the flight of middle social classes from the center.

In reality, all cities are increasingly exposed to growing disparities and insecurity, but the metropolitan transition of the 21st century has increased the risks of spatial, social and inequality-related divides. New challenges – sprawl, segregation and climate change – have emerged, burdening the fragile population. The challenges shared by the three cities also affect their booming middle classes. Growing discontent has weakened former political allegiances: in the past few years, the three local governments have radically changed. Populist rightwing parties have replaced the left in the suburbs and have primarily reshaped politics by making urban issues the focus of their concerns.

Thus, governing the metropolitan transition involves rethinking the two traditions of urbanism and successfully combining them: mixed, clogged and conflict-ridden cities simultaneously need modernization and inclusion. The priority for local governments is to pursue development projects combining informal sectors and new technologies in a polycentric model. Globalization, to the contrary, leads to the infinite reproduction of office towers in favored neighborhoods. The tension between these two models is not resolving, but rather growing, as are the divides.

Previous article: The challenges of metropolises: what is governed and what is not <-> Next article: The slums of Mumbai, regulated anarchy