What democracy is doing with digital technology 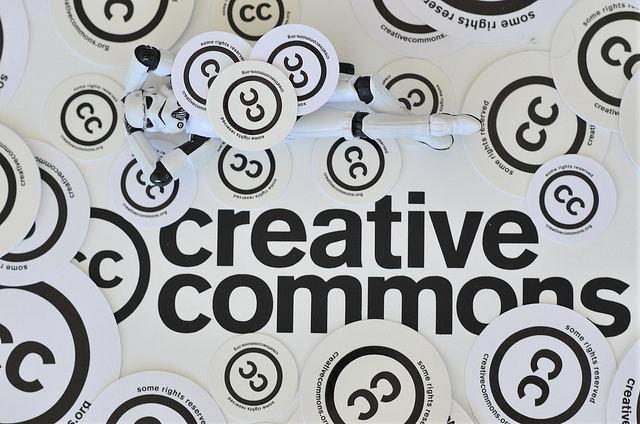 Revolutions often start with stories, anger, and frustrations that are a priori insignificant and anecdotal. This is the case of the so-called free culture that is probably one of the most important democratic developments in digital technology. Yet this movement originated from a printing problem! At the beginning of the 1980s, Richard Stallman, an MIT computer scientist, was infuriated with his jammed printer. But the program managing the machine did not allow him to open its hood, repair it, or improve the motor. Like all the programs for standard products sold by the IT industry, it was written in an inaccessible binary code. To counter this technical and economic development, Stallman invented the license-free concept. It was the General Public License (GPL), which aimed to free software by making the source code accessible to anyone. It tore down walls and established the freedom to share, change, and distribute copyright-protected work. IT program creators now had a choice: to either claim a copyright to prevent any copy or manipulation, or make the software license-free and open source. Communities of programmers built on this principle of freedom and sharing to develop software and operating systems like Linux in a bid to gain large market shares.

From Open Source to Creative Commons 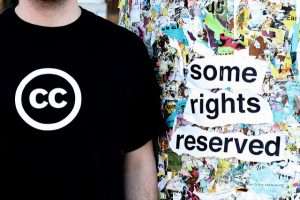 In addition to this novel freedom to manipulate contents enabled by a digital format, the networks that the Internet inaugurated a few years later offered new dissemination capacity, which was in turn complemented by new opportunities for multiple and long-distance collaborations. Broadband growth enabled the transmission of any content, text, image, music, software, and film across the world in a few seconds.
However, copyright continued to be the default model for communicating and changing work: without preauthorization from the copyright owner, no reproduction, dissemination, or adaptation was allowed. The rift between a legal framework based on prohibition, and technical possibilities conducive to all freedoms, became glaring.
Stanford professor Lawrence Lessig drew on the ingenuity of free software to develop Creative Commons licenses applicable to all types of creation. In order to communicate the freedoms of use and change granted by Creative Commons licenses, he developed descriptive, simple, and intelligible logos to digitally and inseparably attach to works. The now-famous icon with two Cs in a circle signals an authorization to copy and disseminate the work (sometimes under the condition of noncommercial use or no change). This digital code also allows search engines to identify freely reusable creations. There is no longer any need to identify and contact the author – the logo certifies authorization. The default copyright message of All Rights Reserved becomes, under the Creative Commons license, the message of Some Rights Reserved, authorizing many uses as a matter of principle.
Even more ingeniously, the freedom of free licenses is contagious: a “copyleft” clause (facetious play on the words copyright and copyleft – between a right and its abandonment, and between right and left) stipulating that any change or adaptation of a free work must be disseminated under the same conditions of freedom. In sum, prohibition is prohibited… and the freedom spreads throughout the work’s evolutions… 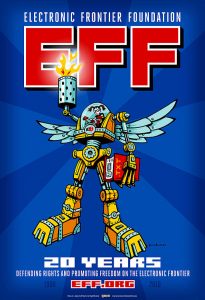 Digital networks have thus given rise to both the communities and the legal tools to translate the community and nonexclusive spirit, and its rejection of property that excludes anyone. While property was the Revolution’s first freedom, allowing the citizen to emancipate from the lord, and later, the state, it became an obstacle to the freedom to create.
In 1996 in Davos, John Perry Barlow, founder of the Electronic Frontier Foundation, proclaimed a Declaration of the Independence of Cyberspace, wherein law and property have no currency. He defended the Internet as a borderless creative space for the limitless and costless copy and distribution of human creations.
But this technophile enthusiasm, widespread at the beginning of the web, was quickly undercut by a reassertion of property, control, and commodification. Copyright strengthened in response to the digital challenge and gained the means to prohibit any copy or dissemination of a work, denying web surfers technical freedoms.
The Creative Commons licenses, and other free licenses, somewhat restored freedoms confiscated by legislators, and orchestrated a return to the commons, either in the state of creation before the copyright, or at least of creation free of excessive control from copyright owners, through the reestablishment a fully legal freedom of access and copy. 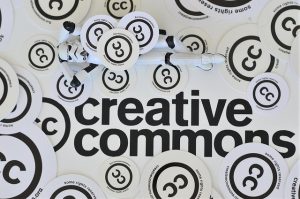 In effect, these freedoms do not oppose property rights. On the contrary! Free licenses draw on property but subvert it; authors make their property a freedom for others. By exercising the exclusive right granted to them by law, they choose to include all potential users of the work. Free works are therefore not free of rights. The rhetoric of control and of remuneration associated with copyright today is certainly being overturned, but not to the detriment of the creators themselves, who remain in control of the fate of their work. Freedom is granted by the creators themselves, or by the community, when they decide to make their collective creation free.
This has nothing to do with the alleged freedoms of access and dissemination of culture claimed by musical and audiovisual file exchange websites like Pirate Bay, or more recently Google and others, for their video exchange platforms. 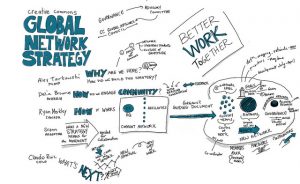 This gift is also an erasing, because the free license invites the user to play with the creation, as Barthes called for in Death of the author. The author matters little: the work is freed and destined to evolve and circulate in various reinterpretations. It is offered to the public for the taking, so that the public might jettison the consumer passivity to which the industry confines it. The permission culture (which Lessig calls Read Only Culture) is replaced by a living culture (Read Write Culture) merging creators and consumers.
This ethos of freedom intersects with the hacker’s ethic, translating a certain conception of computer programming, and more broadly, the use of networks. Open Source licenses, or Creative Commons, are the legal tools of a large social movement, of collaborative online creation, of peer communities, of the re-appropriation of creative tools, of dissemination outside of industry, and outside of proprietary and commercial regimes, and of an ideology of sharing and collectivity.
These include a jumble of free communities: Wikipedia, the dissemination of open-access academic productions, FabLabs, Open Data, as well as movements more formally opposed to copyright, exchange sites, and the political party Pirate. The logic of free licenses has also inspired several attempts to better share and provide access to certain patents, genetic sequences, seeds, medications, furniture models, and other objects.
This free culture is one of the most radical spawns of digital technology. Through its emancipation it has invented a means of production, circulation, and access to a culture that runs parallel to the economic and property system. It constitutes a pocket of resistance at the heart of the Internet.

This free culture is one of the most radical spawns of digital technology. Through its emancipation it has invented a means of production, circulation, and access to a culture that runs parallel to the economic and property system. It constitutes a pocket of resistance at the heart of the Internet.