Conspiracy Theories and Epidemics: What Ebola Can Teach Us

By Étienne Nouguez, Centre for the Sociology of Organisations

For the past fifteen years or so, there has been so much enthusiasm over the microbiome that it is regularly described in the press as the medical revolution of the 21st century. With the progress achieved in bioinformatics and genomics, researchers have succeeded in sequencing and mapping these microbial ecology that are present in and on our bodies (intestines, vagina, armpits, skin, etc.). Thanks to this progress, many research projects have been conducted to establish a link between the dysbiosis (an imbalance of the microbiota due to the over-representation of pathogenic bacteria) and various infectious, metabolic, immune and even neurodegenerative diseases. 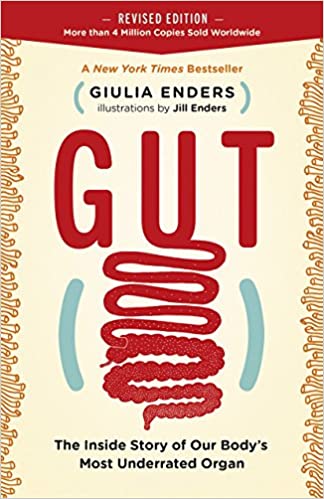 Such work has attracted growing interest from the media and the public, as illustrated by the global success of the book by Giulia Enders, Gut: The inside story of our body’s most underrated organs, in 2015. At the same time, we have also observed a proliferation of ‘probiotics’ enriched products, defined in 2001 by the World Health Organisation (WHO) and the United Nations Food and Agriculture Organisation (FAO) as ‘live microorganisms, which when administered in adequate amounts, confer a health benefit to the host’. The shelves of our supermarkets, parapharmacies and pharmacies as well as online stores propose dairy products, fruit juices, dietary supplements, shampoos, mattresses and household products that promote their probiotic content, promising to preserve or restore good health through the microbiome. For years, pharmacies have been proposing a limited range of drugs and medical devices containing probiotics to fight vaginal or intestinal infections or to restore the microflora after an antibiotic cure. Furthermore, the last decade has seen the strong development of faecal microbiota transplant, a technique that apparently has spectacular results in the treatment of certain antibiotic-resistant intestinal illnesses, and holds great promise for the treatment of other disorders, including autism.

However, in spite of these promises, the development of microbiota medicine implies much uncertainty in terms of the sanitary, regulatory, industrial and commercial status of such products. Is the established barrier between therapeutic drugs and other products called into question or strengthened by the development of this medicine? Are we seeing a reorganisation of the industrial, commercial and medical sectors based on these ‘new’ health products? How are the possible health benefits of such products defined, valued and promoted, and how can they be transcribed into market value?

Aside from the scientific discoveries and debates, microbiota medicine is being (de-) constructed in three areas: the regulatory area, which sets out the rules for defining, evaluating, promoting and distributing these products; the industrial area, which organises cooperation and competition between industrial stakeholders from different market segments (drugs, food, ingredients, etc.); the consumer area, where these various processes are played out once again in the interactions between consumers and healthcare professionals (doctors, pharmacists).

European Regulation 1924–2006 of 20 December 2006 governs the ‘nutritional and health claims’(1)A claim is a message, printed on the packaging of some foods or accompanying the product (advert, website), that indicates health and/or nutritional properties of the foods and dietary supplement or their constituents. on food and dietary supplements. It states that the European Food Safety Authority (EFSA) should assess the dossiers submitted by Member States. After the first assessment phase in 2009, the EFSA issued 510 favourable opinions for the 2,758 claims assessed. In 2012, the European Commission and Parliament promulgated 222 authorised food and health claims, and banned any other claim that was not on the list. The 39 dossiers concerning probiotics were all rejected by the EFSA due to ‘lack of proof’ in the characterisation of the strain or the effect on the health or any link between the two(2)A single claim related to probiotics was accepted: “Live cultures of yoghurts or fermented milks facilitate digestion of the lactose contained in these products in people who have difficulty digesting lactose”.. On the basis of these negative opinions, the European Commission even banned the use of the term ‘probiotic’ (which means ‘good for life’) in corporate communications aimed at consumers concerning these foods and dietary supplement products, because they deemed it as a health claim in itself.

The European Medicines Agency (EMA) was not more open to probiotic-based drugs or medical devices. A few probiotic drugs or medical devices had been marketed well before the introduction of any European marketing authorisation procedure. European Regulation 2017/745 on medical devices excluded biological mechanisms from the scope of action of these devices and set the deadline for January 1, 2021 for companies to change the regulatory status of their products. To date, no new microbiota medicinal product has been authorised as a therapeutic drug or medical device in Europe or the USA (although there is an authorisation concerning faecal microbiota transplant, within the context of specific protocols). The EMA has even turned down flat industrial firms requesting guidelines for the development and assessment of probiotic-based drugs, arguing that they did not have enough marketing authorisation requests to open investigations in this area. 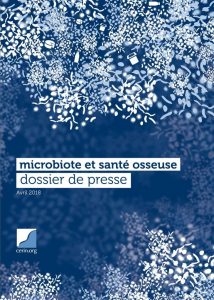 I analyse microbiota medicine regulation as a ‘boundary work’(3)Carof, S. et Nouguez, E. (2021), “Séparer l’aliment du médicament. La régulation européenne des allégations nutritionnelles et de santé portant sur les aliments”,  – Separating food from drugs. The European regulation on food and health claims concerning foods, in Socio-Anthropologie )., that sets boundaries between drugs and food; between treatment, prevention and promotion of good health; between the priority given to the health benefits or risks; and between evidence-based medicine and promises-based marketing. I also show that food and drug regulation agencies face common challenges in the evaluation of these ‘new’ substances, because of the many uncertainties surrounding their characterisation, modes of action and health risk/benefit ratio. 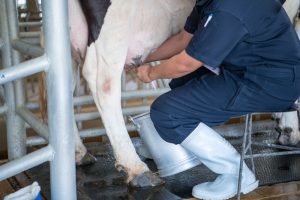 The first institutional work concerns the scientific and regulatory categorisation of this microbiota medicine. The Pharmabiotics Research Institute has revised the description of probiotic drugs several times, qualifying them initially as pharmabiotics, then as live biotherapeutic products and, finally, as microbiota medicinal products. This enables the institute to distinguish ‘its’ products from probiotic food, to include other types of ‘microbiota’ products (such as faecal microbiota transplants, phages, bacteria residues, etc.) within its scope, and to recruit other companies into its organisation. Similarly, by leaving the Yoghurts and Live Fermented milk Association (YLFA, dissolved in 2015) and merging with other lobby groups into the International Probiotics Association Europe, probiotics manufacturers have tried to distinguish their health promise-bearing products from ‘staple’ yoghurts in the eyes of regulators and consumers.

The second institutional work consists of classic lobbying actions to promote the economic and political stakes of the sector for European institutions and to attempt to influence the decision criteria of the European drug and food agencies.

The third institutional work concerns the attempts of both associations to organise the microbiota sector by encouraging partnerships between companies in highly diverse sectors (fermenters, biotech startups, dietary supplement manufacturers, pharmaceutical companies, financial investors, etc.). The challenge for these associations is to train and inform their members, via congresses and working groups, on the scientific and clinical progress achieved, the conditions of development of these products, the new regulations and the product assessment criteria used by the agencies. 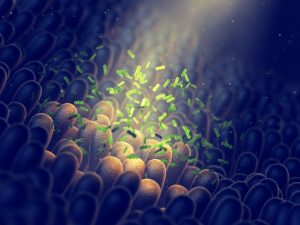 Until now, the dominant marketing model has been that of dietary supplements, based on short, inexpensive clinical trials with a rapid, albeit limited, return on investment. Lately, however, another model, inspired by the pharmaceutical industry, has become more popular: it relies on the development of drugs with high therapeutic and financial values through lengthy and costly clinical trials and marketing authorisations. The various industries involved in this ‘emerging’ microbiota medicine do not have the same assets to implement these two models: while fermenters and dietary supplement manufacturers have been able to use the dietary supplement model to make money quickly, they are less well equipped and determined than the biotech startups and Big Pharma companies to initiate clinical trials and have their products evaluated by the European Medicines Agency.

In terms of the representations and practices associated with the prescription, sale and consumption of microbiome products, the boundary between probiotic foods and drugs is becoming increasingly blurred.  This is particularly true for dietary supplements, which constitute ‘hybrid’ products in many respects. These products, sold in pharmacies and parapharmacies, count on their close proximity to drugs to create the ‘aura’ of a health product. The companies marketing probiotic-based food supplements have pushed this confusion even further, by mobilising the same marketing strategies as the pharmaceutical industry, and notably promoting them to doctors and pharmacists to encourage them to ‘prescribe’ these products to their patients. They have also made the best of two loopholes in the regulations to continue to claim health benefits for their probiotics. 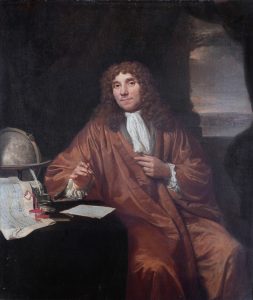 Firstly, they have ‘enriched’ their dietary supplements with vitamins or other ingredients for which there are authorised claims that are similar to the claims previously made for their probiotics. Secondly, they have used the fact that the 2006 Regulation only concerns communication intended for consumers and the general public, to develop websites and promotional documents officially ‘reserved’ for healthcare professionals. They have also benefited from the growing interest of professional and mainstream media for the microbiota and probiotics, which has done much to familiarise consumers with these products. Sales of food and dietary supplements containing probiotics declined during the two years following the first list of claims recognised by Europe but have begun to grow again in the middle of the 2010s, and even more so since the start of the Covid-19 pandemic.

To conclude, I would like to point out how the microbiome highlights two quite different conceptions of medicine. According to the first, medicine aims to cure illnesses through treatments and techniques tested by long and expensive clinical trials, authorised on the basis of evaluation of the risk-benefit ratio, whose cost is covered by public or private insurance, and which are prescribed by doctors. The second, which dates from Pasteurian works(4)Sandra Legout, « La famille pasteurienne en observation : histoire et mémoire » – The Pasteurian family in observation: history and memory – , in Histoire, économie & société. sees medicine as the art of maintaining and promoting health, notably by acting on the lifestyles (particularly diet) of populations. Analysing microbiota medicine thus reminds us that medicine is a social activity resulting from the combination of products, people and values.

Nouguez, E. (2020), ‘How much is your health worth?’, Economic sociology_the european electronic newsletter. 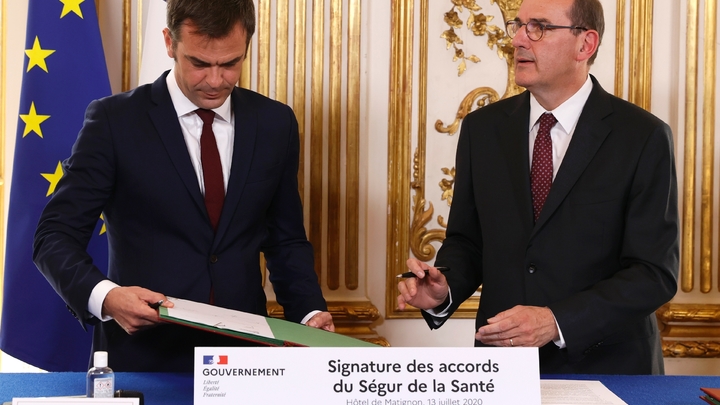 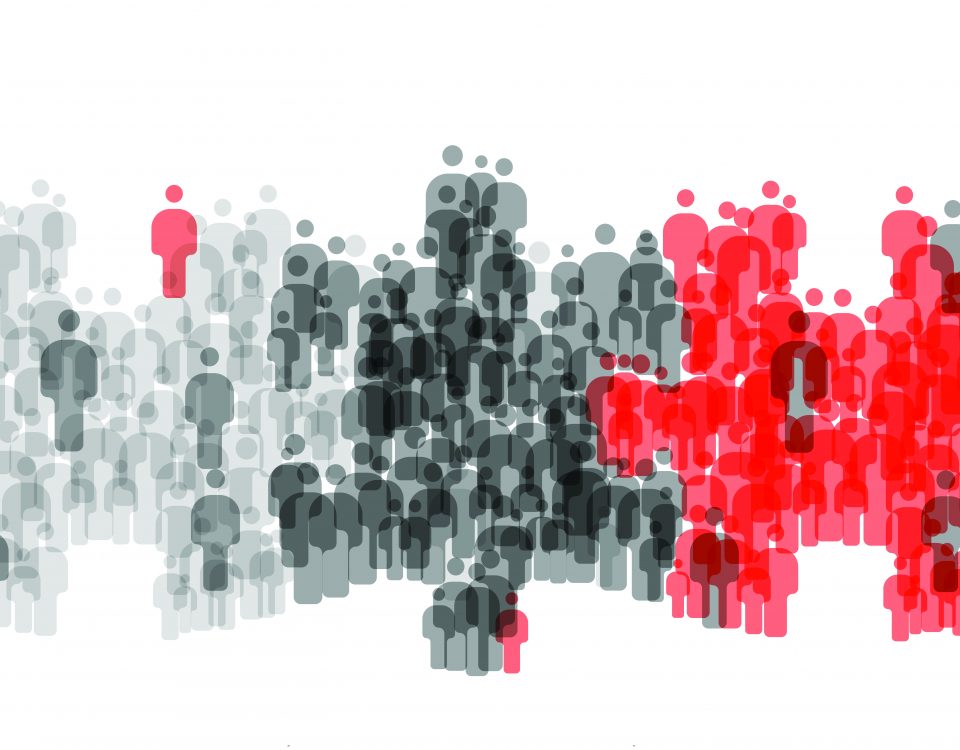