by the médialab team 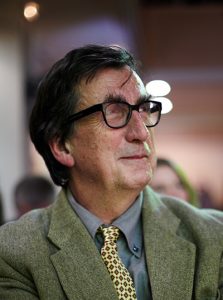 Created in 2009 at the initiative of the philosopher and sociologist Bruno Latour, Sciences Po’s medialab first saw digital technology as a means to renew and enrich research. It thus developed and shared innovative research methods and tools. By providing original means of representation and visualization, these instruments enable the production of new indicators objectifying new social phenomena and offering outreach opportunities to users. They have therefore proven to be particularly useful in the study of the political field.

The accessibility of web data paved the way for a significant number of studies seeking to capture political information from the media or political actors on the web. Based on extractions from websites and from monitoring publications on social networks (mostly on Twitter), this research aims to map the political-media landscape. Initiated by the bipolar map of the American political landscape (Lada Adamic and Nathalie Glance, 2005), the research has deepened understanding of the structure of public spaces (Benkler et al., 2018), of thematic agenda setting (Gaumont et al. 2018), and of social networks’ role in structuring certain movements (Froio, 2017).

Communities of the French pre-electoral political twittosphere calculated from 08/01 to 12/31/2016 in Reconstruction of the socio-semantic dynamics of political activist. Method and application to the 2017 French presidential election © Noé Gaumont Maziyar Panahi David Chavalarias

These new methodologies have limitations, notably because they have access to very little information on individuals and cannot claim to be representative (Kotras, 2018). However, they contribute a new type of knowledge that is very useful to the analysis of public agenda formation and mobilization, and to the development of new tools of representation. After mostly focusing on network analysis (especially hypertext, citation, and affiliation links), new methods are developing around automatic text analysis, as Danescu-Niculescu-Mizil et al. (2012) experimented with in a study that inferred power relations between speakers in online conversations.

Digital methods can also be exploited to produce new types of indicators objectifying certain political phenomena. For example, they can help study the strength of party coalitions in legislative co-signatures in the parliament (Briatte, 2016), produce metrics for positioning on the right-left scale (Barbera, 2015), and produce international comparisons of media agendas (Baumgartner, Breunig & Grossmann, 2019). Original statistical instruments have been developed on the basis of digital data. An example is an ideological positioning scale based on Facebook or Twitter subscribers (Ecormier-Nocca, Louis-Sidois, 2017). Digital methods also enabled analysis, through the OTMedia project, of all the content produced online by information media in France in 2013; Julia Cagé and her coauthors (2017) were able to show that 64% of the content published online is simply attributable to cut-and-paste.

The interactive visualization of data also opens new opportunities for research teams addressing complex bodies of data (Latour 2012). At the medialab we use the term “datascape” to define a new approach that consists of conceiving the body of data and visual exploration instrument together (Girard 2017). This method embeds the development of a body and of a web application enabling exploration through different levels of data aggregation and filtering.

This is what we developed in the “Law creation (fr)” project, which enables exploration of the process chain of 97% of the over 1,000 laws that the French parliament has adopted since 2008.

By tracking amendments and debates, we can retrace and visualize the legislative path throughout the parliamentary process, from the proposal through promulgation, and including multiple examinations at the National Assembly, the Senate, and in joint committees. This datascape shows the complexity of the process, with a step-by-step unpacking of each law into its constitutive debates, proposals, and adjustments. Its interest lies not in algorithms, but rather in its hybridization of quantitative techniques (database system, aggregation, filtering, etc.) and qualitative experiences (data preparation, exploration, and interpretation of forms, etc.), providing an instrument of interpretation and reflection on a body of data (Chateauraynaud and Chavalarias, 2018).

Digital tools also offer original ways of examining our societies’ political forms via public outreach. This instrument is frequently mobilized in surveys, such as questionnaires and tests used in psychology and cognitive sciences, and it can accompany panels for regular and original monitoring. With the longitudinal internet study for the social sciences – ELLIPS – fr) (CDSP, DIME-SHS) apparatus, respondents are provided with a tablet that allows them to respond to various solicitations from researchers. 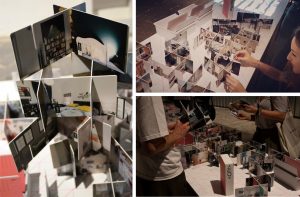 Public outreach can also be pursued at a small scale by mobilizing a digital study. For example, this is the approach implemented in the medialab’s participative design experiments. These consist of exploring controversial technical and political issues by collecting their traces, descriptions, and histories in online worlds in order to bring them into a space where they can be examined (Ricci, 2019). Digital data and visualizations are transformed into tangible subjects, and a public brought together during workshops is invited to partake in a series of speculative exercises. In the NATURPRADI project (Ricci et al., 2017), a series of visualizations produced thanks to the collection of over a year of tweets on urban nature in Paris was submitted to researchers, experts, and citizens. They were asked to read, annotate, highlight, and change the visualizations. They produced new narratives featuring subjects that were less visible or silenced by representations achieved through digital methods. In another example, the Cozy/Flat exhibit was created through an extraction of all the AirBnB listings in Milan, enabling the collection of apartment pictures and algorithmic extraction of the subjects they contained. As a mapping layout and serial of many photos of rentals, the tool helps highlight and examine the effects of the cultural homogenization of the gentrification supported by the platform. Be it through expositions, public debate, or workshops, these experiments help connect the representation capacities of digital technology with the very reflexive form of in-person exchanges. 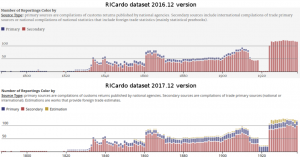 For example, data mining tools have been used to develop the Ricardo website, which enables the navigation of a database on global trade since the beginning of the 19th century.
Far from limiting itself to the role of an advanced toolkit, the medialab leads reflections on the scientific uses of digital technology through its research seminar and publications like the Study on modes of existence, which has made significant contributions to the concepts and practices of digital humanities, as well as What Big data does to the sociological analysis of texts? A review of recent research.
In addition to this research, it is important to add that digital technology is key to archiving surveys, qualitative studies, anddigital documents. For example, this is the case for what is produced by the Center for Sociopolitical data (CDSP) and the Center for political research  (CEVIPOF) during elections.

A development in all the disciplines

Today, all of Sciences Po’s research units incorporate digital technology into their research; the process has accelerated thanks to the regular hiring of researchers involved in issues linked to digital technology.
In addition to this group, research engineers and PhD students explore subjects as varied as artificial intelligence, the impacts of digital technology on cities and industries, social norms, and surveillance. In a bid to intensify exchanges within this community, the medialab and the Laboratory for Interdisciplinary Evaluation of Public Policies (LIEPP), supported by the scientific board, recently created the seminar on Digital Transitions (TransNum).
Another element attests to Sciences Po’s proactivity in encouraging this growth: internal funding granted to research projects and support for obtaining external, public, and private funding.

Digital as a research tool