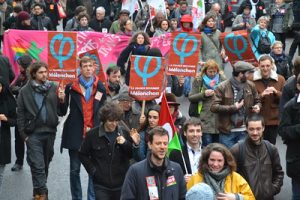 Political parties are clearly going through a crisis, at least with regard to their reputation and the support they garner from citizens. The number of party activists in established democracies is, for the most part, falling. It is not far-fetched to suggest their is a crisis of party activism, with activists becoming a rarity.  However, it would be premature to announce the collapse of political parties as a form of political organisation. After the ‘‘Great Recession’’ of 2008, new political parties sprang up all over Europe: La République en Marche and La France Insoumise in France, the Five Star Movement in Italy, the AfD in Germany, and Podemos in Spain are but a few examples. Furthermore, the so-called ‘‘traditional’’ parties have continued to adapt to circumstances and strived to innovate as a way of attracting the support and engagement of their citizens.

Offering various membership options is one of the ways in which contemporary political parties have tried to offset the decline in members and activists. It is possible to join as a ‘‘friend’’, a volunteer, a registered sympathiser, a donor or a traditional member. These flexible and adjustable membership options are transforming some parties into what are known as ‘multi-speed membership parties’, a term coined by Susan Scarrow, a specialist of political parties. These parties offer not only a greater choice of membership options, but also more ways of participating directly in decisions about the internal affairs of the party, such as choosing leaders and candidates for elections. The idea is to reduce the cost of joining a party and to increase the benefits provided. By offering many different options, parties have transformed the structure of membership incentives and rewards; but, at the same time, they have decreased the value of joining as a traditional full member.

Why Join a Party?

While the parties’ motivations for providing these options are understandable, we must also try to grasp the reasons that lead some individuals to continue engaging in traditional activism rather than opting for a less demanding form of involvement, as registered sympathisers do, for example. Raul Gómez (University of Liverpool), Luis Ramiro (UNED), Laura Morales (Sciences Po, CEE) and Jaime Aja (University of Córdoba) have sought answers to that question in their article ‘‘Joining the Party: Incentives and Motivations of Members and Registered Sympathizers in Contemporary Multi-Speed Membership Parties’’, published in the journal Party Politics. In the article, they compare for the first time the features and motivations that differentiate those who decide to join as members from those who opt for the less committed choice of becoming registered sympathisers.

To this end, the authors conducted a survey on three left-wing Spanish parties — Izquierda Unida, Iniciativa per Catalunya Verds and Equo. 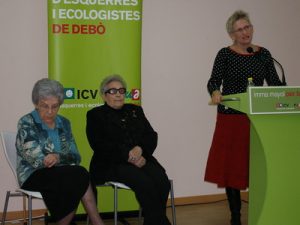 By conducting a quantitative analysis of the survey data from 4,843 members and registered sympathisers from these three parties, their intention was to ascertain whether the general incentives model of participation proposed by political scientists Patrick Seyd and Paul Whiteley is also valid for the choice of party membership modes.

– First, selective incentives directly associated with joining a party (e.g. learning about politics, making new friends, meeting people and taking part in restricted party primaries) or linked to obtaining certain forms of recognition, such as being nominated for a position internally or as an elected official.
– Then there are collective incentives: those tied to contributing to the potential achievement of policy goals (initiating legislative reforms, for example) or to increased influence for the party (such as deciding who forms the government).
– Finally, we should consider the emotional/affective incentives which include rewards associated with altruism, social norms or political identities.
The model also proposes negative incentives, including the cost of involvement in terms of time and money.

The questionnaires submitted to members and registered sympathizers of the three parties selected focused on the relative importance of these positive and negative incentives in their decision to become members or to be involved as registered sympathisers. The authors expected that traditional members and sympathisers would provide differing responses regarding the most important motivations for their choices, especially as to the perceived importance of their participation in primary elections. 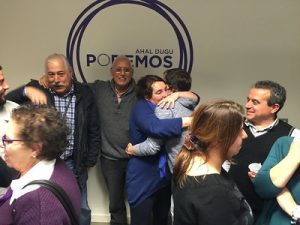 The responses collected indicate significant and interesting differences between members and registered sympathisers. Members are more motivated by selective process incentives (learning about politics, making new acquaintances and meeting like-minded people), by selective collective incentives related to policy outcomes (such as helping to achieve the party’s goals and supporting it financially), and by an altruistic desire to be involved in politics. Sympathisers, on the other hand, are more motivated by selective incentives associated with the possibility of having a political career and the opportunity to take part in selecting the party’s candidates. In other words, members are generally more idealistic while registered sympathisers are more pragmatic.

These significant differences between members and sympathisers indicate that the two types of individuals have varying inclinations with respect to party involvement. The study also suggests that registered sympathisers do not automatically constitute a seedbed for membership recruitment.