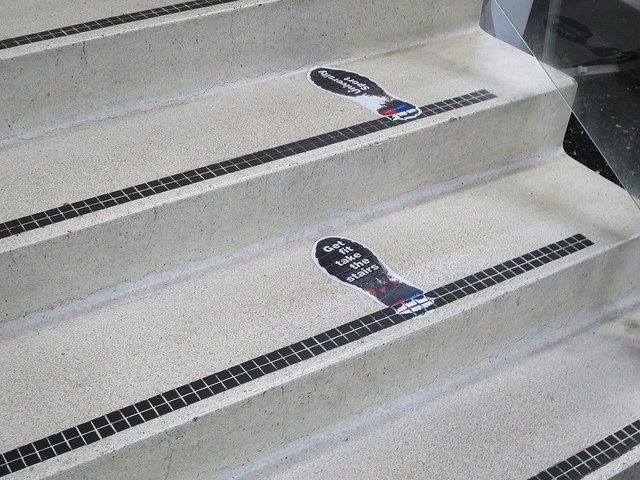 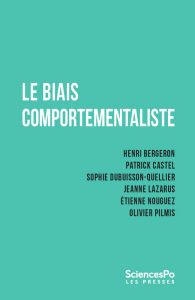 Widespread in the marketing world, intervention on and by individual behavior is today garnering growing interest from public decision-makers, who see it as a powerful tool to, for example, improve health and education, increase household savings, and support the ecological transition. It is to understand this phenomenon, its academic origins, and its practical and political implications that six researchers from Sciences Po’s Center for the Sociology of Organizations (CSO)* decided to trace the trajectories in their book Le biais comportementaliste [The behavioral bias] (Presses de Sciences Po, October 2018)

What is behavioral economics?

Conceptualized beginning in the 1960s, particularly by Herbert Simon and then Daniel Kahneman (both Nobel prizewinners), behavioral economics challenges the concept of homo economicus – a fictional rational, egotistical and maximizing individual – on which the dominant neoclassical approach in economic science was built.
Sometimes completing and sometimes challenging this model, behavioral economics posits that individual decisions are influenced by cognitive biases that make them irrational from the perspective of neoclassical economics. However, while agents do not behave as predicted by economic theory, they are not unpredictable: by identifying the cognitive biases, and even integrating them into equations, it is possible to anticipate behaviors. The next step, which brings behavioral economics into the public policy sphere, consists of developing measures that take into account the biases in order to guide individuals. A fascination of sorts by public actors for these tools is apparent throughout the world, and sparked the interest of this book’s authors. 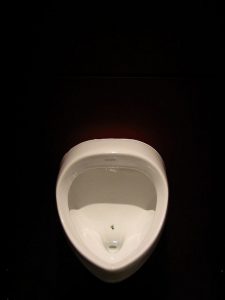 In 2008, economist Richard Thaler and lawyer Cass Sunstein published Nudge: Improving Decisions about Health, Wealth and Happiness, (2008), translated into French as La méthode douce pour inspirer la bonne decision [The soft method for inspiring the right decision]. The “nudge” consists of simple, fun, and low-cost techniques to push individuals in the direction sought by their creator. The idea is not to transform individual “preferences” so much as to shape the “choice architecture”, that is, the way that the world of possibilities is physically presented. This choice architecture can be very concrete, like the famous flies in the urinals of the Amsterdam airport, the Chicago trompe-l’oeil to make drivers slow down, and the piano-key stairs in some metros to attract escalator users. Choice architecture also refers to the creation of default options, from two-sided printing to use less paper, to retirement plans that lead individuals to funnel a greater share of their salary towards savings.
In the public sphere, the nudges, or behavioral insights (a term used by English-speaking countries and international organizations to refer to behavioral interventions that go beyond nudges) have thus become a highly appreciated type of intervention: cafeterias have been redesigned to put vegetables on prime display and French frees at the back; in some neighborhoods residents get information about the waste quantity or water consumption of their neighbors to encourage them to adopt environmentally friendly behavior, etc. The promise of these interventions is that by encouraging individuals to adopt a desired behavior without them even having to think about it or understand the issues, important collective problems will be solved.
The media quickly picked up on these new forms of public action. On subjects as varied as domestic policy, health, personal finance, retirement programs, public budgets, climate change, and education, newspapers now routinely refer to nudges and behavioral insights. Big companies are also interested, especially the major Internet platforms. But it is the decisions of several governments, especially those of Barack Obama in the United States and of David Cameron in the United Kingdom, to create nudge units to promote skills and knowledge enshrined in behavioral economics, that have most promoted these new forms of public intervention
In France, the new inter-ministerial directorate for public transformation (DITP), created in 2018, has three departments, including one tellingly called “innovative methods, behavioral sciences, and user feedback”. Minister of Education Jean-Michel Blanquer is very fond of cognitive and behavioral science experiments. 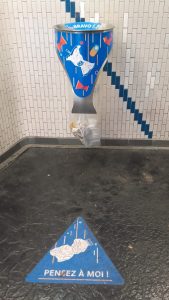 In January 2018, he placed them at the heart of a scientific council led by Stanislas Dehaene – a psychologist and neuroscientist – in charge of learning methods and textbooks

Beyond these observations and in light of the buzz, what is the political significance of this mode of behavioral governance? Why is it spreading relatively consensually in public action? Where is this knowledge coming from and how is it able to impose the representation of human action that it incorporates? What are the assumptions underlying its vision of action, and most importantly what is lost when the latter is considered to the exclusion of any other? What does the growing mobilization of these approaches to human action produce when it is the basis of public intervention? The authors of Biais comportementaliste not only deemed it necessary to answer these questions, but also wanted to show what public action loses sight of when it jettisons other, non-behavioral forms of knowledge that show what individual behavior owes to the social frameworks in which it unfolds.

To answer these questions, the authors use a three-pronged approach. First, they establish a genealogy of the knowledge founding behavioral economics, from Herbert Simon (and his theory of limited rationality) in the 1950s to Richard Thaler and Ernst Fehr in the 1990s, and including Daniel Kahneman and Amos Tversky (and their theory of perspectives) in the 1970s. They explore the continuities and breaks with orthodox economic theory. They then trace the process of translating these theoretical issues into public intervention tools, thus identifying the key role of institutional entrepreneurs played by Richard Thaler and Cass Sunstein, who made every effort to “translate” this academic knowledge into public action instruments and to promote them to public and private leadership. 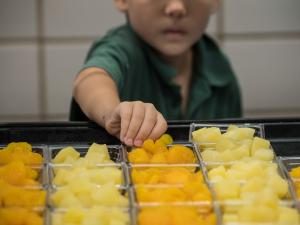 Next, the authors describe the dissemination of these behavioral approaches in the political realm in three areas: public health, the environment, and personal finances. The enthusiasm is palpable in many countries, often at the highest level of public decision-making. They also analyze the controversies surrounding these approaches and their assumptions: a recurring issue is the ethical dimension of nudges meant to shape the behavior of individuals without them being aware of it. Their miraculous effectiveness is also questionable: when children understand where they can find the fries, when the fun aspect of musical stairs fades, and when households come to accept that they consume more water than their neighbors, nudges stop working.

Finally, the risks of a behavioral approach seeking to guide public action in a hegemonic way are explored. The researchers go over the theoretical premises underpinning this tool and the knowledge that feeds them. They thus remind us that making cognitive biases the source of all public problems carries a significant collective cost. By limiting their interventions to individual behaviors, public policies might lose sight of what these behaviors owe to being embedded in social groups and organizational and institutional practices that shape them in a way that no choice architecture could wear down. Finally, the authors highlight the problem that nudges represent for our democracy: should the resolution of social problems reduce individuals to being passive targets of public action for the sake of efficiency, or rather should it involve them in both the implementation of solutions and deliberation over the common good?