You Better Move On! 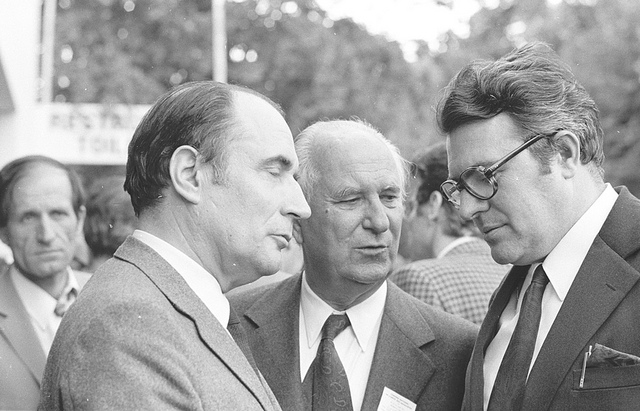 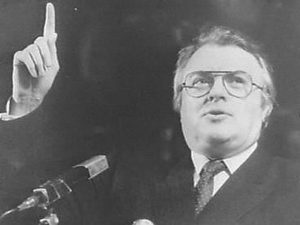 Does the widespread idea that French socialist elites fell under the charm of neoliberalism at the beginning of the 1980s correspond to reality? Did François Mitterrand take on the mantle of Ronald Regan in March 1983 while his Prime Minister Pierre Mauroy conducted a Thatcherite economic policy without knowing it?
By drawing on presidential and Matignon archives, Mathieu Fulla, a researcher at Sciences Po’s Center for History, shows in his article Quand Pierre Mauroy résistait avec rigueur au ‘néolibéralisme’ (1981-1984) – When Pierre Mauroy rigorously resisted ‘néoliberalism’ (1981-1984)”, (Vingtième siècle, April 2018) that this is not true. The neoliberal aspect of the period’s socialist economic policy remains untraceable. Rather, France adopted a form of economic neoliberalism in the 1980s under the governments of Fabius and Chirac, not Pierre Mauroy. Interview.

In your article on the Mauroy government’s economic policy (1981-1984), you challenge the still-widespread idea of a sudden liberal turn initiated by the socialists in 1983…

There are not one, but two erroneous interpretations of this period that are still prevalent today in the press and sometimes the academic literature. The first one is that the socialist government made a 180-degree turn in March 1983 after two years of reckless spending, epitomized by the Keynesian stimulus via consumption initiated in the summer of 1981. The second interpretation is that senior officials converted en masse to neoliberalism, particularly state economists from INSEE, the Commission for Planning and the Forecasting Department. Since the end of the 1990s, historians and a few rare sociologists 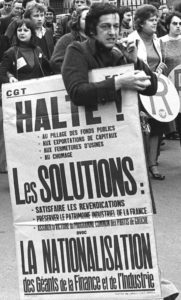 and political scientists have tried to refute these two claims. They argue that the stimulus in the summer of 1981 was moderate and emphasize the highly interventionist approach of major aspects of the economic policy conducted at the time. Thus, the nationalizations of February 1982 led to a maximal historical expansion of the public industrial and banking sectors, the government did not chip away at the welfare state, and the monetarism reigning in Great Britain was not yet the dominant ideology at the Finance Ministry. This would come later, in the second half of 1984, when Pierre Bérégovoy and his advisors implemented the so-called “strong franc” policy.

What accounts for this gap between the memory and history of the “austerity turn”?

The contrast between the perception of a radical turn by contemporaries that many actors from the time continue to nurture, and the reality of this policy – a gradual shift from stimulus to “competitive disinflation”, which was a dominant form of austerity policies in Western Europe in the 1980s – can be attributed to the Socialist Party’s discourse over the preceding decade.

Beginning with the Epinay congress of 1971, the conquest of power became a cardinal objective of the party of François Mitterrand, who concluded a joint government program with the Communist Party in 1972 emphasizing the voluntarism of his economic proposals to ensure strong and sustained growth. The nationalization of all lending sources and of nine industrial companies deemed strategic by the two parties formed the thrust of this document. However, as soon as the first signs of economic slowdown appeared in the aftermath of the 1973 oil shock, a very clear gap opened between this public discourse and the dominant economic culture of PS experts responsible for economic policy. Indeed, the latter were skeptical of solutions proposed by the joint program for exiting the crisis. 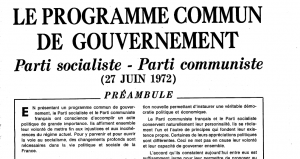 They believed that if a socialist government wanted to remain in power for a long time, it would have to pursue an economic and social policy premised on an open and increasingly globalized economy linked to that of its European Economic Community (EEC) partners. These experts, rather than those wedded to a more Marxist approach to the economy, were closest to Jean-Pierre Chevènement and the Communist Party, and part of the cabinets of the Élysée, of the ministries of finance, budget, and industry, and of Matignon in 1981.

Why was Matignon selected as a preferred vantage point?

Under the 5th Republic, Matignon’s centrality in the decision-making process was undeniable. As stated over twenty years ago by Guy Carcassonne – a fine connoisseur of the institution from playing a key role in it under Michel Rocard (1988-1991) – it was the locus of everything, and anything else had to cross the Prime Minister’s desk as

the very least. Beyond this institutional centrality, there are three reasons to focus on Pierre Mauroy and his advisors.
First, their role in implementing the austerity policy has been understudied in the academic literature. Second, the opening of the Prime Minister’s archives allows for the hypotheses of 180-degree neoliberal turn to be refuted. Finally, just like the Finance Minister Jacques Delors, Matignon called for a moderate austerity policy early on, and François Mitterrand reluctantly came around to it later in 1982.
In January it was Pierre Mauroy, with help from his main economic advisors Jean Peyrelevade and Henri Guillaume, who prepared the first austerity plan. The prime minister understood that he could derive a significant political benefit from this choice: to briefly regain control over economic policymaking, given that the Elysée and Finance Ministry had led the 1981 stimulus. Finally, Pierre Mauroy’s embrace of this plan is not just attributable to power dynamics but also to cultural convictions. The document developed by his office was of a piece with his economic leanings, which were strongly tinged with Mendèsism, that is, attentive to balanced budgets and current accounts.

So Mauroyists were not neoliberals in power?

Yes. The philosophy of the June 1982 plan can be described as “post-interventionist”. Its key provision was a four-month freeze on prices and salaries. These measures were more akin to the anti-inflationary state policies (vainly) advocated by Pierre Mendès France after Liberation than to unbridled financial deregulation or the abandonment of direct state intervention in the economy according to the Thatcherite model. This plan moreover paired with a comprehensive investment program at odds with austerity that aimed to recapitalize nationalized industries. If other parts of the Mauroy government’s policy are considered, an absence of affiliation with the neoliberalism implemented across the Channel is apparent. 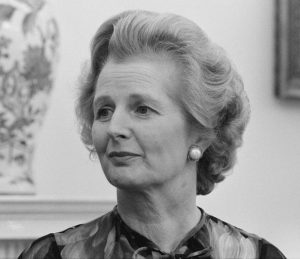 The recentralization of power orchestrated by Thatcher’s government contrasts with the major decentralization laws of 1981. And the New Public Management ideology, the main source of inspiration for the US and British administrative reforms, was absent from the six Le Pors laws enacted between 1983 and 1984 on the status of the civil service.
In other words, Pierre Mauroy’s hope to pursue a truly social democratic policy modeled on what its federation in the North had long been doing, was shaken by the test of power but did not disappear. While France did embrace a form of economic neoliberalism (although it is important to emphasize that this concept remains eminently debatable and plastic), it was more rooted in policies pursued by the Fabius and Chirac governments than in those led by Pierre Mauroy.

What role did the events of March 1983 ultimately play in the history of the PS and, more broadly, in France’s political and economic history? 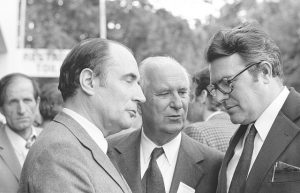 To present, as some Mitterand people do today, the decisions of March 1983 as the natural continuity of the 1981 stimulus is as erroneous as claiming a 180-degree turn. The development of this second austerity plan, mainly conceived by Jacques Delors rather than Pierre Mauroy, who became increasingly less influential in this area, marked an undeniable break, albeit more so politically than economically. While the governing socialists expressed radical hostility towards Thatcherism and did not adopt its prescriptions, the decision to deepen austerity marked a significant political turning point in the history of French socialism. Indeed, by publicly recognizing the need to fight inflation and to balance budgets to achieve full employment, the government staked its plan to remain in power for a long time, and eschew the unfortunate precedents of 1936 and 1956, when the Blum and Mollet governments each quickly fell over financial issues. But by publicly making this choice, it admitted its failure to develop an original French path towards socialism.
Beginning in 1983, François Mitterrand’s major political goal was no longer to achieve socialism, but rather to deepen and expand European integration. Finally, and interestingly, the last months of the Mauroy government constitute a precious laboratory for thinking about changes in the culture of experts involved in socialism. A significant gap opened between Pierre Mauroy and his social advisors, who worried that the objective of full employment would be overshadowed, and his economic advisors, who, without laying claim to Thatcherism, wrote – sometimes in black in white – that no alternative existed to competitive disinflation.