How can urban insecurity be categorized in terms of risk exposure and in terms of perception? Does this perception vary based on socio-professional class, political views, and reported crime?

To answer these questions, the Center for Studies in Social Change, headed by Edmond Préteceille, is participating in a research project on “Insecurity and territories: social division and political participation (INSOCPOL)”.

The study focuses on the Paris metropolitan area at the most granular level provided by INSEE (Ilôts Regroupés pour l’Information Statistique (IRIS),  i.e. data for sub-municipality units, including around 2000 people – e.g. American census-track.

One of the major goals is to produce data, maps and methods that will be widely disseminated throughout the scientific community via the Observatoire scientifique du crime et de la justice (Scientific Observatory of Crime and Justice) as part of Paris Saclay’s program on Interactions between science, innovation and society. 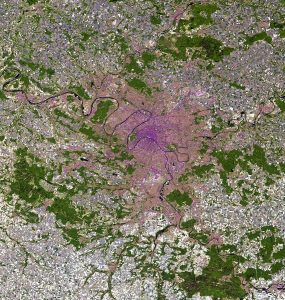 The maps will seek to specifically locate and visualize phenomena that are often presented in a polarized way, be it in criminogenic areas, places considered as such, especially in the media, or places where the feeling of insecurity fosters political security programs.

The INSEE study on “Victimization and insecurity in Île de France” will also be analyzed and compared with two other major databases: the social categorization of the Île de France region over time, produced by the OSC, and election results by polling station published by the Ministry of Interior.

A big methodological challenge will be to formalize and model relationships between the observed variables and the various territorial divisions.

This project is funded and endorsed by the Agence Nationale de la recherche (French national research agency), in partnership with the Centre for Sociological Research on Law and Criminal Justice.