While the question of higher education steering constitutes an opportunity to study social inequalities, it is important to understand the conditions under which young people express their choices. Agnès van Zanten has set up a complex system that takes into account all of the aspects of their approach.

Revisiting a classical question in sociology

Inequalities in higher education choices are one of the first subjects in France that spurred the development of competing sociological theories. In The Inheritors (1964), Pierre Bourdieu and Jean-Claude Passeron explained these inequalities by emphasizing the match 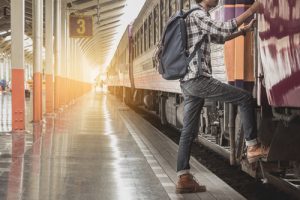 between the expectations of educational institutions and the habitus – that is, the cultural capital embedded through familial socialization – of upper-class students. In The Inequality of chances (1973), the sociologist Raymond Boudon called for a rational calculus model and showed the various forms that this calculus could take depending on individuals’ economic and cultural resources (Boudon, 1973). Subsequent studies helped enrich these theories through a more granular and current account of the practices of young people and of social groups, and of the organization of secondary and higher education.

But there are still very few studies in France on the influence of the contexts in which young people use informational, advisory and matching resources to select their higher education studies. The research perspective adopted here assumes that each decision is subject to various influences that change the aspirations, the perception of what is available and the tradeoffs between the various options. This research is funded by the LIEPP and involves a large group of young researchers, Medialab engineers and students pursuing their Masters in sociology at Sciences Po. This research draws on several highly complementary thematic and methodological elements spread out over time. It is based on an ethnographic approach that includes observations, interviews, analysis of texts, exchanges and web navigation, and several questionnaire surveys.

The first part of the study covered several institutional dimensions of state policies and measures shaping access to higher education.

Of interest were developments in the institutional discourse, especially tensions between an interventionist approach and a liberal approach, as well as the tricky coordination between the many organizations involved in access to higher education. Particular attention was paid to state regulatory measures, such as the “post-Bac admissions” platform now called “Parcoursup”. Through a detailed analysis of this tool and its evolutions, as well as interviews with its designers, heads of educational institutions and students, the policy choices made and the techniques deployed were elucidated. Any re-appropriations were also highlighted.

Another aspect of the study looked at the way in which higher education institutions influenced the choices of prospective students. A study focused on “open houses” helped uncover different modes of student capture. Higher education institutions make use of objective elements and rational arguments but also tap into impressions and emotions to elicit an identification process. Establishments with a high status impress metrics upon visitors and make personalized exchanges, whereas ones with less prestige emphasize a “welcoming” notion. Meanwhile, “atmosphere” is central to the presentation of establishments with an intermediary status.

Another, more ambitious study on the ethnographical front is based on an in-depth study that was conducted over two years in four high schools in Ile-de-France. It has already shed light on two powerful mechanisms involved in the “institutional channeling” of high school students’ higher education plans and the reproduction of inequalities within these institutions. 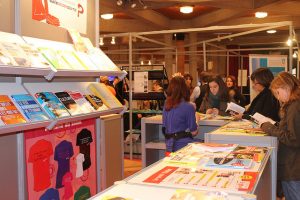 The first mechanism is the narrowing of the realm of possibilities through the focus – in discourse and activities – on certain educational paths considered to be the “natural” ones for high school students. The second one concerns the quality of the orientation service provided to students: while the two high schools that hosted most of the good students from the middle and upper classes displayed a high level of organization, anticipation and personalization in the orientation, the two most underprivileged ones provided much less coherent and more generic information and advice, which was furthermore provided late and on an ad hoc basis. The latest findings that are being analyzed show that Parcoursup has not changed the habits of high schools very much.

The growing importance of private options

The research also takes into account the growing importance of private options increasingly presented as an alternative to institutional options. In order to understand this constantly evolving subject two types of communication tools were studied. First, the operations of around twenty education fairs in Ile-de-France were examined. Analysis of the collected materials shows that the professionals in charge of these fairs as well as the representatives of participating institutions present a vision of higher education that values a path’s openness and flexibility as well as the most gratifying dimensions of student experience while strongly pushing young people towards private higher education options.
The analysis currently underway of questionnaires answered by visitors also shows important differences in profiles, expectations and practices depending on whether young people are accompanied by their professors – the latter sees these fairs as providing orientation via simple information-gathering – and young people who come in groups and are approaching the fairs from a more fun than studious perspective. Finally, some young people come with their parents, or the parents come alone, on the lookout for specific elements enabling decision-making between different options. 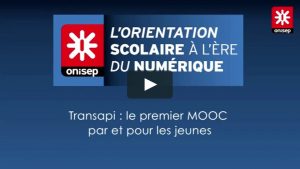 The second studied communication tool is the web. One aspect of the study looks at how young people navigate the internet by visiting a wide range of websites offering highly varied information, advice and matching tools. An innovative process was developed with the Medialab to enable the collection and analysis of browsing traces. In order to better grasp the practices of young people, their navigation from one website to the next and one page to the next will be tracked during a computer-based exercise. Senior high school students from seven high schools are expected to participate. They will start by filling out a short questionnaire to enable a better understanding of their expectations and plans. In parallel, drawing on our knowledge of higher education guidance offered online and an analysis of the steps taken by the first high school students interviewed, a systematic analysis of some websites will be conducted in order to better describe both the information and advice they provide and their communication strategies vis-à-vis young people.

This research will lead to a better understanding of how processes that unfold within families and educational institutions or as a result of the use of market mechanisms like fairs, maintain, deepen or possibly reduce inequalities between students with regard to their higher education choices.

See all the publications by Agnès van Zanten