Is it useful to work on Sundays? Not according to Jean-Yves Boulin and Laurent Lesnard in their latest book Les Batailles du dimanche [Sunday battles]. Transcending the usual ideological divides, the two sociologists analyze Sunday work from a social utility perspective. Interview with Laurent Lesnard, researcher at Sciences Po’s Observatory for Social Change (OSC). 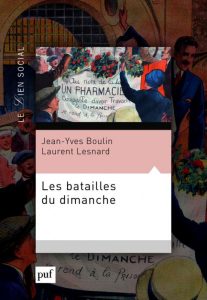 What do French people think about the highly controversial issue of Sunday work?

There is a gap between public opinion, which in the mid-2000s gradually became favorable to the opening of businesses on Sunday, and the employees involved, who most often oppose it, as shown in a 2008 analysis by the Fondapol foundation, for example. Many ideological arguments have been made in the public debate, notably pseudo-economic ones on employment, salaries, (relative) voluntariness, and a presumed “right to work” – a spectacular ideological reversal after centuries of calls for a “right to Sunday rest”. The debate was shaped by business interests that only exist in a “prisoner’s dilemma” context: the financial interest only exists if one takes away market shares from competitors closed that day, and if the cost of opening is lower than the profit made that day. Ultimately, if all businesses opened on Sunday there would no longer be a competitive advantage to doing so, and strong chances that the additional cost would be borne by the employees and consumers!

What do you believe would be the right way to address this issue?

It is worth questioning the social utility of services open on Sunday in relation to social demand, new lifestyles and family reconfigurations. “Is there a collective interest in opening and if so, at what social and economic cost”? When queried about the level of satisfaction they derive from daily activities, French people place leisure and meals at the top of their lists, not work or shopping at the supermarket. The most appreciated activities are games, sports and reading. It therefore makes sense to organize sport encounters on Sunday and to open libraries rather than shopping malls or banks, which are not recognized as sources of fulfillment. Our study also shows, for example, the low social utility of opening museums on Sunday in a mid-sized city when visitors do not show. The latter could come the day before and staff members, who only make 72 eurocentimes an hour, could practice an associational activity that only takes place that day. 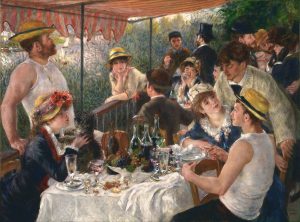 We reviewed many international studies. The historical perspective is key with regard to the issue of life rhythms and of the break day that has preoccupied all societies since the Mesopotamian era. It was important to denaturalize this phenomenon. In his ethnological analysis of Australian aboriginals, Émile Durkheim had uncovered a binary life rhythm (“The elementary forms of religious life”, 1912). One period was dedicated to collective activities and another to individual withdrawal. To this day, astrological and astronomical influences that have regulated time and life rhythms since the Babylonians are apparent. The days of the week carry the traces: Monday is the Moon day (Lunaes Dies, and lundi in French), Tuesday is the Mars day (mardi in French), Sunday is the day of the Sun, etc. Upper social classes and States have always been suspicious of the way in which the popular classes use their free time. The obsession was to prevent the working classes from indulging in their presumably base instincts like drinking. During the debate over the 35-hour workweek, some commentators were still asking what the free time would be used for. Yet we have not become the leisure society that some analysts had foreseen. 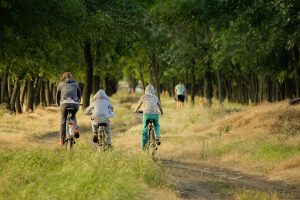 We identified several types of consequences of nonworking and working Sundays both inside and outside the home on interpersonal and intra-familial relations, moments of sharing, conviviality etc. Several factors play a role, including gender, type of employment and socio-professional category. For example, a professor could much more easily prepare a course Sunday evening without neglecting the rest of the day of leisure activities. Mothers will be better organized than fathers to catch up on time devoted to their children during the week. The ability to manage one’s time is a marker of social inequality. Some are in control of their time, and some are forced to work, sometimes precariously and for poor remuneration; the compensating day of rest during the week then no longer plays the same function as a day shared by most French people: Sunday. We see it as a day of social synchronization, and of meeting and exchange at several levels: personal, with one’s spouses, children, friends and sports teams, and more broadly with all of society.

You are harsh on the François Hollande governement

These are objective facts recorded in history. There was a lot of legal instability beginning at the end of the 2000s – a loosening of regulations on night openings and hours. It is under a socialist government following a utilitarian and liberal logic that the path towards the normalization of Sunday work opened. Yet the socialists spearheaded the law of 1906 and fiercely opposed the  Maillé law of 2009 providing for several exemptions. Try to make sense of that!

Creative Commons Attribution-NonCommercial-ShareAlike
Is it useful to work on Sundays?