Does the media shape elections?

Understanding votes is also about knowing the topics that mobilize voters and their influence on the ballot.

First, there is the issue of assessing what voters – taken as a whole and separated by political affiliation – consider a priority. Such an assessment enables going beyond preconceived notions. Thus, regardless of respondents’ political leanings, there is little difference among them regarding the issues they consider to be priorities, as demonstrated by the 2017 French election survey (wave 8, November 2016)

Unsurprisingly, the results show perfect agreement among rightwing and leftwing respondents on combating unemployment, which has been the top priority for decades. However, it is more surprising that leftwing and rightwing voters have the same level of interest in retirement (strong interest) and in the European Union (weak interest). Even more surprisingly, migration is not a leading concern of rightwing respondents: while 79% consider it to be important, it only places 7th in the “ranking” of their concerns. A look back at migration is instructive: during a 2007 pre-election survey, only 23% of rightwing respondents considered this issue to be a priority, that is 56% fewer than today. The difference between 2007 and 2017 is just as great among leftwing voters: 9% of leftwing respondents claimed to be “concerned” about migration in 2007, versus 54% today. 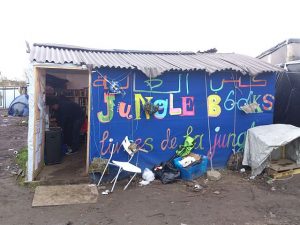 What must be agreed with a candidate to secure vote?

Emiliano Grossman and Nicolas Sauger presented the results of a study they conducted as part of a 2012 post-election survey in Public policies and voter decision making: review of the 2012 presidential elections.

Their objective was to determine the gap between the opinions of voters and those of the candidates they vote for. They applied this method to four public policy areas: nuclear issues, the role of civil servants, immigration and Europe.

They showed that voters were generally consistent in their selections. They most often voted for candidates whose positions were closest to theirs. But this did not apply to all issues. Nuclear issues were minor, for example. And other issues were more partisan, such as immigration, which was more important for the right. The researchers concluded by highlighting a point that is still relevant in 2017. Centrist candidates were always closer to the positions of their electorate, and extremist candidates were the farthest. However, this distance did not prevent the latter from winning at the ballot box, as voters primarily supported them over a specific issue even if they were not in general agreement with their platform. Sur quoi être d’accord avec un candidat pour l’élire ?

The current campaign has seen the emergence of previously secondary topics in candidates’ discourse. A good example is the environment. As Daniel Boy points out, this subject had last been discussed during an election debate in 2007, when candidates across the political spectrum had carefully considered Nicolas Hulot’s environmental pact, with some even officially supporting it. Eight years later, in the run-up to COP21, only 14% of respondents in a CEVIPOF survey saw environmental policy as a priority. Today, of the 11 topics listed in the 2017 Enef survey, the environment ranks 8th, with 66% of respondents claiming to be concerned. Candidates’ platforms (including the Front National’s platform, which includes 7 environmental commitments) show that these developments have led to greater consideration of the environment among a growing swath of voters.

This focus on the environment is but one example. Other data indicate that this insight applies to other subjects: education, secularism, foreign policy, etc.