Does the media shape elections? The media’s role in voting behavior is not limited to explosive revelations on any given candidate. It also play a “normal” role in “normal” campaigns, as shown by Ruben Durante, a researcher in the Economics Department who has devoted several studies to this subject drawing on econometric methods.

In one of his studies, Political Advertising and Voting Intention: Evidence from Exogenous Variation in Ads Viewership, Ruben Durante examined the impact of political advertising on voting intentions during the 2012 Mexican presidential elections. He demonstrated that while the impact of television campaigns on voting intentions was significant, it was brief and decreased as the election approached. Moreover, he shows that its effect was greater on the most educated voters and that it mostly strengthened already held beliefs. Finally, he underscored that these ads did not provide viewers with better knowledge of political projects.

Television and the Internet in Italy: from abstention to extremist or alternative parties 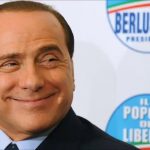 In a second study – The Political Legacy of Entertainment TV– Ruben Durante looked at the electoral impact of the Berlusconi group’s television channels. Based on data allowing him to trace their establishment throughout the country step by step, he showed that municipalities with the earliest exposure to this group’s entertainment programs were more likely to vote for its owner than municipalities exposed later. He also established a correlation between the large audiences of Berlusconi’s channels and the progression of individualism. More specifically, he showed that exposure to these entertainment programs at a young age was conducive to low civic consciousness and less developed cognitive abilities. 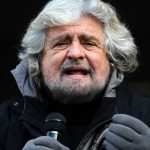 Deepening his examination of the media’s impact on Italian politics, he demonstrated in Politics 2.0: the Multifaceted Effect of Broadband Internet on Political Participation that access to broadband Internet has played a significant role. The turnout in national elections of ideologically extreme voters who vented on the Internet was initially lower. But over time, online expression fostered new political movements that succeeded in reengaging voters; the best example is Beppe Grillo’s Five Star Movement, a proponent of cyber-democracy that formed in 2008/2009 drawing on online platforms

The accuracy of polls and their use by the media

Brexit and the election of Donald Trump are two major political events that polls did not anticipate. CEVIPOF director Martial Foucault addresses legitimate concerns about their accuracy. Regarding the election of Donald Trump, pollsters overlooked the importance of different states’ electoral votes, and especially of undecided voters, since the undecided can play a decisive role. However, one of the media’s major biases is that it generally does not highlight margins of error, which are always present regardless of methods used. Foucault stresses that the role of polls is not to predict but rather to provide keys to deciphering voting behavior. Finally, he draws attention to the fact that the usefulness of polls depends on their consistency: It is important to ask the same question several times and over a long period of time. For more information: Are polls a victim of excessive confidence? (France Culture, 16 November 2016)

The media’s reliance on polls has also been analyzed in the work of CSO researcher Olivier Pilmis, who focuses on the inner workings of the media, forced to work on deadline and eager to anticipate. He also ponders how to best understand public opinion – an issue that Pierre Bourdieu raised in 1972 in his article “Public opinion does not exist”. Since then, sociologists have exposed the fiction of a “public opinion” partly created by the media on the basis of questions that voters do not ask themselves, or that they do not ask in the same terms. This bias can be explained by the proximity between the political and journalistic worlds, which draw on the same school and university backgrounds, and often interact.

Some of the issues raised in Ruben Durante’s research are reflected in the results of the 10th wave (January 2017) of the 2017 French election survey, which confirms that supporters of traditional political forces have retreated on digital platforms. Conversely, Front National, Front de Gauche and En Marche! supporters are the greatest social media users, although their usage differs depending on whether they are watching or sharing. But Thierry Vedel, who has analyzed media use in politics for many years, emphasizes that digital platforms do not help candidates recruit new voters, but rather strengthens the views of existing supporters.

Next article: The “real” issues