During the 20th century, the legal, social, and economic situation of women living in Western democracies improved. This dynamic partly resulted from a convergence of objectives between the needs of capitalism and the desire for women’s emancipation, particularly with regard to their participation in the labor market. This convergence has always been fraught with tensions and contradictions, but since the 1990s, statistical indicators – particularly the wage gap – show that occupational inequalities are no longer shrinking(1)Dominique Meurs et Pierre Pora, “Égalité professionnelle entre les femmes et les hommes en France : une lente convergence freinée par les maternités”, Économie et Statistique, 2019. . In this context, how is gender equality promoted? To answer this question, we analyzed the principles justifying equality policies, and particularly the relationship between political, legal, ethical, and economic approaches. 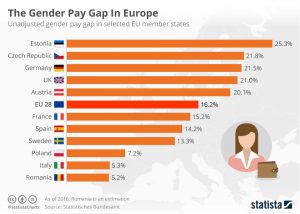 The stagnant wage gap is one of the most deplored manifestations of the persistence of inequalities between women and men. In order to revive the push for equality without countering the demands of a globalized market economy, it is now commonplace to demonstrate the cost of discrimination and the effectiveness of equality policies in order to convince people of their merits. Does the dissemination in the public debate of arguments such as “women do politics and management differently”, “more women in corporate management adds value”, “diversity is good for business” and “discrimination is costly” reflect an effective and benevolent pragmatism or a conservative ideology recast to be more respectable? Is it a strategy for equality advocates to undermine neoliberalism by mobilizing its own arsenal, or is it a victory for a neoliberal cunning that has managed to commoditize the principle of equality(2) Nancy Fraser, “Capitalism and the Cunning of History: Do Feminism And Neoliberalism Share a Secret Affinity?”, New Left Review, 2009?

Cost-benefit analysis for the implementation of the principle of equality 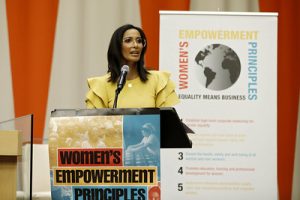 In a world of scarce resources, one of the tasks for economists is to determine how to best allocate them. A cost-benefit analysis helps implement the principle of equality by enabling the selection of the most efficient instruments at the lowest cost. Economic analysis thus serves the common good, which in this case is gender equality. Justifying equality policies on the basis of their economic and social performance differs from this approach to the extent that it does not assess the effectiveness of measures in terms of equality, but rather the legitimacy of equality policies in terms of their expected performance. Since the goal is to justify these policies, this leads to an attempt to show that they are cost-effective and win-win.

The narrative becomes one of convergence between the political and legal goals of equality, the ethical goals of a good society, and the economic goals of an efficient and productive society. Discrimination is thus reduced to a resource allocation issue, especially with regard to labor, that might hinder economic growth and corporate profits. 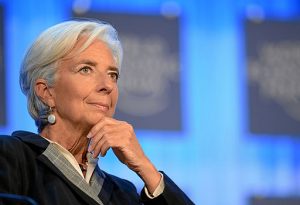 What is the concrete situation from the perspective of economic analysis? If a qualified woman faces discrimination because of her gender and does not get a job commensurate with her skills, this corresponds to a misallocation of human capital. Assuming no rationing of positions of responsibility, human capital would be underutilized, causing inefficiency. In reality, the number of positions of responsibility is limited and not promoting the woman benefits the man who is promoted in her place. This situation is inefficient if the man is less competent than the woman. The company that discriminates against women will therefore pay the cost, because it will be less profitable than the company that does not discriminate. In an ideal world of pure and perfect competition(3)Gary Becker, The Economics of Discrimination, University Press of Chicago, 1971, market laws would thus end discrimination. But if the man is as competent as the woman, then this situation is no longer inefficient and is even optimal in the Pareto sense, because it is impossible to better women’s professional situation without degrading that of men who are already in the position or soon to be promoted. As optimal as this situation may be, it is no less unfair. Moreover, all this assumes that it is possible to closely compare individual skills, but that is not the case. The margin of uncertainty favors discrimination against women on allegedly objective grounds. Under the guise of individual differences, indirect and systemic discriminatory behavior then persists, while shifting the blame to those discriminated against. The relevant question is not the effectiveness of equality, but the fair redistribution of resources and wealth. The issue is not whether the fight against discrimination can grow the cake. Rather it is the distribution of the cake, regardless of its size.

If the righteous argument is profitable why not use it? 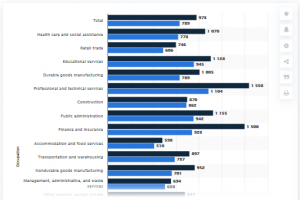 Gender wage gap by industry in the United States in 2018, by median weekly earnings (in U.S. dollars), Statista, 2019

The apparent pragmatism of the economic valorization of equality policies or the fight against discrimination thus offers two benefits: that of a “win-win”, as well as the illusion of consensus in the face of an obvious performance of equality(4)Chantal Mouffe, L’Illusion du consensus, Albin Michel, 2016 . The blind spot question is: if discrimination proved to be profitable, would it be acceptable? The economic argument could no longer be rejected by authoritatively arguing that the evidence is not admissible because the right thing to do is inefficient. Legitimizing equality on the basis of its profitability opens a door that cannot be easily closed.

Indeed, equality is no longer a principle if it must demonstrate its effectiveness. If they are to be structural rather than cyclical, equality policies must be pursued in the name of a principle of unconditional, self-sufficient, and non-negotiable justice(5)Réjane Sénac, L’égalité sous conditions. Genre, parité, diversité, Presses de Sciences Po, 2015. . Collateral benefits are possible, but should not justify or replace the policy objective. 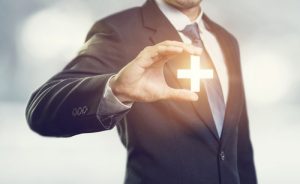 In general, the application of cost-benefit analyses to policy choices, as opposed to the instruments used to achieve them, results in their ranking or even rejection. The resources provided for public action are then determined according to the pursued objective’s cost-effectiveness. The political objectives deemed least costly and most profitable would be selected and possibly justify abandoning ones identified as too costly, or ones for which economic calculations are not applicable. Cost effectiveness then becomes a tool to select objectives and principles, rather than one to allocate resources to the objectives themselves. The “why? ” is then determined and conditioned by the “what?” and the “how?”. If discrimination proved to be cost-effective, what would we do? If fighting gender discrimination “paid” more, for example, than fighting discrimination on the basis of real or assumed religious affiliation, would this justify a ranking of equality policies? 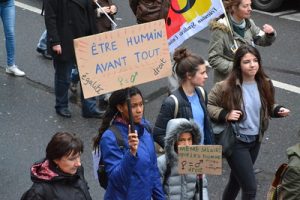 Contrary to what one might be tempted to believe, approaching equality on this basis of its performance downplays and undermines the application of the fundamental principles of equality and individual emancipation. Indeed, the end does not justify the means, but the means shape the end. Consequentialism(6)Hélène Périvier et Réjane Sénac,” The new Spirit of neo-liberalism: Equality and economic prosperity“, International Social Sciences Journal, 2017 is thus of a piece with a new neoliberalism based on the argument of the performance of diversity and the profitability of the fight against discrimination. It aligns with social investment strategy by asserting that equality policies yield more than they cost in terms of their economic and social performance. To avoid subjecting policy to economics without assuming it, one must recognize that using the performance argument to justify equality policies risks making them conditional on profitability, thus making them irrational. It is a denial both of the structural dimension of inequalities and of the aggression directed against discriminated individuals and their legitimate request for justice. Equality will be unconditional or will not exist.