What has become of slum children? 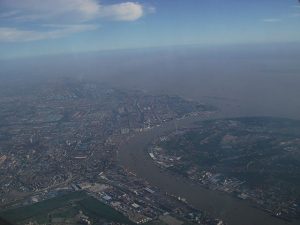 Metropolitan development is primarily a question of scale: around thirty metropolises are about to surpass 15 million residents; six of them together account for 60% of global wealth. China has created three urban mega-regions that see themselves as new centers of the world: the Yangtze delta (150 million people), the Pearl delta (120 million) and the most recent one, which concentrates enormous investments – the Jin-Jin-Ji metropolis south of Beijing, which anticipates 100 million residents. India is following close on China’s heels, and Africa’s urbanization is continuing.

Many large metropolises are also accumulating social and cultural resources that distinguish them from the rest of their national territory, as is the case of London, Tokyo, Istanbul, New York, Paris, Buenos Aires, Mexico, São Paolo, Lagos, Shanghai, Kuala Lumpur and Cairo.

The need for new approaches

The different disciplines have a hard time grasping these large metropolises. A major effort to describe and conceptualize them is being pursued around the world, but the research is not persuasive yet. Geographers outdo each other in imagining ways to characterize so-called global city regions, or urban corridors, on the basis of indicators such as size, resource concentration and the centrality of flows and networks.

Convinced of the need to develop another interpretive framework, “Cities are back in town”, an interdisciplinary and inter-laboratory research group created at Sciences Po at the beginning of the 2000s and affiliated with the Urban School, decided to explore the forms of governance of large metropolises, their underlying tensions and dynamics, their difficulties, their growing resources and the elites’ capacities for action.

Powers traditionally in competition with States

Metropolises are not just about figures and globalized societies: they also raise political issues that are critically important given that cities have often destabilized states. In his famous analysis of the “Western city”, Max Weber established a very clear link between the advent of market capitalism, the entanglement of capacities to exercise political authority and the golden age of European cities between the 14th and 16th centuries. As feudalism disappeared and States formed, the vigorous development of market capitalism and of the bourgeoisie went hand-in-hand with the rise of cities as more or less autonomous actors, culminating in city-states and the Italian urban republics. 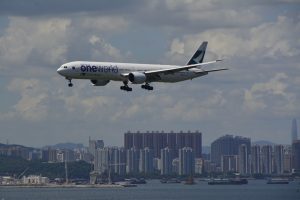 In the 21st century, the scale of capitalism changed as it became immaterial and globalized. States partly lost their quasi-monopoly on political authority, which was now also wielded at the European, international and transnational levels in partnership with private actors (major businesses), international organizations and NGOs. At the same time, forms of city-states reappeared as centers of transportation, logistics, finance and tourism, such as Hong-Kong, Dubai and Panama. Major metropolises also formed networks, such as the C40 group. The networks gradually acquired visibility and legitimacy, to the point of sparking a debate around the creation of a new United Nations agency, UN Urban.

A well-established but undeserved reputation: un-governability

Several schools of thought inspired by classical theories have focused on the un-governability of metropolises: the failure of public policies, the collapse of urban planning and the insignificance of political regulation. These include the Los Angeles school’s “post-colonialism”, which focuses on the “post-metropolis”, Henri Lefebvre-based studies on the general urbanization of the world and the critical geography inspired by French philosophers like Deleuze, Guattari, and Rancière, not to forget the major influence of the sociology of science and technology, of networked actors and of assemblies.
These schools of thought essentially see megalopolises as areas of disorder, experimentation, strangeness and informality; spaces that display and create massive inequalities and segregation; fertile ground for corruption and informal and criminal economies; living areas with underfunded services and infrastructure; congested and ever-expanding monstrosities; and homes to major mobilizations and revolts, and to incomplete sociotechnical systems.

Metropolises do not just equate with ungovernable chao

However, the findings of the collective research program initiated at Sciences Po five years ago (What is governed and not governed in large metropolises: Paris, London, Mexico, Sao Paulo) show the growing importance of public policies in metropolises and the development of regulations that remain incomplete and discontinuous forms of governance, but that continue to grow. The contributions to this issue of Cogito make the same point: metropolises do not just equate with ungovernable chaos. 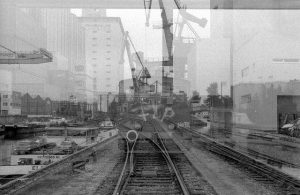 Other issues include access to services and infrastructure, the organization of mobility, tax-raising powers, the mobilization of resources for major events, democracy, the fight against climate change, etc.
These contributions also demonstrate the expanding role of actors other than public authorities: businesses, associations, the army, the mafia, etc. These dynamics appear elsewhere and in other forms, such as in Brazil and Africa, with the growing influence of Pentecostal churches and the emergence of new self-governance groups in squats and slums.
Yet governance is not necessarily a good thing. The “dark side of governance” should not be underestimated: gangs (in Managua), families of annuitants, police involved in the organization and management of drug trafficking, the violence of warlords in Somalia and ethnic and religious violence.

Metropolises as centers of innovation 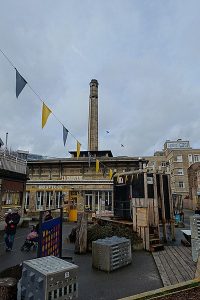 Despite all the difficulties that metropolises are experiencing, they have certainly proven to be creative: they develop effective and extensive transportation networks with dedicated buses, metro systems, bicycle paths, trams and carpooling platforms. They implement innovative social policies, especially in Latin American metropolises, even as the number of recipients continually grows, especially in Africa and in Asia. The emergence of legal innovations has also changed the situation with regard to informal and illegal housing. Finally, international banks and sovereign wealth funds (Chinese and Qatari) are investing in their infrastructure, ports and airports, for better or for worse.

Thus, metropolises are not just subjects. In addition to becoming key political actors in globalization in conjunction with the States, transnational organizations and major banks and businesses, they are laboratories of democracy and perfect evidence of the possibilities and impossibilities of political regulation.

Tommaso Vitale, research head of the Urban School’s masters on “Governing the large metropolis”, Associate professor of sociology at the Center for European studies and comparative politics.