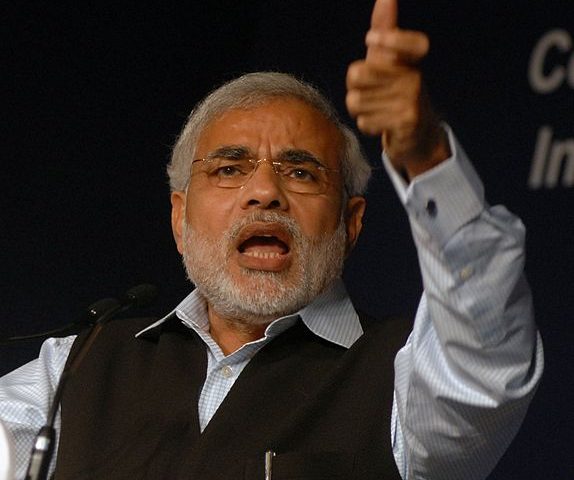 Drawing on an extensive study, Christophe Jaffrelot, research director at the Center for International Studies, vividly portrays a nationalist in his latest book, Modi’s India: national-populism and ethnic democracy (Fayard). He shows how leaders were able to exploit elections to exclude and to establish an ethnic democracy. Interview.

As in 2014, Modi’s party won the last legislative elections. Was this success attributable to its delivering on its 2014 promises on economic growth, or to its new position on security?

Christophe Jaffrelot: Narendra Modi did not keep the promises that he made in 2014. One of them concerned job creation, which is particularly anemic today, to the point that the government tried to conceal the figures during the elections. While private investment was already stalling, the economy was highly affected by Modi’s decision in November 2016 to remove 500- and 1,000-rupi bills from circulation – that is, 80% of the bills used by Indians daily. This “demonetization” operation was supposed to help rid the country of corruption, but had no significant effect in this area. Rather, it brought the economy to its knees, especially the largely predominant informal sector, where all transactions are made in cash. Rural areas were strongly hit, at a time when they were still reeling from Modi’s policy of keeping agricultural prices low to the benefit of the urban consumers who form the core of his constituency. The farmers’ vote accounts for the sharp reversal in fortune of Modi’s party (the BJP) in December 2018, when it lost three northern Indian states – two of which it had governed for fifteen years – to the Indian National Congress Party.

In this context, Narendra Modi changed the theme of his campaign to security in a receptive environment, since the terrorist attack last February in Jammu and Kashmir, claimed by a Pakistani jihadist group, justified extremely audacious Indian strikes in Pakistani territory. India was then gripped by a nationalist hysteria orchestrated by the government and amplified by the media (especially social media). This allowed Modi to discredit his opponent, Rahul Gandhi, who preferred not to embrace the “strongman India needs” approach that Modi took: hence the victory of the BJP, which is otherwise no longer winning regional and local elections.

Narendra Modi has worked to prevent social elites from losing their social position and his action during the last five years has reestablished upper class domination in the country. Can you tell us a little about this phenomenon? 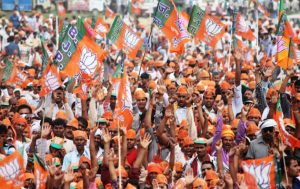 C.J. : These are the subtitles of Modi’s—and other political leaders following similar political styles—national-populism. While Trump expresses a revenge for white supremacists after eight years of Obama administration perceived as acting in favour of Blacks and Hispanics, Modi’s success is largely due to upper-caste Hindus reacting against ten years of a Congress Party government that had applied positive discrimination measures in favour of sub-castes (in particular at university) and, in a more limited way, Muslims.
Modi’s national-populism has been the instrument of a social revenge from upper-castes threatened of a loss of their social position since Modi, acting as a good Hindu nationalist, has aimed at uniting Hindus against Muslim Indians, and even against the country that is increasingly associated with them, i.e. Pakistan. Modi has been able to do this with a populist discourse because he presented himself as an outsider, a man from the masses fighting against the Indian establishment and a political elite incarnated by the Nehru/Gandhi “dynasty”. As a result, there has never been as many upper-caste members of parliament since the 1980s.

Power is centralized, minorities are marginalized, secularism is put into question… is the Indian democracy in trouble? Is there a degradation of the rule of law? What could be the consequences? Is India still the “largest democracy in the world”? 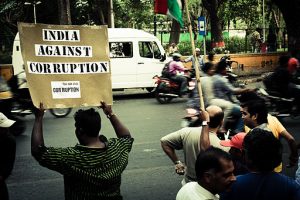 C.J. : The rule of law is under threat in India and the country is tumbling in all the international rankings that assess the quality of democracies worldwide. There are many indicators of such decline: the repeated attacks against minorities (Muslim and Christian) by Hindu nationalist militias show that the police do not protect all citizens equally; the nomination of friends of power at the head of institutions as varied as the Central Bureau of Investigation (the Indian FBI), NITI Aayog (established in 2015 to replace the Planning Commission) and universities tend to put into question the state’s neutrality; the ban on foreign funding for thousands of NGOs has forced many of them to close down. Today, it is the independence of the electoral commission in charge of organizing national votes that is put into question given the repeated – and never punished by the law—infringements of the very code of conduct that the commission had established.
The electoral process has already been degraded given the very controversial decision by the Modi government to create “electoral bonds.” These bonds allow donators to finance a political party anonymously. Such measure further strengthens the role of money in Indian politics and allows businessmen close to power to pursue their influence through an incredibly opaque crony capitalism. Given the circumstances, the Supreme court and the judicial system in general show some resilience, but decisions are not necessarily applied and many courts seem under influence today… 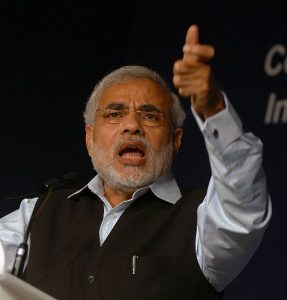 Narendra Modi at the World Economic Forum in India. November 2008.

Finally, what are India’s forecasts in a world in which there is a return to the state?

C.J. :  India no longer favours multilateralism and aspires to become a great power in the international arena. This is made visible by the state’s military investment and Narendra Modi’s diplomatic activism. Modi has mostly concentrated on resisting China and Xi Jiping’s One Belt, One Road programme that Modi sees as a risk of China encircling India. In fact, after Pakistan, previously close neighbours such as Sri Lanka and Nepal may well turn Chinese protectorates. Modi is aware that he cannot resist China alone, and has therefore started looking for allies, the first of which are the United States, Japan and France. However, India’s capacity to become a regional power will depend on the country’s capacity to gain economic power, and in particular, develop a robust industry. Paradoxically, the Chinese seem to be better placed than others to develop the infrastructures India needs! And they are already omnipresent in some sectors…