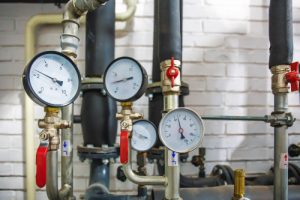 While the energy bill is weighing more and more heavily in the budget of the most modest household, implementing the means to ease the load appears a major social challenge.
Seeking more adapted responses, the Fédération des entreprises sociales pour l’habitat (social housing federation) has entrusted three researchers – François Bafoil, Lise Desvallée, and Rachel Guyet – with studying the issue in different European territories and the implemented solutions. Interview with Rachel Guyet.

What is energy insecurity? How is it measured?

For this project we studied the situation in France, Germany, Spain, England, and Scotland. Only France, England, and Scotland have a legal definition of energy insecurity. While its definition may vary, energy insecurity refers to the same phenomenon: households’ inability to secure adequate energy services in their homes. Several indicators can be used to measure this phenomenon. Great Britain was a pioneer in this area: any household spending more than 10% of its disposable income to ensure thermic comfort is considered to be living in energy insecurity. France uses this energy effort rate of 10% but covers all energy services in the mainland. In 2012, a new indicator was introduced in England: the LIHC (Low income high costs). France has an identical indicator called

BRDE (Low income high spending). Another possible measure in France is that of experienced cold, based on household statements. Finally, Scotland has a 20% energy effort rate that takes into account “extreme” energy insecurity.

Why did you focus on energy insecurity in social housing ?

People who live in social housing are at risk of energy insecurity, but they also have several means to address this threat. Indeed, energy insecurity has traditionally been characterized by three factors: low income, high energy costs, and low-quality housing. 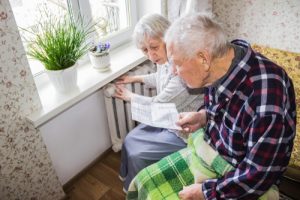 Other dimensions include individual needs, types of heating, means of payment (especially in Great Britain), etc. While people residing in social housing generally have better housing conditions than those living in private housing, their walks of life can make them more vulnerable. The specific constraints linked to energy that they experience, and the way they are treated by landlords, shed light on a specific – and sensible – aspect of energy insecurity. The social housing federation (ESH) that ordered this study from was seeking to better understand this dimension. It also sought to gain a broader view via a comparative approach at the European level.

What are the energy access constraints for social housing renters?

They may face an economic context that forces payment of their financial charges linked to rent and fluids, that is, energy (gas and electricity) and water consumption. They are thus often forced to prioritize certain expenditures, accounting for their energy under-consumption, which can cause physical and mental health problems. The constraints can also have consequences on day-to-day family life, especially that of children. The same situation is involved in the Heat or Eat dilemma.

How can social housing lessors respond?

Despite the political, economic, environmental, and administrative burdens weighing on them, social lessors have become key actors in the fight against energy insecurity. As housing builders, owners, and managers, they are increasingly embracing a mission of assisting renters, especially on energy.

As owners, lessors can help improve buildings’ thermal envelope, and the quality of heating systems, given that heating is collective. Through such technical intervention, they can reduce energy consumption, and renters’ charges. In order to increase the latter’s ability to pay, social housing organizations

are implementing internal or external social assistance to provide jobs-seeking assistance, as is the case in England and Scotland.

In doing so, lessors can act on two of the main factors in energy insecurity: income and housing. In general, the third factor –energy prices – escapes them. However, in France, Great Britain, and Germany, lessors are seeking to join forces to collectively negotiate energy prices, at least for energy for the common areas. Finally, two major initiatives conducted in Scotland are worth mentioning. The first is the establishment of contracts between social lessors and solar panel installers that allow residents to benefit from cheaper electricity. The second is the creation by a group of lessors and local authorities of a nonprofit social energy organization called Our Power

What are the major differences you noted between the countries you studied?

We were able to bring to light significant differences, including: