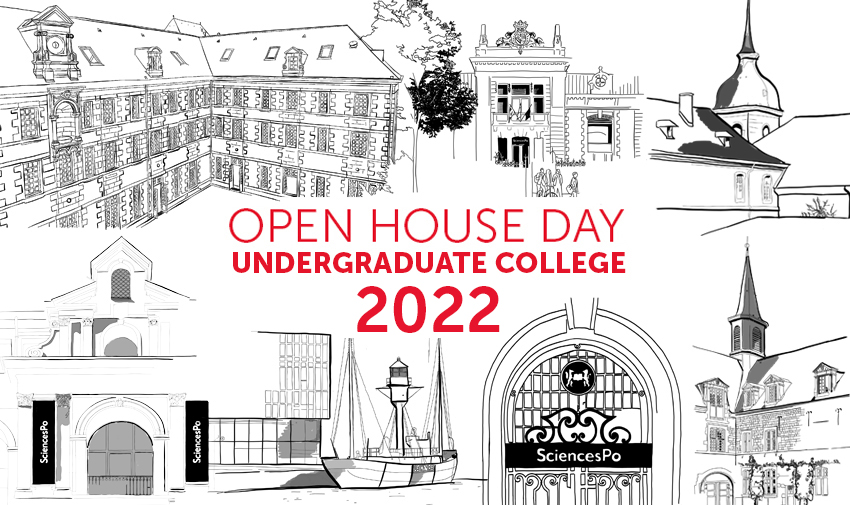 Discover Sciences Po and our Bachelor's degree in the Humanities & Social Sciences!

Get to know the programme, courses and all the benefits of studying at one of France's leading universities. Sign Up!

The Poitiers campus was established in 2001 as the Undergraduate College's Europe-Latin America campus.

A regional specialisation on Latin America, Spain and Portugal

In conjunction with the multidisciplinary programme in the social sciences common to the entire Undergraduate College, students have the opportunity to focus on the political, geopolitical and economic issues of Latin America, in a comparative perspective with the EU, particularly the Iberian peninsula.

The programme is taught mainly in French, with some courses in English and Spanish. Students explore Latin America's history and contemporary questions such as democratic issues, how economies are integrating into the globalised economy, urban development, and regional and continental integration.

Students can also study the two main languages of the geographic area: Spanish and Portuguese.

A unique experience in an international environment

The Poitiers campus has about 200 students, over half of whom are international students, mainly from Latin America and Spain. This cultural diversity makes the first two years on campus an international experience in itself, which is capped off with the third year abroad studying at one of Sciences Po's 470 partner universities or with a dual degree.

Thanks to the small class sizes, students work in a pleasant environment and enjoy very close attention from the faculty for both their studies and extra-curricular activities.

Discover the campus on video

Poitiers, a university town in a medieval setting

The campus, housed in an exceptional building of the eighteenth century, is located in the heart of the city centre with its pedestrian streets and its masterpieces of Romanesque art. It has been renovated and equipped with state of the art facilities and offers spaces suitable for all uses (cafeteria, video studio, music room, coworking space, etc.). It is accessible on foot or by bike, close to housing, cultural and sports centres.

Just an hour and fifteen minutes from Paris by high-speed train, Poitiers is city with an exceptional Gallo-Roman heritage, reflected by a number of historical monuments (including the oldest baptistery in Europe). The city was home to Eleanor of Aquitaine and bears the memory of other illustrious figures, such as Clovis or Joan of Arc. Development of one of the oldest universities in Europe (founded in 1431) has made Poitiers an important university town in France (Pierre de Ronsard, René Descartes and Michel Foucault studied there), with a student population that makes up a quarter of the total population.

Find a place to live, get settled, and get around the city your campus is in… and find out where to go for culture and entertainment.

Virtual tour of the Poitiers campus