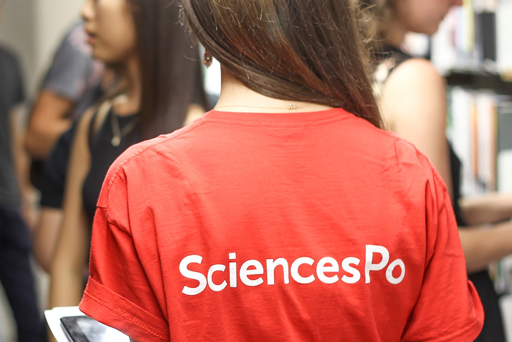 Meet your representative from the International Affairs Division and ask all your questions about the Sciences Po Undergraduate College and the programmes. Register now.

A programme at the intersection of liberal arts and Earth sciences

This dual degree is, first and foremost, a programme combining Bachelor’s level study of Earth sciences at the IPGP and of the humanities and social sciences at Sciences Po.

The genuine educational innovation of this programme lies in its interdisciplinary classes, which are jointly designed by researchers at both institutions.

Entitled ‘Politics of the Earth’, the dual degree invites students to reflect on the dynamics of our planet and current global societal challenges, such as responses to climate change, the transition to renewable energy sources, or the sustainable management of resources. It considers questions of the Anthropocene, a term coined to label the era in which human activity became an unstoppable geological force. Management of natural resources and their intensive consumption, as well as the pollution and global warming generated by an accumulation of greenhouse gases in the atmosphere, are two major examples of the influence of human activity on our planet’s evolution.

Upon completion of four years of study, one of which is spent abroad, students are awarded a Bachelor in Earth Sciences from the Institut de Physique du Globe de Paris and a Bachelor of Arts and Sciences (BASc) from Sciences Po.

The first two years of the programme pair the core teaching of the Sciences Po Undergraduate College, provided on the Paris Campus, with classes in the sciences, taught by the IPGP. Classes take place at both institutions.

The third year abroad is spent at one of Sciences Po’s or the IPGP’s partner universities internationally. While abroad, students are required to take classes meeting their course requirements in both the sciences and liberal arts.

The fourth year is principally devoted to deepening scientific teaching at the IPGP, complemented by interdisciplinary classes offered at either university.

This course demands a strong investment in terms of personal work and study time.

Depending on their professional plans, graduates of the programme may choose to pursue further study within a Master’s programme at Sciences Po, at the Institut de Physique du Globe de Paris, or else on another programme in France or abroad.

more about Bachelor of Arts and Sciences (BASC) : "Politics of the Earth", Dual Degree with the Institut de Physique du Globe de Paris

Discover Sciences Po and our Bachelor's degree in the Humanities & Social Sciences! Get to know the programme, courses and all the benefits of studying at one of France's leading universities.