How generic drugs have changed our healthcare system 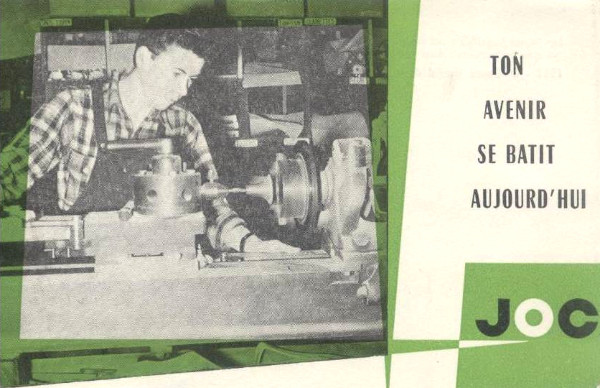 As part of a research project funded by the European Union, Guido Panvini, a postdoc at Sciences Po’s Center for History, is seeking to examine how the Young Christian Workers Movement influenced European political life in the 1960s and 70s. 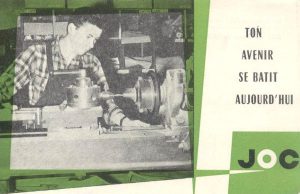 In this study he will assess the role of Catholic associations in social conflicts, and the function of religion in Europe at the time as a source of democratic strengthening. With a his focus on Italy, France and Spain, he is approaching these issues from a transnational perspective that has been underutilized to date, but that provides many insights in this case.

Mediterranean Europe as a laboratory

While a concurrent study of the French, Italian and Spanish stories provide critical insight,

the analysis of France’s position as a bridge between central and northern Europe and southern Europe is of particular interest. It helps explain the similarities and differences between other European nations, such as Belgium, the Netherlands and West Germany, where the Catholic and Protestant worlds faced each other.
From this perspective, the “Young Christian Workers Movement” is a case study of great interest both for its transnational dimension and for its role as a European-level crucible of radicalized youth.

In France, the Union of the Left’s defeat during the legislative elections marked the beginning of a period of ideological revision. In Spain, the enactment of a new Constitution confirmed the emergence of a transition towards a more democratic regime. 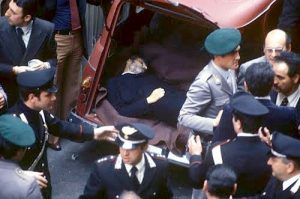 In Italy, the Red Brigade’s assassination of Aldo Moro interrupted a long period of social struggles, while cooperation between the Christian Democrats and the Communist Party fell apart. Moreover, although the working class’s struggles persisted in the three countries, they were overtaken by social transformations: the advancement of the middle classes and the contraction of the working class caused by the automation of industrial production.

The role of the Second Vatican Council

The Catholic Church had encouraged the formation of Christian worker groups in the past. The idea was to curb de-Christianization and the influence of Marxism among workers. The Church was also suspicious of these movements’ autonomy and radicalism. The most thwarted (and ultimately foiled) attempt at missionary work within the working class was pursued by working-class priests, particularly in France and Belgium, where priests had experimented with a different model of apostolate among workers, sharing their difficulties and struggles. 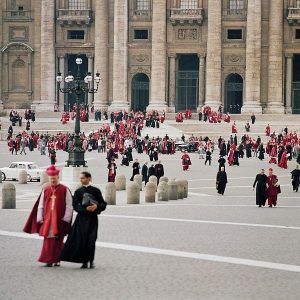 This experience was reconsidered during the Second Vatican Council, which also showed that theological issues were increasingly running up against political and social demands.

A new compromise between Church and capitalism

Thus, the need for international coordination of these social struggle experiences was born. Indeed, greater social justice could only be achieved though new forms of political participation that went beyond national boundaries. 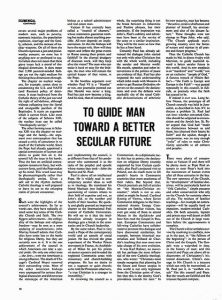 The very structure of the Catholic Church stimulated this process, encouraging communication, information exchange and coordination among different local movements.
During these years of intense collective mobilization, many Christians believed that the time had come to rethink what they saw as a long history of compromise between the Church and capitalism. From this perspective the 1968 protests were a crucial element that accelerated the crisis of post-Second Vatican Catholicism and the transformation of religious sensibility, which was now imbued with political dimensions.

Guido Panvini’s research thus aims to contribute to the study of secularizing and de-secularizing processes that have affected Europe over the past thirty years. The idea is to revisit the traditional narrative according to which de-secularization started in the 1970s, was inexorable and would inevitably lead to the disappearance of religions. It is a strange stance considering that the Second Vatican Council made the link between faith and contemporary society a key issue.
Finally, the goal is to understand whether the radicalization of social conflict pursued by Christian worker movements might have actually been the expression of a renewed religious identity.

*This project was funded through a European “Marie Skłodowska-Curie Individual Fellowship”. It is being conducted under the supervision of Gerd-Rainer Horn, professor of political history and researcher at Sciences Po’s Center for History.