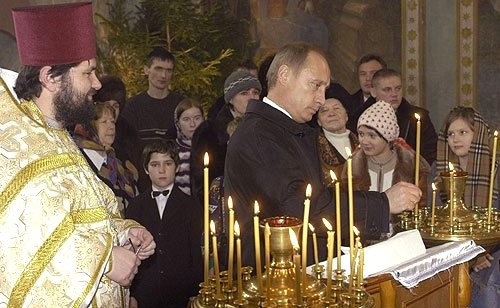 Around the world religion is back. Both domestically and internationally, religion is involved in social issues and politics. The objective of the book “L’Enjeu mondial: Religion et politique” [a global issue: religion and politics] is to analyze this return from different perspectives and in all its diversity. This book, which CERI director Alain Dieckhoff co-edited with GSRL director 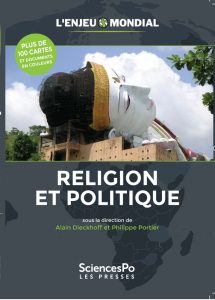 In the introduction you write that the publication of a book about “religion and politics” would have been inconceivable half a century ago. Why? What has changed?

Alain Dieckhoff : From the 1930s and ‘40s through the ‘60s and ‘70s the interpretive framework in the social sciences emphasized a seemingly irreversible dynamic of secularization: God was being marginalized. The phenomenon was highly visible in both the West and Third World countries like the Middle East, which was dominated by a current of Arab nationalism that sought to be secular, and like Nehru’s India. And then things started to change. I believe the turning point that ushered in this new paradigm was the 1979 Islamic revolution. At the time it appeared to be an exception, but it was actually heralding change: religion was going to continue to count in world affairs and was even becoming a major political force again!

What form has this return of religion taken in politics? 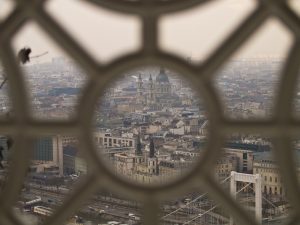 A.D. : This is not exactly a “return”, but rather a new dialectic. One the one hand, a new “politicization” of religion has occurred: religious actors play a much greater political role today. This can be seen in the membership of parties with a strong religious dimension: the Muslim Brotherhood in Egypt, Enahda in Tunisia and AKP in Turkey. On the other hand politics have “de-secularized”, that is, some politicians now promote a religious identity that they had previously kept private. Thus, François Fillon clearly presented himself as a Christian during the French presidential elections. Another example is Viktor Orban, who positions Christianity as a central element of Hungarian identity. Finally, the evangelical movement is very powerful in the United States and in Latin America. In Brazil, the Parliament includes 80 evangelical protestant members who will obviously influence the drafting of laws, especially those on family and social issues.

Paradoxically, you also say that societies are increasingly secular…

A.D. : Yes, secularization is continuing apace to various degrees depending on the latitudes. 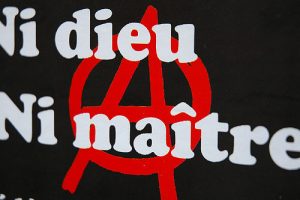 In the United States, for example, surveys show that the share of people who claim to be non-religious is much larger than it was half a century ago. There are clearly more “seculars” than before, but – and here lies the whole paradox – believers are more committed than before! Two visions of the world are confronting each other, creating an antagonism, the depth of which varies across societies: on one side are those calling for a strong assertion of religion and on the other are those calling for secularism. Some proponents of secularism have also hardened their positions: many, particularly in France, interpret secularism as a sterilization of the public space, as if the social space itself had to be virgin of any sign of religion! But the original laicism (of 1905) in no way banned the display of religious identity in the public space. The idea was that the state sphere has to be secular, but on the street Christians can wear a cross, Muslims have the right to be veiled, Jews can wear the yarmulke, etc. 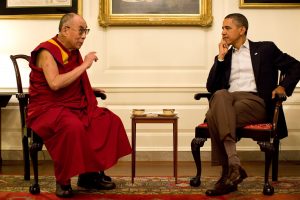 Is the renewed importance of religion in relation to politics a potential source of conflict and tension?

A.D. : Yes, the risk of conflict exists, as demonstrated by the uproar over the caricatures of Mohammed! There is no inherent radical opposition between religion and violence. The combative dimension of faith is sometimes even present in the religious texts themselves. But one must be careful with this statement: religions can certainly fuel violence, but they can also serve to pacify. An example is Rome’s Sant’Egidio Catholic community, which played a very important mediating role in the end of the war in Mozambique in 1992. It is also important to bear in mind that violence is not exclusive to any one religion. The case of Buddhism is interesting: in the West it is often associated with the Dalai Lama and non-violence, but as with all other religions, it can fuel violence. This is currently on display in Myanmar, where a Buddhist majority is supporting a nationalist and exclusivist agenda that is pushing the Muslim Rohingya to flee. 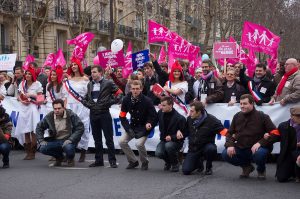 A.D. : Democratic states should defend the freedom to have a religion… or to not have one! International bodies like the European Council and the UN strongly defend this position. Most modern democracies have chosen to adopt a neutral position towards religion. Today this benchmark model is being challenged. Some religious actors are asking states to abandon this position and defend a certain conception of what they see as legitimate, especially regarding social issues: marriage, adoption, procreation, etc. It’s normal that conflicts and disagreements arise. Religion and politics have always interacted and conflict has been resolved in different ways depending on the eras and powers that be. The organization of society requires a determination of religion’s role.