The Covid Debt Must Prepare the Future 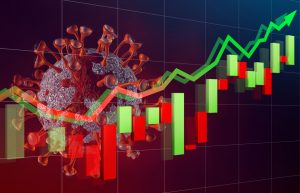 The issue of the public debt incurred during the Covid pandemic divides public opinion, politicians, and even economists. The fear that its repayment will excessively burden future generations is often voiced. Moreover, the profusion of debates it has generated has not made it any easier to understand. Xavier Ragot, President of the French Economic Observatory (OFCE), offers his perspective and makes it accessible. Not only does he believe that the debt’s repayment is feasible, but also that it presents a unique opportunity to invest in a better future. Interview.

Let’s start with a didactic question: who is borrowing what from whom? Who is paying back what to whom? … given that there are many ‘actors’ involved in this issue: the European Union, member states, businesses – including the banking system – and citizens:

Xavier Ragot: This is the crux of the debate! First of all, it is important to understand that the level of public debt in relation to public wealth, measured by the debt-to-gross domestic product (GDP) ratio, is high. It has reached an unprecedented level globally and is higher than what we experienced at the end of World War II. For France, the debt forecast for the end of 2021 is around 118% of GDP (compared to 98% in 2019).
Second, and paradoxically, the interest rates on this debt – that is, the rates that the State pays to those who lend it money – are the lowest they have been in 40 years. The total cost of the debt for the State, which equals all the interest of the State has to pay, is twice as low as it was in the early 2000s! In short, the debt is higher but costs less and less.
How can it be? This brings me to your question. For the past 40 years, the global savings rate has been continuously rising. There are many reasons for this: the development of China, which has a high savings rate, notably due to the weakness of its social state; the transition to a less capital-intensive service economy; the increase in inequality; and the shift in income distribution towards profits.
So we have to look at the problem in reverse: public debts are high because interest rates are low due to the high global savings rate. So governments can borrow to support and modernise their economies without jeopardising their budgets or raising taxes. This is a pretty novel configuration that is fuelling the debate on stimulus packages in Europe and the United States.
In concrete terms, who is lending to the government in this time of crisis? When you keep income in your checking account, the bank uses some of this deposit to buy government debt. Your bank can also keep these deposits with the central bank. European central banks thus hold a lot of savings from private banks. So if you save, you are most likely directly or indirectly financing the state.
Have French households saved during this crisis? Yes, a lot. The OFCE estimates 160 billion in additional savings by the end of 2021. Granted, they are unevenly distributed. Why such a large amount? Household income has been generally stable thanks to unemployment benefits, the solidarity fund, and other policies, while consumption fell by 30% in the midst of the crisis.
The economic equilibrium is as follows: the State has taken on massive debt to ensure the income of households, which have saved a lot. These savings were directly or indirectly lent (through the banking system) to States.
Today, the State is more indebted and households – taken as a whole – are richer, while holding more public debt!

You say that public debt cancellation is a non-issue given the low interest rates. Why? Is this sustainable?

X.R.: The discussion in France has centered on the question of cancelling the public debt held by the central bank. This debate has created confusion around the stakes of public debt. In the European system of central banks, they belong to the States: more specifically, central banks pay their profits back to the States. 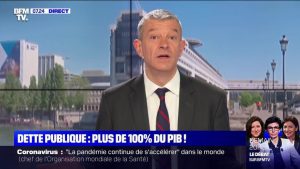 This has always been the case. When France pays interest to the central bank for the amount of public debt it holds, the central bank pays this interest back to the State! The public debt held by the central bank does not cost the State anything. So it would make no difference to cancel the public debt held by central banks. This debate has created great confusion.
Aside from the accounting confusion, this debate appears to be fuelling unwarranted anxiety about public debt. Our States are far from being bankrupt. Public debts are certainly high and will need to be gradually reduced, but the central issue is their cost, not their level. As I said earlier, this cost has been at a low point for 20 years, at around 1.3% of GDP. We even have the opportunity, if the need arises, to finance useful projects with debt. Public debt is more of a solution than a problem.
The implicit question is: will real interest rates stay low? I think so, for the aforementioned structural reasons. Nominal interest rates will rise with inflation, but what matters to the government is the difference between these rates and inflation, i.e. the real rate. All forecasts anticipate that this gap will remain small in coming years.

You believe that this debt can be beneficial rather than detrimental to future generations.

X.R. : The intergenerational effect of public debt is a difficult subject that has also created a lot of confusion. Some have gone so far as to write that we are indebting future generations, which makes no sense. The State is indebted to current generations and repays future generations. Those who hold this debt tomorrow will receive the interest paid by the state. The State may need to raise taxes to pay for this interest. The redistribution effect within the future generation will therefore be between those who receive the interest and those who pay the tax. What we have to be careful about is ensuring that the public debt does not contribute to increasing future inequalities. 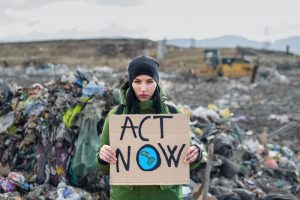 However, the important point is how the state will use the money it is borrowing from current generations. If it invests in the energy transition and in maintaining biodiversity, then future generations will benefit from the public investment. The key question is therefore what we use this budgetary flexibility for.

How much of this debt is going towards investment? Can Europe and France draw from Joe Biden’s recovery plan?

X.R.: The Biden presidency marks a dramatic shift in the direction of U.S. economic policy, some elements of which had already started under Trump: a massive transfer to households (the $1,400 check), an investment plan, a tax increase for households earning more than $400,000, a tax increase on U.S. companies, a return to the Paris climate accords, an increase in the minimum wage. Congress may not pass all of these, but there has been a significant shift in economic policy in the United States and globally.
Should Europe draw on the Biden plan? Yes, but we must bear in mind that the European debt is additional to the national debts that I mentioned earlier. The European 750-billion-euro plan is an additional debt at the European level. This European debt marks a fundamental change for Europe: a new form of European solidarity to help countries like Italy, in particular.
I call for an additional plan that would focus on investments in current and future generations: the environmental transition, health, and education. This plan would ideally be European, although it could be implemented at the national level. Interest rates are low and would enable additional investments at the national level to the tune of 50 to 100 billion euros. It is therefore more to the second Biden plan (the investment one) that we should look than the first plan, which consisted of supporting household income, as was done in France.

Most households have seen their savings increase, while others have lost most of their income. How can these differences be corrected?

X.R.: The effect of the Covid crisis on income and wealth inequality is difficult to grasp. I mentioned that household income has remained more or less constant during this crisis, as confirmed by recent studies by INSEE, the Economic Analysis Council, and OFCE. Households have lost income, especially the youngest households under 25 years of age, who do not have access to the earned income supplement (revenu de solidarité active — RSA). I note that it is difficult to identify the households that have lost the most. Our statistical system is not geared towards quickly obtaining data on household poverty. Young people who can no longer work in temporary jobs, who can’t find a fixed-term contract, etc., are not included in our statistics. These people are difficult to identify.

This crisis is also creating inequalities between businesses: entire sectors have already benefited, while others will lose out when the support measures are lifted.

X.R.: After the effect on households that I just mentioned, the effect on businesses is also debatable. First, at the aggregate level, businesses have recorded around 90 billion in equity losses. These losses did not translate into bankruptcies thanks to public measures such as the solidarity fund, the 160 billion in state-guaranteed loans (PGE), and the deferral of tax and social security charges. Bankruptcies fell in 2020 compared to 2019. I think we will see a significant rebound in consumption when the health constraints are lifted this summer and fall. A gradual repayment of PGEs could therefore help avoid a wave of bankruptcies
As you mention, however, this overall picture also hides strong sectoral unevenness. Manufacturing is emerging relatively well from this crisis. Services to households, hotels and restaurants, trade and transport equipment, account for 60% of the fall in activity.

Business support must temporarily absorb the shock but also build tomorrow’s world, particularly with regard to the environmental transition. A massive investment plan would enable a faster reduction in business support while moving the productive system towards a low-carbon economy. Finally, to conclude, this investment plan is one tool among others in this productive evolution. We must implement a border adjustable carbon tax in the European Union that includes a compensation system for the poorest. Our whole socio-tax system must evolve to ensure a just transition to a low-carbon economy.